TOKYO -- Konnichiwa! Greetings from Japan, where I've been for nearly a week leading up to yesterday's launch of our latest international edition, HuffPost Japan.

Japan is an amazing place -- almost overwhelming in how singular and beautiful it is. And we are fortunate to be launching HuffPost here at a remarkable time. This is a time of big transitions. Japan's spirit is being tested by the same recession and financial crisis afflicting all industrialized nations. But some of the solutions to these new and unprecedented difficulties might well turn out to be found in the most ancient Japanese traditions. Some here are finding that, to go forward, they must go inward. By looking to their oldest customs, the Japanese can find the tools to make it through a very modern crisis.

Every country hit by the global financial crisis is going through it in different ways -- or, to borrow from Tolstoy, every unhappy country is unhappy in its own way. Japan spent much of 2012 in recession before a small uptick of .2 percent growth for the fourth quarter. The country has a much lower unemployment rate than we do -- 4.1 percent -- but that obscures other problems, like falling wages, deflation, and low growth.

Also, according to the World Economic Forum, Japan ranks 101st in the "gender gap index" -- women constitute only 12 percent of new hires in career-track jobs.

And last year winter bonuses fell for the first time in three years, with a decline of almost 4 percent -- the third biggest drop on record.

But numbers don't tell the whole story. There's a widespread sense that Japan's idea of itself as a country on the cutting edge of technology is slowly becoming outdated. Japanese tech giants are having a hard time keeping up in a globally competitive environment. And a report in the Tokyo Times concludes that Japanese tech firms are no longer as desirable a destination as they once were to the top ranks of young talent. As Ryuichi Yoshinaga, president of the IT employment firm Pasona Tech, put it, "The appeal of working for a Japanese company is diminishing."

Some of the particular problems Japan is facing are demographic. Last year, the number of workers aged 60 or over hit a record high, growing by over 3 million. Those who are 65 or older now make up 22 percent of the country, the highest proportion in the world. Japan is also seeing the most rapid population decline of any country in the world, and last year saw its biggest population drop -- nearly 300,000 -- since record-keeping began in the 1950s.

But Japan's identity crisis is falling most heavily on those who must carry that identity forward -- the young. The lack of opportunity and mobility available to young people has become so entrenched that they're now referred to as the "Lost Generation." Many of the young people I've spoken to this week blame the long work hours and the uphill battle for advancement for their decision to have no children, or no more than one. In an astounding survey among 20-year-olds, over 55 percent of men preferred that their wives stay home (among women, 44 percent want to stay home).

The anxiety, uncertainty and even despair have manifested themselves in the country's suicide rate, which, since 2007, has risen by 250 percent for those around age 20. Of course, this bleakness isn't confined to the young; Japan overall has one of the highest suicide rates in the world, with more than 27,000 suicides in 2012 -- the first year in 15 years where fewer than 30,000 people killed themselves.

Paradoxically, there are answers to be found to all these very modern stresses in the most ancient Japanese traditions. Japan is a place that puts great emphasis on balance and harmony, and the tools to help the Japanese find a new harmony and equilibrium in these very unharmonious times are all around them. There are shrines and temples and gardens everywhere. It is common to see monks meditating and even to join them in meditation (which I did at 8 a.m. on Sunday at the Nanzenji temple in Kyoto). And even an ordinary meal can have an extraordinary power to it, with each place setting positioned in a certain way, each course presented with ceremonial beauty. Life Artistry -- cultivating the ability to allow ourselves to be moved by small things -- is at the heart of Zen. "The food on the table, the beautiful dish, a flower in a vase. Each time we allow ourselves to be touched by even one thing," writes Steve Beimel, "that offsets one potential complaint in our consciousness... The cumulative effect over time is profound."

Most fascinating is how some of these ancient traditions are being tailored to directly confront the new challenges the country is facing. In 2011, a Buddhist temple in the Kawachinagano, Osaka Prefecture, began a program using Zen meditation, cold-water ablutions and other traditional ceremonial practices, along with lectures, to help young people looking for jobs. More accurately, it's not just about finding a job, but finding the right job -- and to do that, a person has to truly know who they are. "Many young people try to get jobs at major companies because of the companies' brand and status," said chief priest Zenkai Imoto. "Our practice should provide opportunities for young people to find what it is they really want to do."

As the Japan Times reported recently, the practice has caught on. "An increasing number of job-seeking students get into a state of depression and commit suicide, so I thought something must be done," said Shudo Abe, one of a group of Zen priests from the Soto sect who have been organizing similar sessions. According to the National Police Agency, in 2011 150 people under 30 committed suicide for reasons specifically related to job rejections, which is over 2 times the number from 2007.

The sessions are meant to help young people regain a sense of perspective. "Your life is not entirely determined by the results of your job-hunting activity," one monk told his students. "The evaluation of you at a job interview shows just one aspect of you." And tapping into their own ancient traditions seems to be helping. "I came here because I thought that Zen meditation may be good for regaining my composure," said one student.

Another group in Tokyo is combining some old traditions like Buddhism and Shintoism with new practices like DJing and creating multimedia art, in an effort to provide relief to young people from the ongoing stress of the tragic earthquake of 2011. "I feel the Great East Japan Earthquake of March 2011 has severely affected the psyche of young people in Tokyo," said an organizer, Gashin Tomomitsu. "We started this event as we felt there was no place for them to relax and feel energized."

And charms from local shrines are everywhere. Even the editor-in-chief of GQ, the super-hip Masafumi Suzuki, arrived for an interview in our offices carrying a bag adorned with many charms with bells. And our Japanese editors gave me as a present a set of IT charms from our neighborhood shrine, to protect my laptop and other gadgets (it's a lot easier than a trip to the Genius Bar!).

Then there's the Japanese tea ceremony, the heavily-choreographed, nearly 1000-year-old ritual: "Preparing tea in this ceremony means pouring all one's attention into the predefined movements. The whole process is not about drinking tea, but is about aesthetics, preparing a bowl of tea from one's heart."

The essence of the Japanese aesthetic is Ma -- space, the pure and essential void between "things," the emptiness full of possibilities, promise waiting to be fulfilled. As Lao-Tzu put it,

"Thirty spokes share the wheel's hub; it is the center whole that makes it useful.

And then, of course, there's haiku:

The water is deep In the ocean; Drought in the land

No wonder the Japanese have taken to Twitter much more than they have taken to other social media platforms like Facebook. They are already used to conveying complexity and nuance in a few words. "In finding fulfillment in expressing what's on your mind for the moment, Twitter is like haiku," says Rocky Eda of Digital Garage, which works with Twitter in Japan. "It is so Japanese." Like the U.S., Japan is facing huge challenges. But by taking old traditions and adapting them to solve new problems, and taking new innovations and applying a uniquely Japanese twist to them, by going both forward and backward, both outward and inward -- juxtapositions that in Japan don't have to be contradictions -- the people of Japan are poised find a new and vibrant balance for the 21st century. Or, as Takahama Kyoshi wrote:

A paulownia leaf Is falling down with Sunshine on it 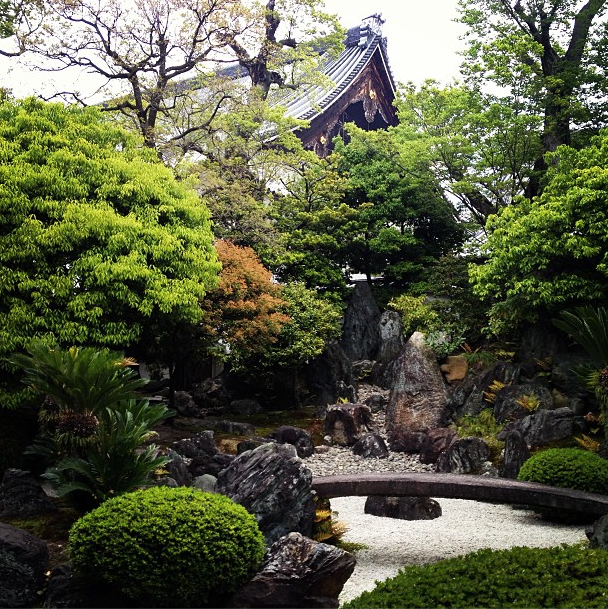 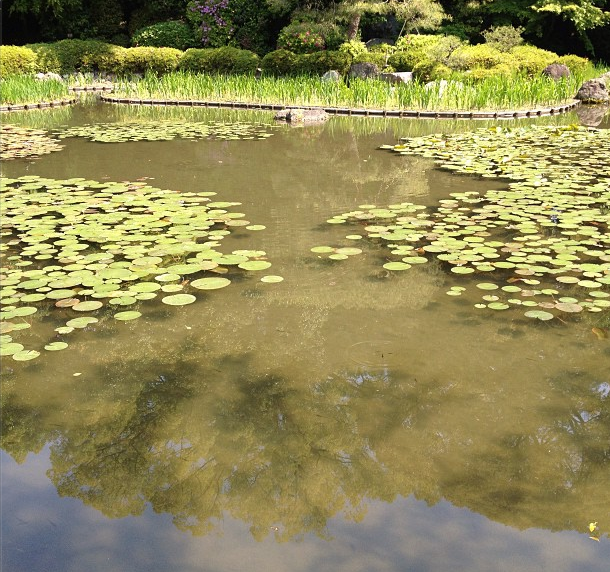 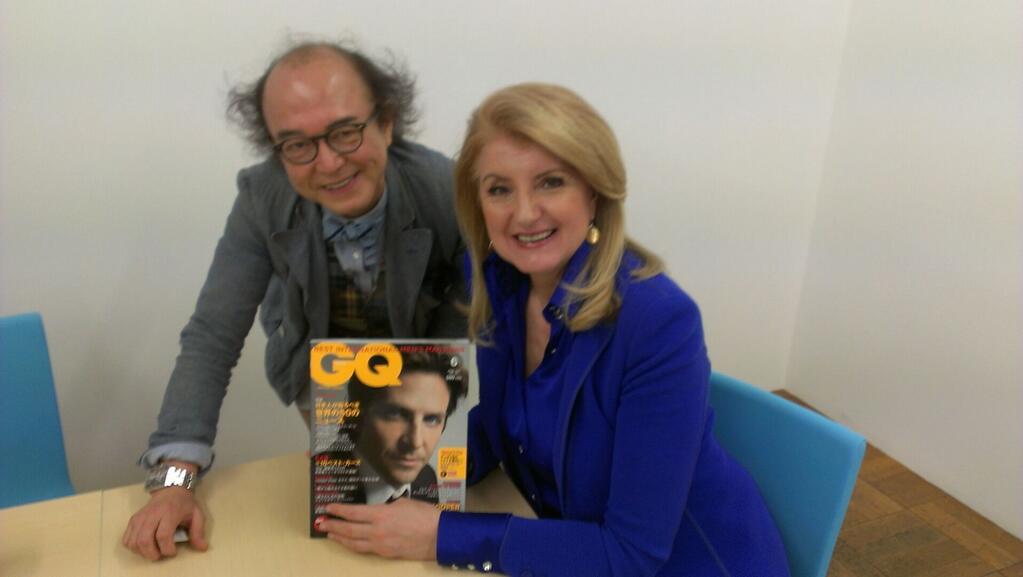 This story appears in Issue 48 of our weekly iPad magazine, Huffington, in the iTunes App store, available Friday, May 10.