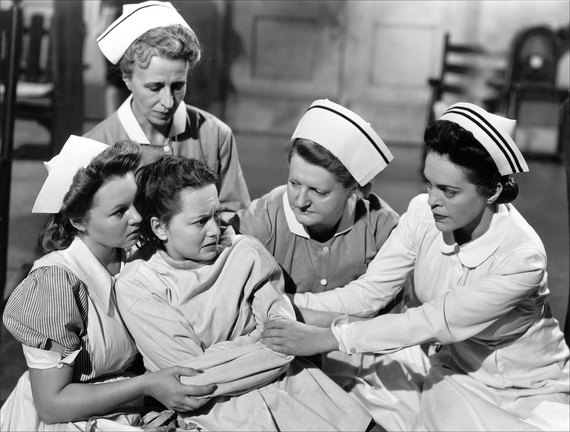 I want to shed some light on the crazy ups and downs of post partum. A combination of hormonal changes and sleep deprivation can take it's toll on a new mom. I thought I'd share my personal story in hopes it might help a little.

I remember reclining in my lounge chair in the summer nine months pregnant and reading What to Expect When You Are Expecting. I confidently skipped through the chapters about postpartum hormonal imbalances. I considered myself to be quite in tune and in control when it came to dealing with my own emotions and feelings. I wasn't moody or emotional, I was pretty laid back, and if I ever was moody... 99 percent of those moods were good ones. So I figured a little less sleep and a few extra hormone changes wasn't going to alter who I was... bahahaha! Oh little did I know.

I woke up at 5:00 a.m. on a typical Friday morning after a crappy nights sleep. With three days until my due date I came home from a family dinner that night thrilled to be in bed by 9:00 p.m.... just when the baby started to make its grand entrance. Unbeknownst to me at the time was the fact that until my son was born I would be in way too much pain to even so much as close my eyes for a few winks.

At 5:31 a.m. on Sunday morning my little boy was born and after 32 hours of back labor, I was exhausted but too excited to sleep! By the end of the day I officially hadn't slept in 65 hours! When I finally fell asleep it lasted all of an hour and a half between the five other crying babies in the room and having to nurse. So the following night we got a private room in desperate need of sleep... but by then my insomnia, 18th wind and adrenaline rush had kicked in and I slept a mere 45 minutes. So on Tuesday when I got home from the hospital I had slept two hours and 15 minutes in four days! Insert sleep deprivation here. I'm not talking about heavy eyelids and wide mouthed yawns that call for an early bedtime. I'm talking about severe insomnia and sleep deprivation that call for a straight jacket and a padded room. I think somewhere around the 72 hour mark you are clinically considered insane if you don't sleep, so I was borderline loony bin at this point.

For the first five days I was home, I could not sleep longer than two hours max each night. I had no idea how much sleep deprivation affected a person mentally. I was having unusual thoughts when I was awake and when I did doze off I would have bizarre dreams. I would startle awake frantically flipping back the sheets thinking my baby was underneath them. I would walk around the house in the middle of the night wondering where my pump was, all the while carrying it in my hand. I would wake my husband to tell him what time it was and that I thought I heard something. I would stress about the laundry not being done, I would check and recheck to make sure his room wasn't too warm, I would re-organize his clothes for the millionth time or I'd lie awake counting how many times I had nursed him. I felt like I was losing my mind. Not figuratively, but literally.

To make matters worse, it's been studied that people with insomnia are nearly three times more likely to develop depression over the next 12 months and more than twice as likely to suffer from anxiety. Well add that to existing postpartum hormones and the anxiety I was already experiencing and the stress of being a new mom and it was a recipe for disaster.

I was mentally exhausted from lack of sleep, which very quickly led to being emotionally exhausted as well. I felt such love towards my little man so I ruled out postpartum depression and just assumed it was all part of being a new mom, and that maybe I just couldn't handle it. Add on the guilt. I had no coping skills for stress and I would cry at the drop of a hat. I felt such a strong connection to my baby but I felt a complete disconnect from my own thoughts and emotions. I would be having a great day, convinced that I was feeling 100 percent better... then the littlest thing would go wrong and send me back into an emotional whirlwind. I remember many nights during a breakdown I would be crying about nothing and everything and then feeling bad for crying and crying even more. In those moments I felt guilty for being sad, then frustrated that I couldn't get it together. I had to constantly remind myself that it would get better and that it was my hormones and not me. Then the next day I would feel like a million bucks again. It was an emotional rollercoaster. My poor hubby... he was my rock.

Finally I decided I needed to do something. I started talking with friends and other moms about how I was feeling and sharing my experiences. That alone made a huge difference in my emotional state. Then I saw a nutritionist/homeopath who had so much knowledge in what my body was going through. Physically I was suffering from adrenal gland fatigue (very commonly diagnosed in the medical field as depression). In a nut shell, your adrenal glands secrete the hormones that are responsible for responding to stress. Since my adrenal glands were so run down from such a long labor, followed by no sleep, my body was constantly functioning in the "fight or flight" mode and after a while my body was simply unable to cope and handle stress. Hence why the littlest thing would set me off. I desperately needed sleep but with all the adrenaline pumping through my body... it was like trying to sleep after going sky diving. I was too exhausted to sleep. And the vicious cycle starts. So she supplied me with amazing vitamins and supplements to rebuild my adrenal glands and B vitamins to help support my adrenal stability. Finally my nervous system and stress levels calmed down and I was able to sleep! It's amazing what some shut eye can do. A few great night sleeps and I felt like me again.

So for new moms out there struggling with postpartum depression, baby blues, or anxiety... I know how hard it can be to get out of this rut. There is so much awareness about what your body goes through during pregnancy and labor but not as much awareness about afterwards. Just know that you are not alone in dealing with these changes. Talk to friends, talk to family, join support groups and educate yourself on postpartum changes. But most importantly... be kind to yourself and know that you are doing a great job!

There is no way to be a perfect mom, but a million ways to be a great one ~ Author Unknown