Washington Post senior columnist Charles Krauthammer wants Russia to build more nuclear weapons. Why? Because he thinks we can shoot them out of the sky like clay pigeons. This is simply not true. The Post's promotion of this fantasy could lead to global disaster.

Krauthammer supported the arms control treaty negotiated by conservative President George W. Bush, but now opposes the similar agreement crafted by progressive President Barack Obama. Instead, he says we should "invite the Russians to build as many warheads as they want."

It doesn't matter because, he claims, "We can reliably shoot down an intercontinental ballistic missile." This is demonstrably false. We cannot now reliably shoot down a real long-range missile. We have never been able to do this and there is no prospect that we will able to do this in the future. Claims that we can are not true. People who repeat these claims are not telling the truth.

These false claims are based on carefully staged demonstrations where interceptor rockets hit missile targets. The trick? The targets cooperate. They have known characteristics including size, velocity, radar signature, and are carefully directed into exact position for the "intercept." They even have little transponders guiding the interceptor with an electronic "here I am." Still, the successful hits are counted in single digits after 30 years of trying.

There is close to zero chance of intercepting a real long-range missile. Why? Because real missiles don't cooperate. They hide their warheads with decoys, jammers, chaff, spin, and radar-reflective coatings. If we can't see it, we can't hit it.

Our intelligence services concluded 10 years ago that any country capable of building a long-range missile (including North Korea) could build any or all of six basic "counter-measures" that could defeat any know defensive system. Russia, China and the U.S. have already done so. 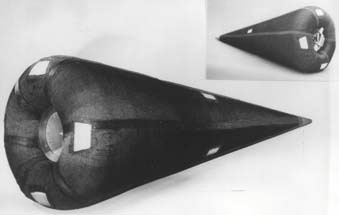 Tests in the 1990s with realistic decoys (balloons with the same radar and infrared signature as the warhead) showed that our sensors could not pick out the real warhead from the fakes. Did we stop the missile defense program? No. We stopped using realistic decoys. We dumbed down the tests. Testers call this "testing for success." Most of us would call this "rigged."

This is not the first time the Washington Post has knowingly published false statements. Last week, in the only oped the Post ran before the Moscow summit, the former head of the missile defense program, retired General Trey Obering, also claimed the anti-missile system for Europe he was rushing to deploy in the last years of the Bush administration would provide "cost-effective protection." He trashed an independent joint assessment by US and Russian scientists that found the system would not work.

Two of the scientists, MIT's Ted Postol and nuclear-weapon designer Richard Garwin, wrote a detailed rebuttal, correcting Obering's factual misstatements. I have seen the oped they submitted. They objectively examine the flaws of the anti-missile interceptors and the fact that the radar cannot "discriminate between warheads and decoys."

We assess that the planned European missile defense system would have essentially no capability to defend against a real missile attack. ... This system has not been proven and does not merit deployment. It would offer little or no defensive capability, even in principle. At the same time, its deployment would result in large security, political, and monetary costs.

Congress has required that the Secretary of Defense certify that the interceptors have been shown to work "in an operationally effective manner" through "successful, operationally realistic flight testing" before they can be deployed in Europe. This has not occurred. Testing of the interceptors has not begun and will not be completed for several years. The interceptors proposed for Europe would use the kill vehicle and a modified version of the interceptor booster being fielded as part of the Ground-Based Midcourse Defense (GMD) system. This technology has not been adequately tested and has no demonstrated capability in a realistic attack scenario. None of the GMD tests have included realistic countermeasures or tumbling warheads. All flight intercept tests have been conducted under highly scripted conditions with the defense given advance information about the attack details. For these reasons, the intercepts achieved in past tests of the GMD system say nothing about the effectiveness of these interceptors under real-world conditions. Until these systems are subjected to an honest technical assessment and a rigorous testing program, there will be no data on which to base an assessment of how effective they might be in an actual attack.

Claiming that this system is effective when it is not is dangerous and could contribute to unwise decisions by U.S. policy makers.

But President Obama should not wait for the Washington Post to re-discover its obligation to provide its readers with facts instead of spin. He should call these scientists to the White House so he can hear first-hand why he should stick to his guns and only deploy weapons that work. Starting a new arms race is bad enough. But deploying scarecrows while the other side deploys nuclear weapons is dereliction of duty.