Though only hospitals, pharmacies, urgent care centers and doctor's offices are 'pot boxing' right now, the legalization of recreational marijuana in Washington and Colorado means that makers of the cupcake dispenser's 'nefarious counterpart' may soon start cracking the mainstream market.

SCROLL DOWN TO SEE A PHOTO OF THE VENDING MACHINE

Medbox -- a California company that manufactures marijuana-dispensing vending machines -- is working to modify its machines to sell to recreational users, NBC News reported. The vending machines currently take a pre-paid member registration card, use a pre-registered fingerprint sample to identify customers and track all transactions.

In a statement made Wednesday, Medbox announced its plans to focus on its consulting services, advising businesses in Colorado and Washington on how to navigate the legal hurdles of starting a pot dispensary. It also announced it had over $1 million in cash reserves -- a 1000 percent increase from the prior quarter -- and $940,000 in new revenue.

The company has already seen its share of excitement in recent months since marijuana won several electoral battles in the 2012 elections.

In November, Medbox stock went from lingering at around $3 a share to a staggering $215 -- a 3,000 percent share price spike -- in a matter of days. The rapid escalation prompted the company to release a statement warning that the price was greatly exaggerated. But after dropping back to $20 and then spiking slightly again, the stock seems to be holding steady at around $60 a share, still well above its value in previous years.

Another company that makes marijuana vending machines, California-based Autospense, was sued by Medbox in the Spring of 2012 for infringing on a federal patent. 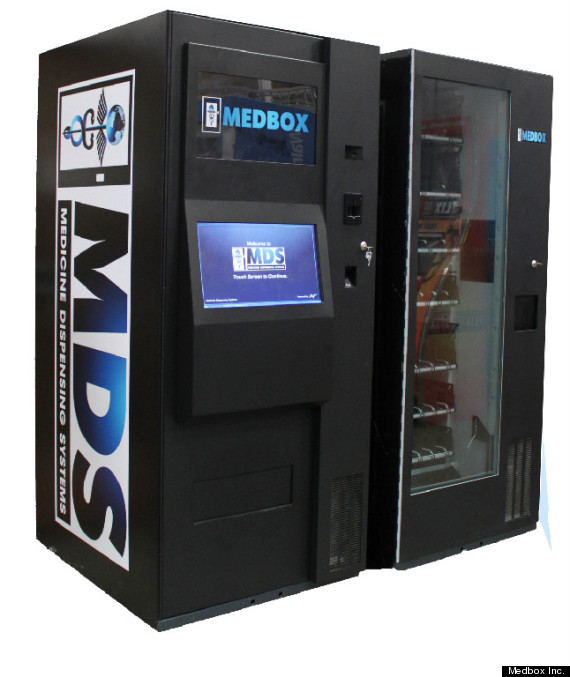