In 1965, President Lyndon Johnson called the Potomac River, polluted with sewage and riddled with algae blooms, a "national disgrace." As a toddler growing up in Arlington, Va., when LBJ made that remark, I was unaware that I even lived near a river. But now I live in a house that looks out over that same Potomac, about fifty miles upstream of the nation's capital. Those words from the President sparked a movement to clean up the river, the results of which I see and benefit from each and every day. 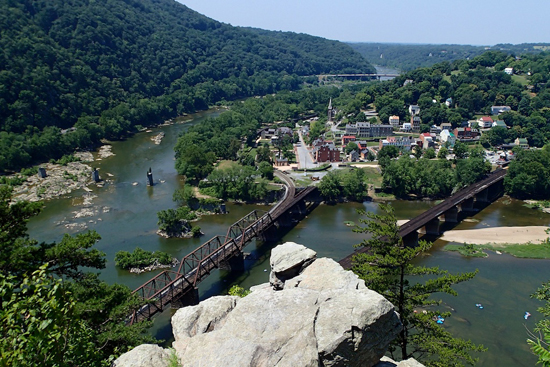 The confluence of the Potomac and Shenandoah rivers at Harpers Ferry. (Photo by Ed Felker)

The Potomac flows 405 miles from the Appalachian Mountains, through mining and agricultural regions into increasingly densely populated areas, past the District of Columbia and into the Chesapeake Bay. It is a river steeped in history, and countless landmarks line its shores. From Harpers Ferry, ferociously defended, captured, lost and recaptured in numerous Civil War battles (and a favorite hiking spot of mine), to George Washington's beloved home on the Potomac, Mount Vernon, the Potomac is a national treasure. But it's not just a backdrop for a fascinating history. Five million people in the Washington metropolitan area rely on the Potomac for fresh drinking water today.

Forty years ago this year, the Clean Water Act of 1972 (CWA) was signed into law, and resulted in expansive, real improvements in the health of the Potomac River. The algae blooms slowly vanished, the fish began to rebound, sewage has been cleaned and reduced. But it is still very much in peril. I see some of the threats to the river every time I take my dogs for a summer swim, every time I kayak downstream, and every time I wade the waters with a fly rod in pursuit of smallmouth bass or those omnipresent yet oh so elusive carp. 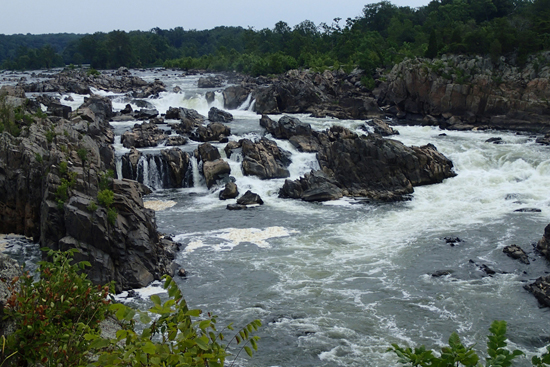 The Great Falls of the Potomac River. (Photo by Ed Felker)

The pollution I can see is alarming. Some of it I know is picked up from yards and roads during floods and carried downstream -- tires, barrels, countless jugs and bottles. But the most disappointing brand of pollution to see is litter recently deposited by people fishing or swimming: Food wrappers, beer cans, bait containers and, believe it or not, used diapers. I read somewhere that it takes 450 years for a disposable diaper to biodegrade. I cannot tell you how many I have seen along the shores of the Potomac.

But the pollution I can't see is even more damaging. Fish kills are regular occurrences on the Shenandoah and Potomac rivers, wiping out such massive numbers of fish in the system that it takes years for the populations to recover. Expert opinions differ on the causes, but most point to pharmaceutical and personal care product contaminants, some of which didn't even exist when the CWA came about. Shockingly, there has been an increasing occurrence of male fish producing eggs. And every year I regularly see lesions on fish coming out of the Potomac. It doesn't take a scientist to figure out these are not good signs.

The CWA was critically important and made a real difference, but has it gone far enough? Perhaps a new documentary about the Potomac River will help shine a light on how the law has worked and, more importantly, how it hasn't. 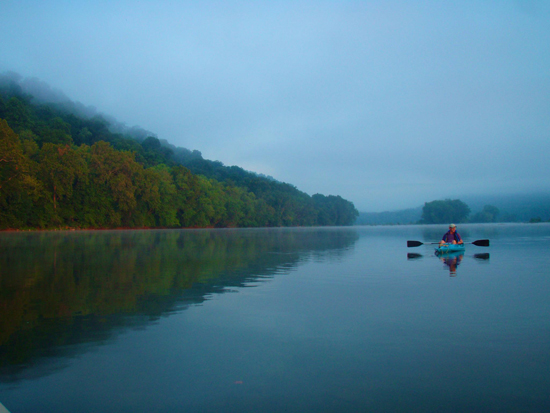 A kayaker paddles along the Potomac at dawn near Knoxville, Maryland. (Photo by Ed Felker)

The Nation's River (working title), from producer/director Hunter Weeks and Washington, D.C.-based producer Joe Cantwell, along with presenting sponsor Trout Headwaters, Inc., will focus on this important watershed and the challenges the Potomac has faced - and still faces. The film will also set the stage for a series of river-based films. Weeks' last film, Where the Yellowstone Goes, a poignant portrait of the longest undammed river in the continental United States and a film I admire a great deal, will be showing November 17th at the Alexandria Film Festival. After the film, Weeks will officially announce the new project and launch the series of river-based films exploring, in the words of Trout Headwaters, Inc.'s Mike Sprague, "how important healthy rivers are to the health of our nation."

"I'm excited for this story on the Potomac River," Weeks said. "This river represents our nation in so many ways, from its rich historical perspective and pure individual beauty to the ways it has fought to be cleaner during a time of massive urban growth." 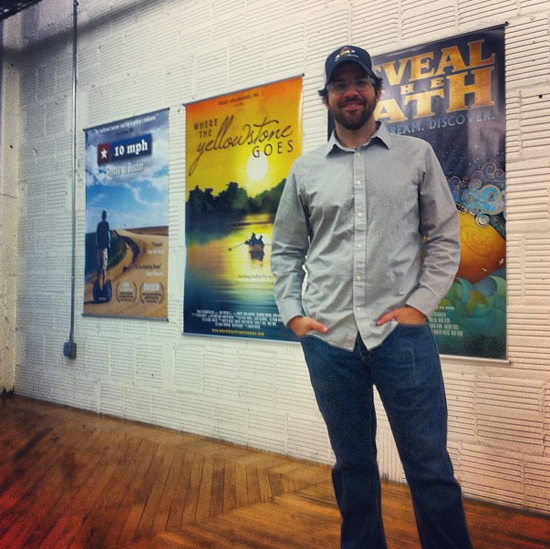 The film, slated to begin production next spring, may surprise some who view the past 40 years of the Clean Water Act as an absolute environmental success. The balance between growth and the protection of natural resources is delicate and never-ending, and the stewards of those resources fight an uphill battle. Weeks, in his signature artful, thoughtful and compelling way, is sure to shed some interesting light on the CWA in what he calls, "The Food, Inc. of water films." (Food, Inc. is a 2008 documentary about the food industry. It is not a flattering portrayal.)

There are many people and organizations working hard to ensure the Potomac and other American rivers stay clean and healthy. But perhaps the visible success of the CWA over the past four decades has in some ways prevented a widespread, critical look at the legislation and its impact. On this 40-year anniversary of the CWA, with growth and development exploding all along the watershed, a critical look has never been more important.

"Never in history have we faced such threats to our freshwater resources," Sprague said. "We must work together, and quickly, if we are to conserve and restore the rivers that are the lifeblood of our nation."