Remember the poutine-flavored soda available in Canada from Jones Soda Co., which we wrote about last week? We wrangled a six-pack and conducted a taste test. The results... were not pretty.

But before we launch into editors' particular grievances, let's start by saying that this soda is objectively gross and we find it very hard to believe that Jones Soda Co. intended it to be otherwise.

In recent days the company has spotlighted videos featuring individuals with not-so-positive assessments of the soda's taste, which leads us to believe the limited-edition soft drink is just a promotional stunt. Given the amount of attention the product has received, it's been quite a successful one. 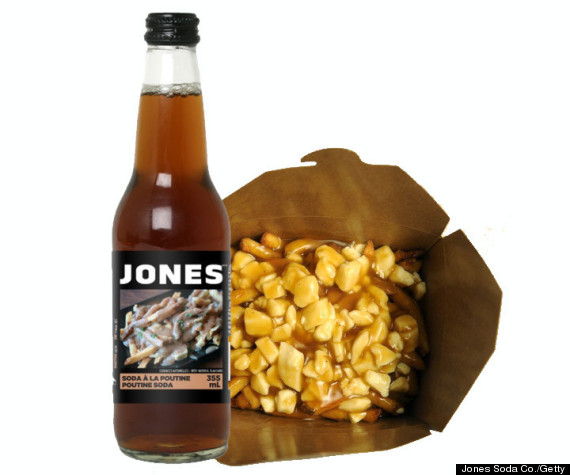 Without further ado, some very disgusted reactions from HuffPost editors:

"It's impossible for me to imagine that anyone in the world would actually enjoy this. It tastes and smells rancid and disgusting. I love poutine, but I hate this."

"This might be one of the worst things I've ever put in my mouth. It smells like sharp cheddar cheese, and tastes like beef bouillon cubes that have been stewing in smelly sneakers. The worst."

"The smell alone stopped me from trying it -- a combination of cheddar cheese and dry dog food. Just awful!"

"Smell: mix of dry dog food and cheese. Taste: bad cheese curds. Verdict: if you think about cheese it is tolerable, otherwise it is very tough."

The Most Popular Sodas in the World