The U.S. poverty rate was essentially unchanged at 15 percent in 2012, as roughly 46.5 million people were stuck living at or below the poverty line, the U.S. Census Bureau reported Tuesday. This marks the second straight year that both the poverty rate and total number of people living in poverty were stuck at their current levels.

"It was the sixth straight year that the poverty rate had failed to improve, hurt by persistently high levels of unemployment after the housing bust." 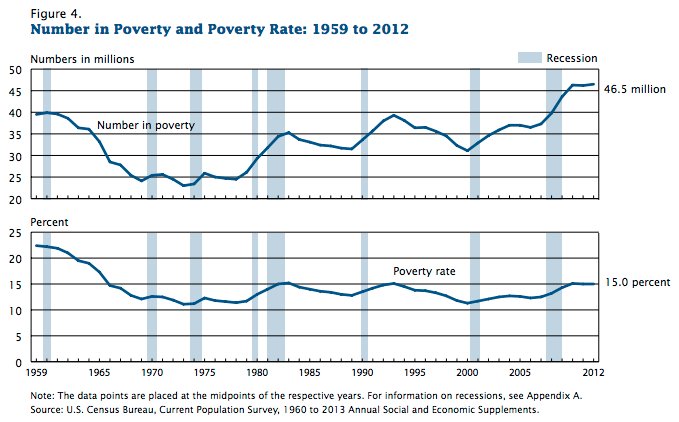 Many additional measures of poverty and inequality were largely unchanged last year. Here's more from the U.S. Census Bureau:

- Income: "Median household income in the United States in 2012 was $51,017, not statistically different in real terms from the 2011 median of $51,100. This followed two consecutive annual declines."

As the Wall Street Journal's David Wessel points out, that's significantly lower than it was in the late 1990s, once adjusted for rising prices:

It might be obvious but should be noted anyway: The poorer you are in America, the less likely you'll be to have health insurance. Here's a chart to show that:

In the scheme of things, inequality remains significantly higher than it was 20 years ago: 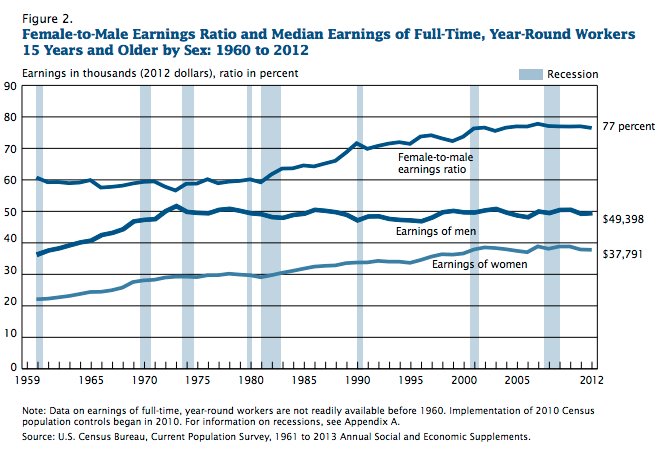 - Poverty by race: "The poverty rate for non-Hispanic whites was lower in 2012 than it was for other racial groups."

And here's a chart to illustrate that child poverty problem: 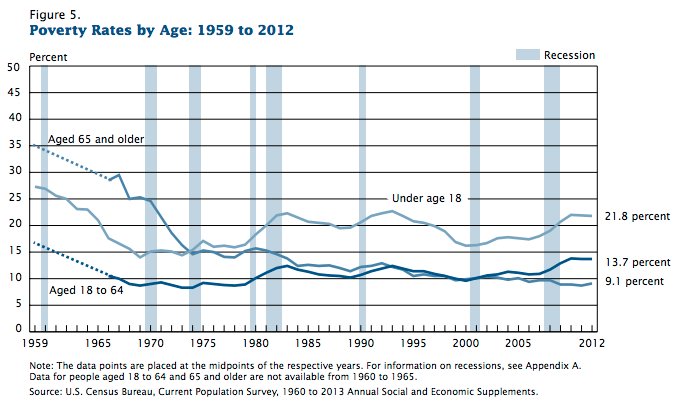 But as Wolfers notes, sometimes a single number can be the most powerful:

Sometimes a percentage is too clinical. Raw pain is better felt in raw numbers. There are 16 million American children living in poverty.

You can find the full U.S. Census Bureau release here.