Los Angeles loves its stars -- and if they come in pairs, all the better. But this list doesn't focus on couples like Brad Pitt and Angelina Jolie; instead, we're featuring the city's top movers and shakers when it comes to politics, sports, culture, media, and education. Los Angeles wouldn't be what it is today without them, and it certainly won't be all that it could without their future contributions (we're eagerly anticipating The Broad's construction downtown).

Like HuffPost New York's Power Couples List, "each participant in said couple must be impressive in their own right -- creative, accomplished, powerful, important." Stay tuned for the Next Generation LA Power Couples, one week from today.

The Essential Los Angeles Power Couples. Browse and rank your favorites, or add your own suggestions in the comments below. 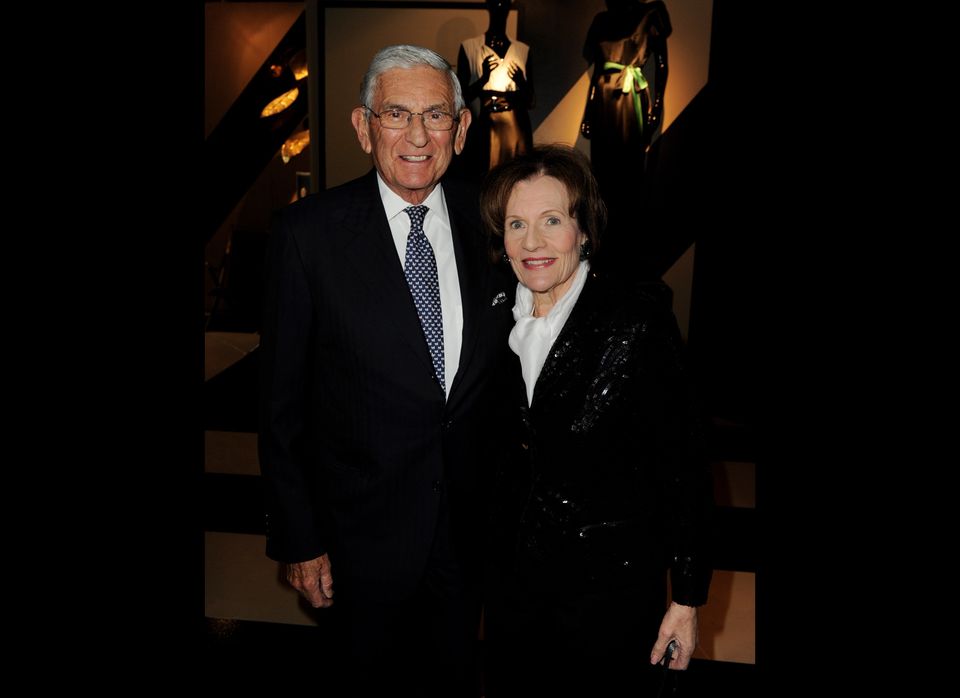 1 / 21
Eli & Edye Broad
<b>HIM:</b> The billionaire philanthropist and Los Angeles revitalizer. Born in Detroit, Broad co-founded KB Home with Donald Kaufman and acquired the Sun Life Insurance Company in 1971. He reworked Sun Life into the savings company, SunAmerica which he sold for $18 billion in 1999. He was ranked the 173rd wealthiest person in the world, by Forbes. <b>HER:</b> Married Eli in 1954, when she was eighteen. Edye co-founded The Broad Foundations with her husband. Together they have given numerous donations including $100 million to Harvard's biomedical research, $60 million to LACMA, and $23 million to Broad at UCLA. Currently in the works is The Broad Museum. Rumored to be costing over $1 billion, it will house the Broads art collection that Edye has created over the years. They have lived in Los Angeles since 1963. Photo: Getty