A year and a half ago, I was waiting for biopsy results that would eventually land me in the hospital with a bilateral mastectomy and a new-found appreciation for pain medication. But way before all that, I was playing the waiting game, hoping it was nothing, sure it was something, terrified of what would happen. It was a Thursday, and I was shopping for costumes with my kids, when I saw the Superman cape. It was only the cape, no other accessories. No muscle-suit or tights. The store owner wanted $25 for it -- a little pricy for a cape with no accouterments -- but I didn't care. I told my husband, "That cape is mine."

I wore it in the store. I wore it on the way home (ignoring the rolling eyes of my kids) and I wore it on Monday, when the biopsy results came in and I knew things were going to get real. It was a silly gesture, but for some reason, I was transformed. My kids saw me in a cape and I told them, "I'm actually a Superhero." They shrugged and walked off. I flew around the house. 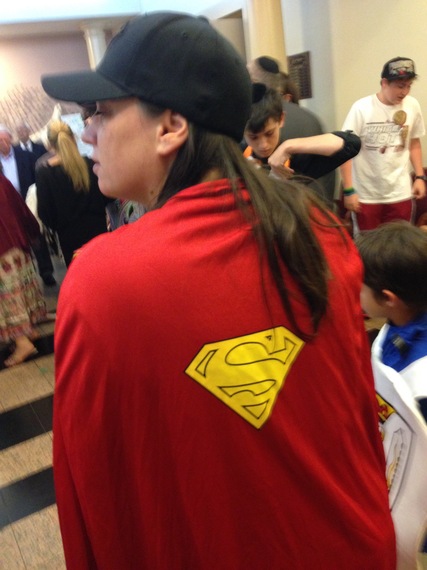 I went through a year of surgeries and medications and somewhere along the line, I lost my cape. I looked for it in the kids' costume box, searched my closet, even posted a message on Facebook asking if anyone borrowed it. To no avail. My cape just disappeared.

Not that I needed it. Not then.

The superhero status transferred to my son a year later. Diagnosed with a brain tumor, he was facing a long surgery, and who knew what else. He didn't need a cape, though. He got an Iron Man mask. A gift from the food market that we shop in every week. "He's our hero," they said to me. One of the nurses hung up a poster in his room telling him he joined the Avengers. And we all convinced him that the brain surgery gave him powers.

"If you find yourself understanding things quicker and noticing that you're smarter, don't worry. That's normal after brain surgery. It's just your brain getting bigger. Use your powers wisely." 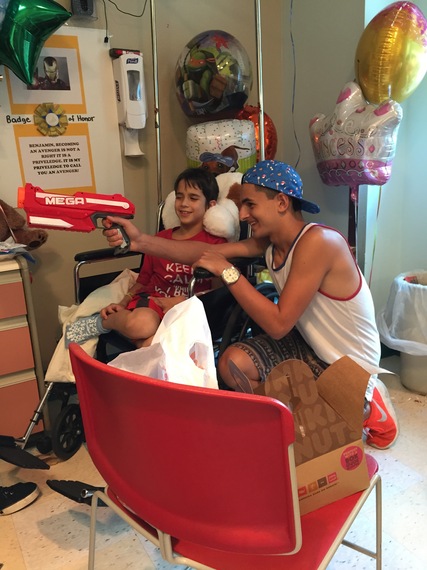 There is something about a cape, about a mask, about an external, tangible, symbol of strength and determination. It's a physical reminder that is much more powerful than a pink ribbon or a hashtag on Twitter. Simply put, it is the power of fictions to topple the bleak reality that life throws out. More than an escape, more than just cosplay, it changes your persona. Put on a cape, and you are transformed. Invincible and brave, regardless of what Edna Mode says.

I recently needed my cape again. A year and a half after that first biopsy, I needed another one. We kept it quiet this time, but I confessed to my doctor that I believed God was out to get me. That I was supposed to die. That this time, I wouldn't have to wait for results because I would never wake up from the anesthesia.

He gave me some medication; I considered finding a new doctor.

The night before the procedure, I didn't sleep. I googled my symptoms and like any decent Dr. Google consultation, confirmed the worst. At 3:30AM, though, annoyed with sitting around, I went into my closet and packed up my bag for the next day. A book. My phone charger. Socks. And then, right there, sitting on a shelf as if it somehow knew, was my long, lost cape. 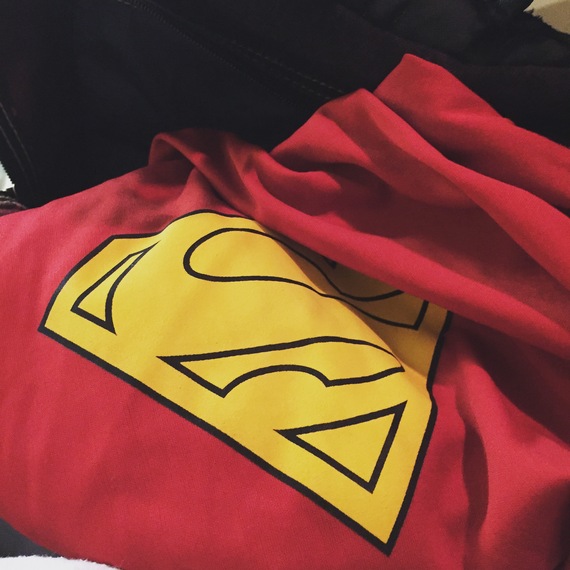 And I was transformed.

I packed my cape. Folded it gently and put it in my bag. I wasn't going to wear it to the hospital (a stay in the psych ward would probably not have been in the best interests of my family), but taking it along was empowering. My secret power, hidden away for only me to see. My fictions playing out as truth right there. So much better than reality.

And after the waiting, this time, the biopsy was benign.

Call it what you will. Denial. Immaturity. Insanity. But then again, having a year of breast cancer, brain tumors, and -- plot twist! -- possible uterine cancer, and that's an insanity on a whole different level. Given the choice, I'll side with a superhero insanity any day.

My son has an MRI in two weeks. I told him not to worry. He's done it before. He'll be fine.

Plus, he comes from a family of supers.

And he has my cape.

US Presidential Election 2020
Breaking news, analysis and the latest polls on the presidential race from HuffPost’s politics team
See More
Voting Made Easy
Register to vote and apply for an absentee ballot today
Register now
More:
healthy livingcancer superheroesThe Incrediblesbiopsy
Newsletter Sign Up
The essential guide to taking care of your mind and body
Subscribe to HuffPost’s wellness email
Successfully Subscribed!
Wellness delivered to your inbox