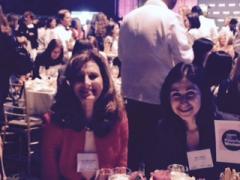 Here are "power tips" from the Crain's NY 50 Most Powerful Women event:

1."Watch what you do": Candace Beinecke, Chair of Hughes Hubbard & Reed and a prominent lawyer on many "top" lists including Crain's, said that "they might not always listen to what you say, but they always watch what you do." Therefore, be mindful that your actions are being watched and act accordingly.

2.Surround yourself with talented people and empower them: Liz Rodbell, President of Hudson's Bay & Lord & Taylor and on the Crain's list, advised that empowering others helps them grow, strengthens their support of you, and frees up your time for other priorities that only you can do.

3."Take mentoring advice with a little grain of salt": Deputy Mayor of NYC, and #1 on the Crain's list, Alicia Glen made this important point, adding to be willing to "push back a little (such as saying)...that's great, but have you thought of this?"

4."Be a receptive and responsive mentee": Kathryn Farley, Senior Managing Director of Tishman Speyer and Chair of Lincoln Center and Crain's honoree, encouraged mentees to "follow up with their mentors about their advice ...give them feedback...let them know how it came out, because they are interested in you." Even if you don't follow their advice, Farley added. (Photo of Kathryn Farley, credit: Tishman Speyer) 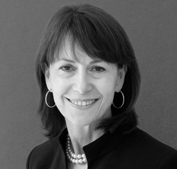 5."Sort through guidance yourself": Dani Ticklin Koplik, top executive coach from DTK Resources (and my table host) said this and added, "Remember that a mentor is a guide and that their experience was theirs, and no two people's brains are wired alike."

I suggest having multiple mentors, because: (a) they each come from their own experiences and values, which may not reflect yours. The different perspectives are hugely valuable, but may not resonate with yours; (b) it will keep you from blindly accepting anyone's guidance, since you'll have to sort out the differences; and (c) you can offer alternatives to your mentors based on the feedback of others, which will enrich your results.

6.Remember you represent your demographic: Kathryn Farley explained that when you are a woman or an ethnic minority serving on a board (or any committee), you are representing all women or all of your ethnic group -- "like it or not, it's the reality." She also said affirmative action is necessary to force boards to add more women.

Speaking of representing your demographic...Crain's NY's list and event dropped the ball here:

7.When preaching diversity, make your panel diverse: The Crain's event panel was all white women, which is inconsistent with an event about valuing diversity - and especially absurd in a city where over 50 percent of the population is black or Hispanic.

8.Have your "top" list reflect your locale and values: In a city whose population is 24.5 percent black and 28.6 percent Hispanic (according to the Census), less than 1 percent of Crain's 2015 "50 Most Powerful Women" are black (one is the Mayor's wife) - and there was only one Hispanic woman on the list.

In addition, only three women on the list are from healthcare/biomedical, despite the fact that it's the second largest employer in New York City. New York City is nicknamed "Silicon Alley" for its flourishing information technology industry of about $9.2 billion, yet few women on the list were from IT. The most represented industry? Fashion, with eight of the 50 women honored.

Furthermore, few women on the list are in non-traditionally female industries - and none were from energy, clean tech or sustainability (values women hold high) - which would be important to feature in celebrating high-achieving women.

9.Describe the criteria used for your list: When I asked the Crain's event moderator about their criteria, she said, "It's the secret sauce." How are we supposed to think the list is credible if we don't know how it was developed?

10.Give a gift bag that reflects your values: How about giving books on leadership, or computer accessories, or a business card case? The gift bag at the Crain's 50 Most Powerful Women event had almost nothing to do with power or leadership, but instead was depressingly, stereotypically "female." It was all skin care, exercise, jewelry, clothing, food service, and... a baby swaddle! The notable exception: a 20 percent discount to General Assembly business and tech services (and the requisite copy of Crain's NY Business journal about the list). The free ticket to a Lincoln Center film series was cool. (Get gift bag only sponsors.)

Many honored leaders did not attend - such as famed Vogue Editor Anna Wintour (who would have enjoyed the fashionista's bonanza of fabulous power outfits), Huffington Post Founder and CEO Arianna Huffington, or Deloitte CEO Cathy Engelbart - which makes one wonder why.

For tips on increasing your influence, check out my Huffington Post blog on "Having Influence."