A version of this post first appeared on Verizon.com.

This past April, over 1,400 entrepreneurs set out on a journey with hopes of taking a big step towards making their world-changing ideas a reality by entering the 2015 Powerful Answers Award contest.

On November 4, 12 winning entrepreneurs were announced and received invitations to attend the awards presentation for the 2015 Powerful Answers Award hosted by The Talking Dead's Chris Hardwick on December 9 in San Francisco, CA. Three $1 million winners will be announced at the event. A live stream of the award presentation will be available on AOL.com and The Huffington Post. Live stream details will follow shortly.

"It's always exciting to meet these founders and entrepreneurs and share in their enthusiasm for problem solving," said senior vice president of corporate development and Verizon Ventures, John Doherty. "These winners have not only developed potential world-changing technologies, but they are leading promising companies in a time when the space is incredibly competitive."

This year's Powerful Answers Award contest consists of three categories, with a top prize of $1 million up for grabs in each category. One first runner-up and two second runners-up in each category will receive $500,000 and $250,000 prizes, respectively, for a total of $6 million awarded by Verizon.

Three female-led companies are represented among this year's Powerful Answers Award winners. Of the over 1,400 entries, nearly a quarter were female-led startups. Verizon Executive Vice President and President of Product Innovation and New Businesses, Marni Walden and Huffington Post co-founder and editor-in-chief, Arianna Huffington will join these female tech leaders on stage during the awards presentation to discuss global trends in entrepreneurship and technology leadership.

The 12 winners (organized by category):

A Lifeguard Drone -- Plano, TX
Lifeguard Drone combines an unmanned aerial vehicle, communication modules and a collapsible floatation device to save swimmers in distress. A wearable emergency device worn by the swimmer sends out 'SOS' signals along with its GPS location wirelessly to the lifeguard drone to activate the rescue operation. Additionally, lifeguard drones could patrol over water to detect drowning people by sending video to a monitoring network. Once a swimmer in distress is identified, the lifeguard drone flies directly above the swimmer and releases the collapsible floatation device.

Bounce Imaging -- Boston, MA
Bounce Imaging provides public servants with cutting-edge technologies that allow them to see what lies ahead in those dangerous environments so they can make decisions that are safer for them and for the civilians they seek to serve and protect. A user can toss our low-cost, throwable omnidirectional cameras into a room, tunnel, attic, or other potentially-hazardous area and get back real-time - 360-degree-in-all-directions video and sensor data about what is going on inside.

Disaster Mesh -- San Francisco, CA
Disaster Mesh provides an air-deployable, Wi-Fi mesh network to disaster zones. The Disaster Mesh Ephemeral Physical Network uses small devices, or "Seeds," that serve as the network's nodes, spread over the disaster area. The devices will be produced in mass numbers and air dropped into the disaster location by plane, helicopter, or drone. Once the survivors connect to the network, the collected information (GPS coordinates and names of the survivors) are then organized and distributed to relief organizations.

EmergenSee -- Malvern, PA
EmergenSee®'s revolutionary technology turns your smartphone into a personal security system that instantly streams live video, audio, GPS location and movements to pre-selected contacts or EmergenSee's Professional Responders when threatening and potentially dangerous situations are encountered. With just one tap, responders can immediately see, hear, communicate and follow an incident as it unfolds, allowing responders to effectively react to the situation at hand and get you the immediate help needed.

CityTaps -- Île-de-France
CityTaps vision is to run water in every urban home. The team provides a smart water metering service that enables the urban poor to micro-pay for water to their local utility, at any time with any mobile phone. No smartphones or apps are needed.

Owlet -- Provo, UT
The Owlet Baby Monitor is the only monitor that uses hospital technology -- pulse oximetry -- to truly alert parents if their baby stops breathing. Owlet conducted accuracy testing at Seattle Children's Hospital and will be filing for FDA clearance to create a medical version of the Owlet Monitor. Owlet's big vision is to create the largest infant health data set the world has ever seen and connect the hospital to the home via smart hardware.

iHelmet -- Kadawatha, Sri Lanka
'iHelmet' is an intelligent motorcycle helmet that is capable of providing safety, convenience & situational-awareness features found in high-end automobiles, to an ordinary motorcyclist. It uses an array of sensors built into a special device which has to be attached to the motorcycle helmet. This device communicates with the user's smartphone via Bluetooth wireless technology and the app constantly monitors sensor readings to provide warnings and other functionalities appropriately.

Pogo -- Seattle, WA
Pogo is a new way to secure trusted rides for your kids. We help you discover new carpool connections across all of your trusted groups, such as schools, teams, and neighborhood groups. If a carpool ride isn't available, our thoroughly screened and trained paid drivers are there as a backstop. 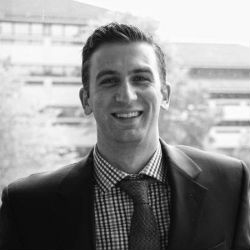