If you’re afraid of heights, this toilet might have you feeling a little flush.

That’s because it’s suspended on a glass floor at the top of a 15-story elevator shaft, according to The Daily Mail. The bathroom is part of the PPDG Penthouse in Guadalajara, Mexico that architects Hernandez Silva Arquitectos say was designed with “concepts of transparency and the simplicity of materials” in mind.

It’s not the only restroom in the world to offer unexpected views, however. A glass-enclosed toilet in Japan was recently named the world’s largest because it’s situated in the middle of a 2,000 square-foot garden. Architect Sou Fujimoto aimed to design a toilet for users "to enjoy this scenery and that feeling of release."

Still, among commodes at high altitudes, the PPDG’s toilet doesn’t stack so high. A waterless toilet that's regarded as the highest in Europe in Mont Blanc, France sits at around 14,000 feet above sea level, according to Spiegel Online. Likewise, rumors persist that the highest interior space in the Chrysler Building is home to a porcelain throne.

But if taking a dip rather than a dump while suspended stories up in the air sounds more appealing, plans for an apartment complex in Mumbai, India include balconies with swimming pools.

Check out the PPDG Penthouse in these photos below: 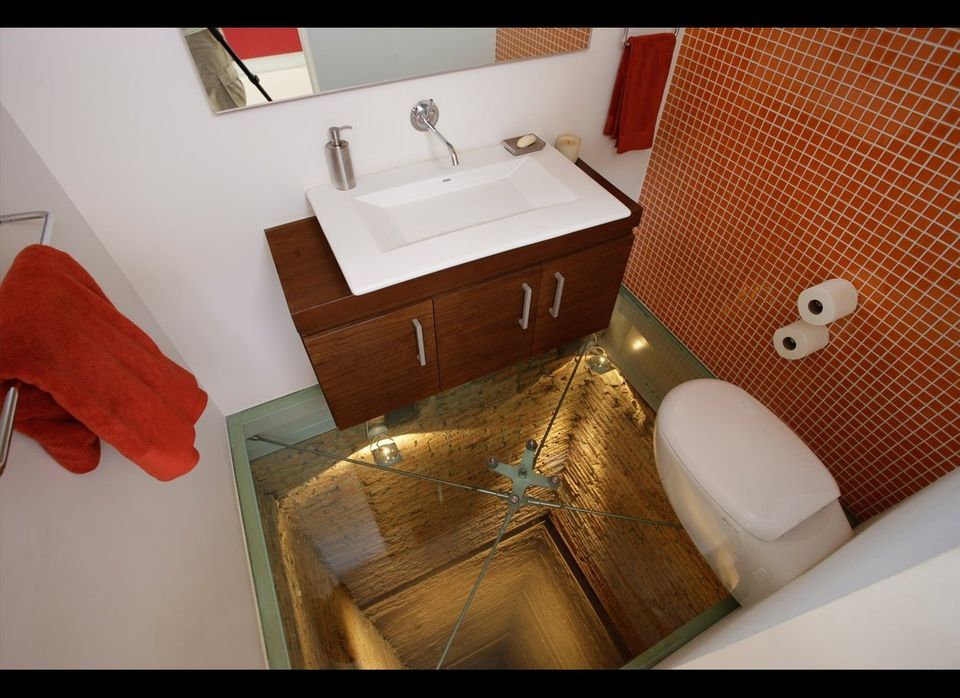 1 / 8
World's most terrifying bathroom
The world's scariest toilet, the glass floor stares into the abyss. This terrifying latrine is located 15 floors up in a luxury penthouse apartment, the somewhat exposed bathroom sits on top of a unused elevator shaft in Guadalajara, Mexico.
London Media Press