Miuccia Prada is known for her bright colors and retro prints and both are out in full force in Prada's latest ads.

The Spring/Summer 2012 campaign, just one of the many to drop in the past few days (Givenchy, Versace, Donna Karan), features a slew of brightly clad models photographed against a vivid blue sky by Steven Meisel.

The girls, including Elise Crombez and Natasha Poly, are strewn around a vintage-looking gas station, posing against hot rod cars and lacquered gas pumps exuding a '50s vibe -- sans pants (that's more of a 2011 thing, but we'll let it slide).

Not that Miuccia needed to worry about making a gas station seem chic. Those dirty gasoline repositories have been a favorite of the fashion set for a while now, as the site of Alexander Wang's epic Fashion Week party in 2009 and the location for a playful Kate Hudson shoot in the January 2010 issue of Harper's Bazaar.

Check out the Prada spots below -- don't they make you want to do the hand jive, hop in a hot rod and head on over to the drive-in? 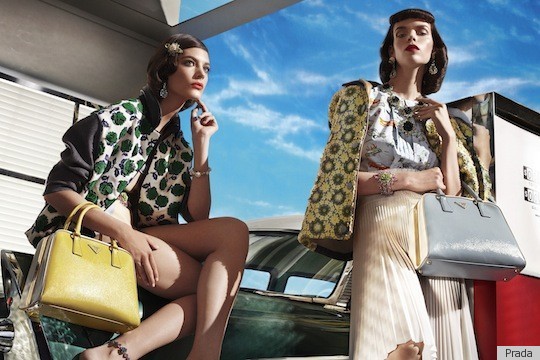 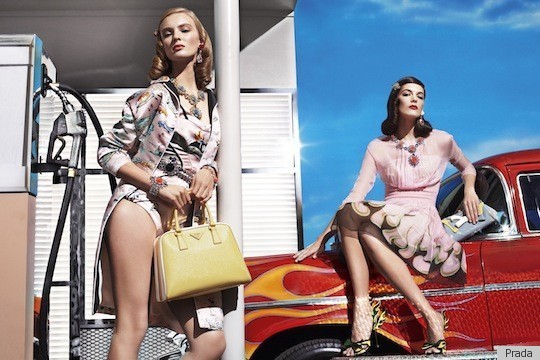 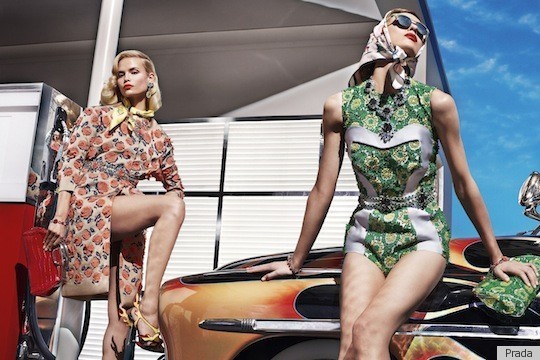