Well, it turns out, there are not "zombies" or "vampires" or even "zombie strippers" ahead as so many digital road construction signs have been indicating recently in Colorado, it’s just the work of some hacker pranksters, according to The Denver Post.

7News reports that the hackers are posting absurd, often humorous messages warning drivers to beware of zombies, vampires or strippers. In Colorado Springs, Pueblo and the Denver metro area several humorous messages have been appearing on road signs over the last few days.

Rick Bowman, co-owner of Barricade & Sign, spoke to KRDO and does not see the humor in the messages. He believes teenagers are responsible for the pranks:

Reports of pranksters hacking into the road side signs have been cropping up for years in Texas, as Fox News reported back in 2009, and more recently in Kentucky as NKY reported in June. 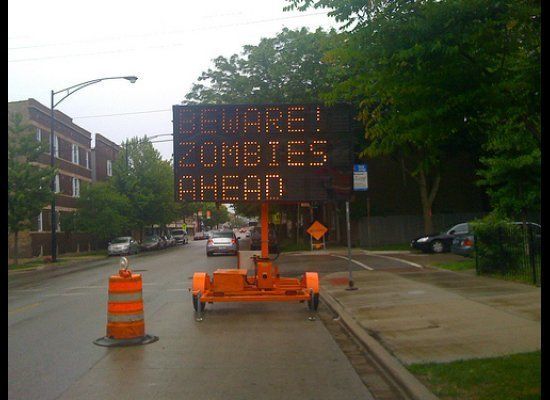