When Adam Blum popped the question to his girlfriend Hannah Roach earlier this year, he had the best (and tiniest!) proposal wingman: the couple's 1-year-old son, Jace. 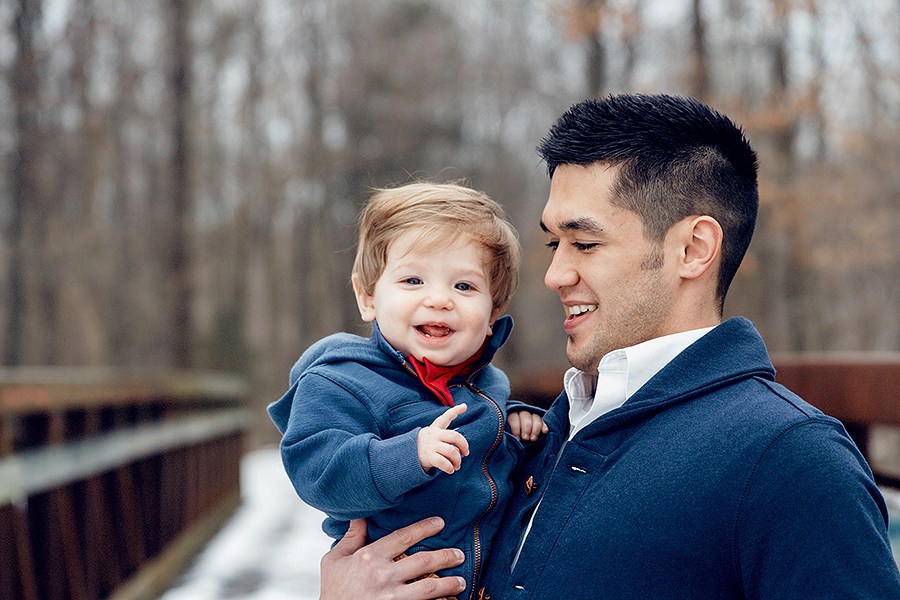 In March, the couple had planned to take some family photos at a trail in Cape Girardeau, Missouri with Blum's sister Lindsay, who happens to be a photographer. During the shoot, Blum asked Roach to run to the car to get some ChapStick. When she returned, Blum said, “Hey, check out the shirt my sister got for Jace, it’s under his coat.” And this is what he was wearing: 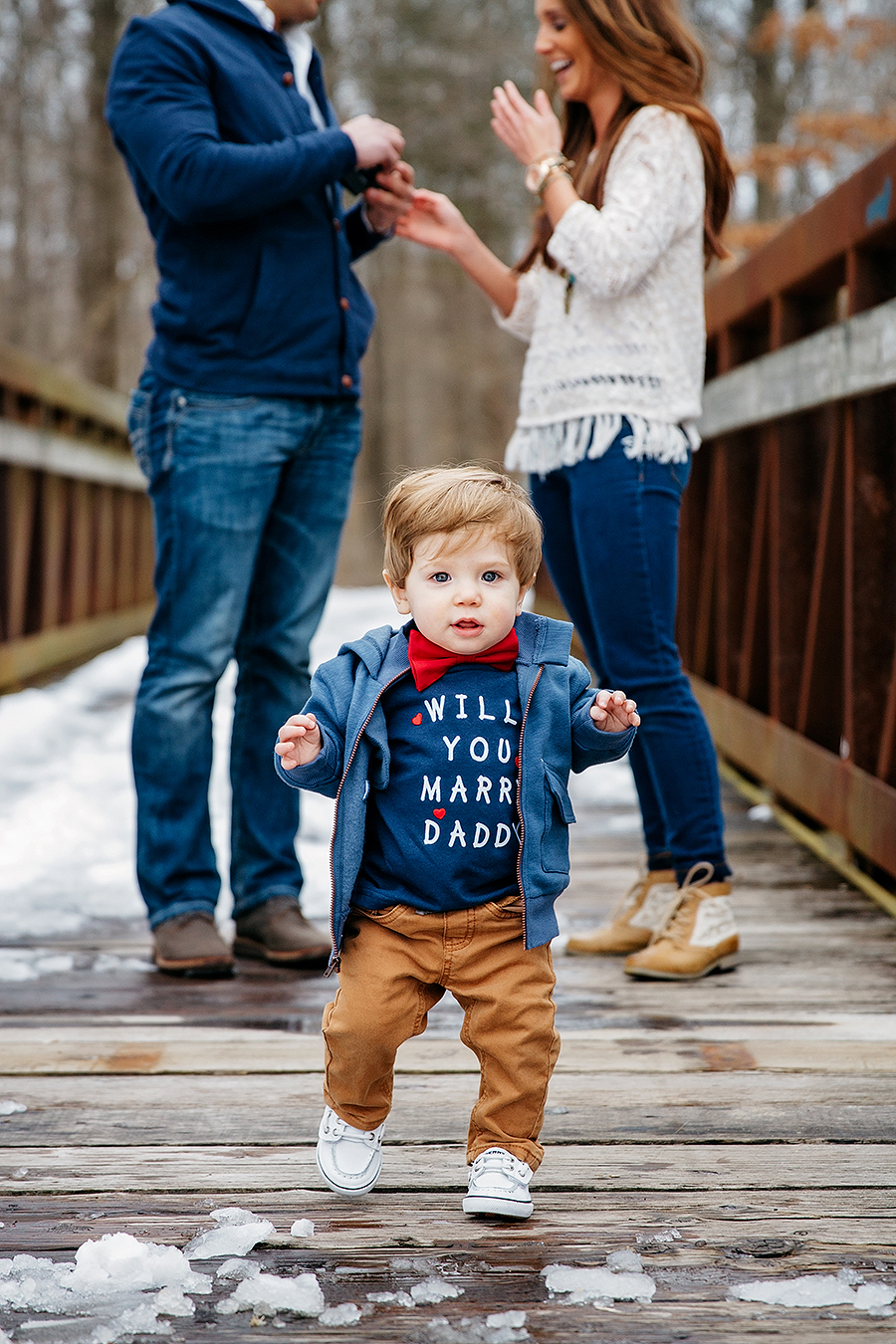 Then, Blum got down on bended knee and said the four magic words, "Will you marry me?" Naturally, Roach said, "Yes!" 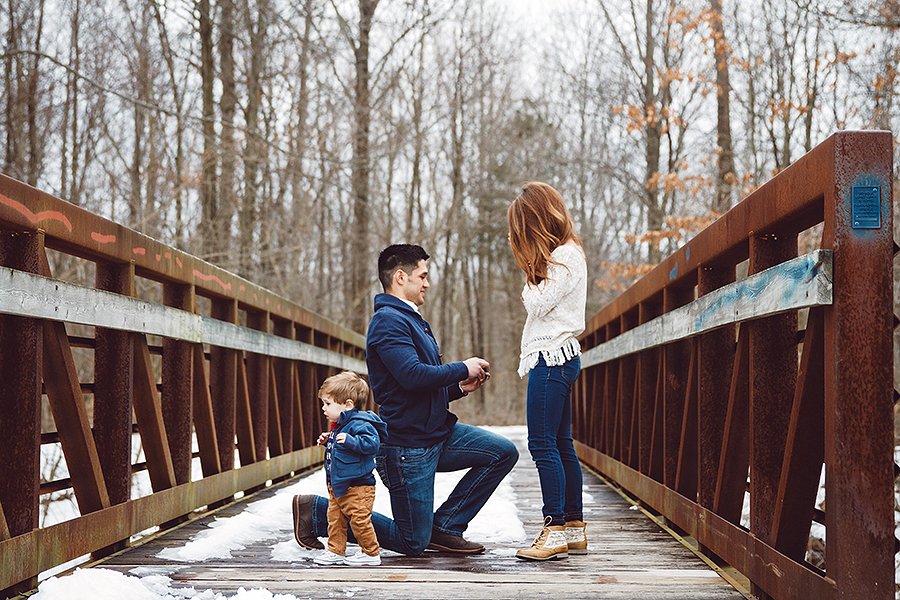 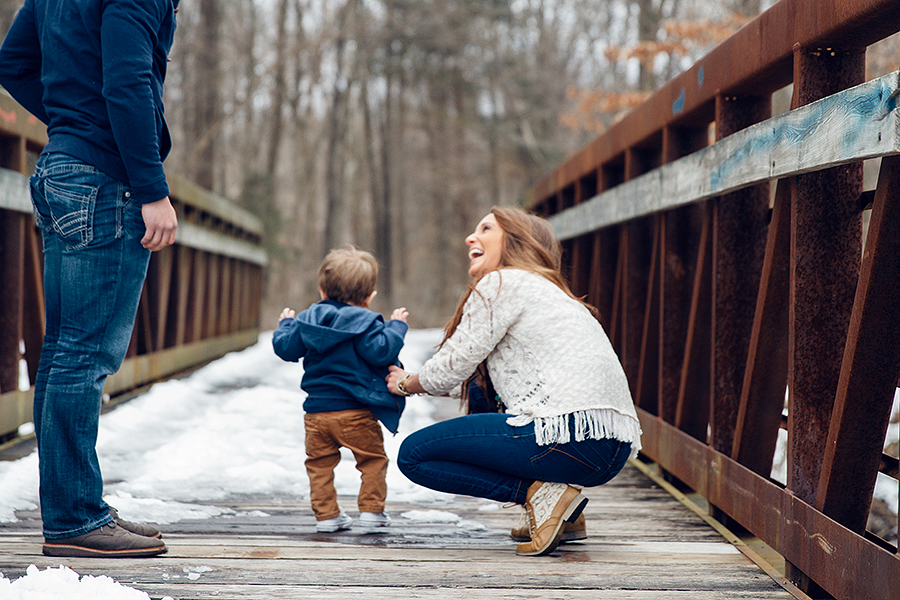 "Besides the moment Jace was born, that was the happiest moment of my life," Roach told The Huffington Post. "Just knowing the amount of thought he had put into his proposal was an overwhelming feeling. He made our son a part of a very special moment and it made it that much better."

Roach told HuffPost that while she is obsessed with taking pictures, her fiancé isn't usually big on the photo shoots, which made the way he proposed that much more special.

"I love hanging pictures of our family in our home," she said. "So he made sure to incorporate that because he knew how much that would mean to me. But that is how Adam is, he loves to make me happy." 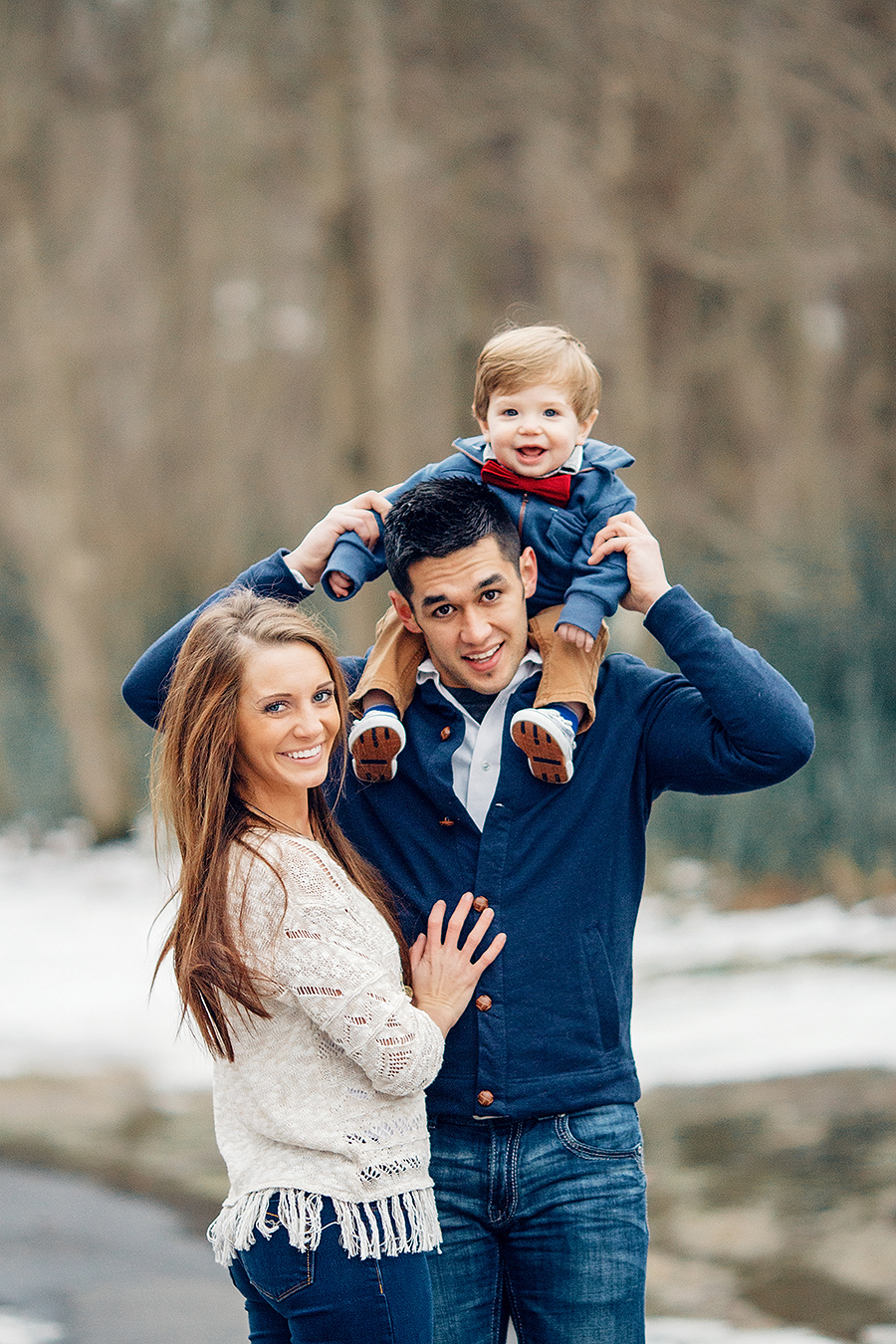 H/T Style Me Pretty via HowHeAsked