We know we've been on a bit of a bacon kick lately. We suspect you're all pretty much okay with it. Between our guide on how to cook bacon, our catalogue of bacon mistakes we've all made and our ode to all things wrapped in bacon, we realized something truly horrifying: some of you are buying precooked bacon.

We understand all the reasons that fully cooked, shelf stable, prepackaged bacon sounds appealing -- there's no mess to clean up, it's quick and convenient. But at what cost, you guys? Here are eight of the best reasons we can think of to never buy pre-cooked bacon again. 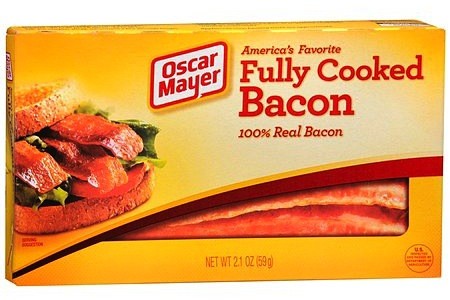 There are times in life when you need to ask yourself, "what else would it be??"

7. You can eat it right out of the package, like unrefrigerated meat chips. 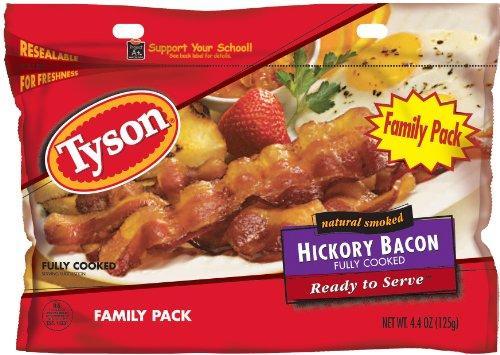 Tyson says, "Warm it up if you like, or enjoy it straight from the package in sandwiches, salads, main dishes and more." No. No thank you. No.

6. It's faster to prepare than toast. 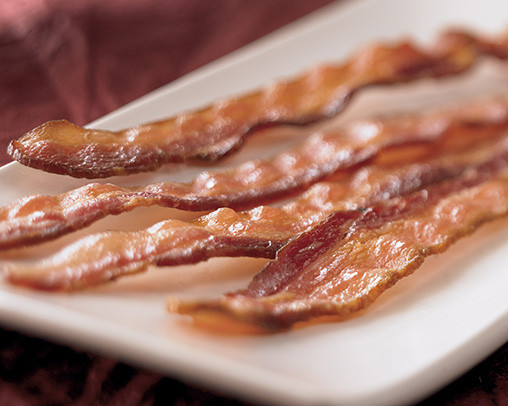 Schwan's says, "Whether you like it super crispy, or chewy and meaty, our fully-cooked bacon is perfect every time in 60 seconds. That’s faster than the toast!" GUYS. Bacon is meat. Meat SHOULD take longer to cook than toast! Also, let's just be honest with each other: bacon is glorious, fortifying and delicious, but one thing bacon is not -- healthy. You shouldn't just be able to snack on it like popcorn. It should take some effort.

5. This is precooked bacon's predecessor. 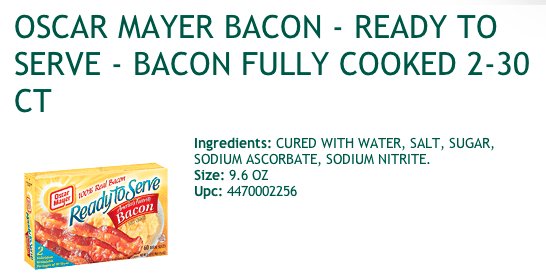 Every major producer of precooked bacon lists these as the "curing ingredients." It just feels suspicious. If someone won't tell you what goes into making a product, we are wary of that product.

3. Because it leads to stuff like this being invented. 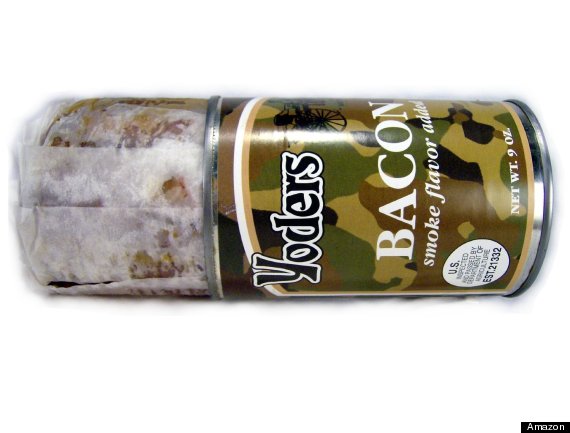 Yeah, don't adjust your monitors, that is canned bacon. Bacon in a can. Congratulations, you guys. You did it.

2. Know what you can't do with precooked bacon? THIS.

1. When you eat precooked bacon, you are missing out on a vital part of the bacon experience. Bacon fat. 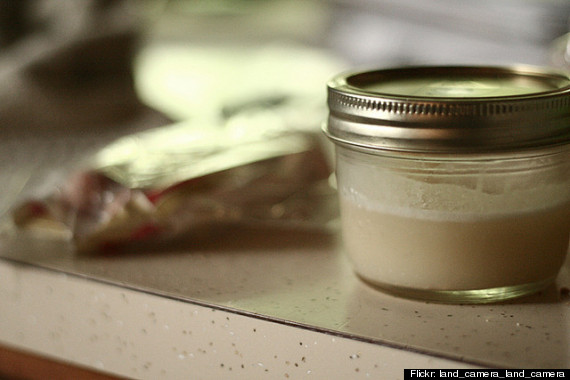 We've harped on this before, and we're likely to do it again, but bacon fat is a precious resource that shouldn't be discarded without consideration. That stout mason jar in the photo above is your ticket to perfectly braised greens, the best cornbread you've ever eaten and the best tasting stewed beans.

Also, does bacon taste as good without the sizzle in the pan, the smell in the air, the anticipation as it cooks? Aren't there some times when instant gratification actually cheats us out of experiences? We don't think so. We're hoping we can convince you to agree.