I haven't heard anybody else say the things I'm about to say to you.

With the rapid public lynching of Debbie Wasserman Shultz and her "resignation" from Democratic Party chair, the Dem National Convention is in a shambles. 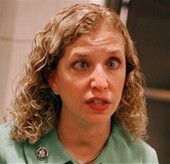 Getting booed off the stage this morning by her own Florida delegates, and now backing out of the opening gavel for what was her convention, Shultz's political career may be over. Ted Cruz comes to mind in the analogous way he set himself afire publicly. I'm questioning, like I did about Cruz, whether she can ever win reelection again in Florida or anywhere else for that matter. She may be 'Weiner-ed.'

Besides the sweet irony that it was the Liberal politicians and media, led by Shultz that had been cheer-leading and inciting what they believed would be a rotten, violent and unsuccessful RNC, (looky, looky what's happened), their ill intent has now been turned around on them with a vengeance. What a psych-job the Dems have done to themselves.

Trump is now well-armed with political artillery, ahead in the polls (which were rigged against him much like "the Bern" from the beginning), and loaded for bear. Hillary bear. 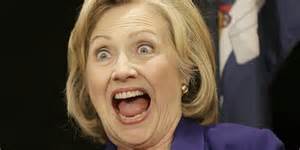 Meanwhile, the Bern spoke this morning to his 1900 plus delegates, who wouldn't allow him to speak with applause and booed when he said mightily that they all had to help Hillary beat Trump.

I strongly believe that the "rigged system" Bern and Trump have been using so effectively against the Hillary crew will prove unstoppable. Bern people are protesting, chanting anti-Hillary slogans and giving all the signs that with the selection of fawning, bad-trade-hugger Kaine as Clinton's running mate, they're finished with Hillary for good. Kaine was the stake through Hillary's heart.

Here's what I think may happen. I could be wrong ... but there's a long-shot chance I might be right:

Bern supporters will not let up. They will not relent at the convention this week. Hillary, the Obamas, Slick Willie, the Media and other Hillary sycophants will certainly try and jam through Hillary's nomination past a now hyper-vigilant Sanders' Bunch with aplomb. That insidious attempt will be responded to with a severe backlash by all of the remaining teetering and tittering Democratic Party and the entire convention will devolve into an angry competition to ditch Hillary and nominate the Bern.

Of course our lame duck president will attempt to slide buddy Biden in. But that will fail.

The protesters and Bern supporters who feel so betrayed by the Democratic Party hierarchy will lead a successful coup resulting in Bernie Sanders nomination to run against Trump. 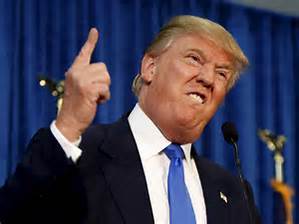 Trump will then clean Sanders' clock, after all, how could the American people elect a Socialist President?

The really fun bit will be watching the entire media, lobbyists, political consultants and pundits all run away from Hillary as badly damaged goods, a 'third rail' if you will, and the lame, ignorant and stupid way they backed with her through all the shenanigans she's inflicted on the American people. Déjà vu to how fast Hillary supporters jumped ship when a junior Senator and community organizer appeared on the horizon completely derailing the Hillary coronation.

I don't think this will really happen ... but a Conservative can dream, can't he?