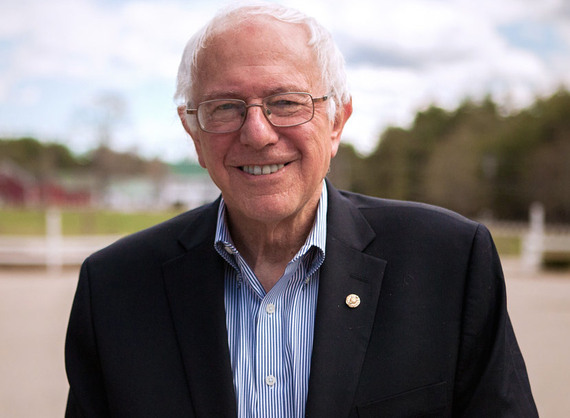 Spoiler alert! If Republicans were given the choice of Trump or "other," most Republicans would vote "other." However, because our election system is "first past the post" (FPTP), the winner takes all. So, though Trump is favored by a minority, if that minority is adamant about Trump, it will cause him to win the primaries.

Meanwhile, Sanders has proven through his fundraising of late that he has a rabid and persistent following. While Clinton goes after the big-money supporters, Sanders is running a populist campaign where 650,000 actual voters are donating.

Sanders crowds are impressive. This past Saturday, Sanders spoke to a crowd of 26,000 inside and 6,000 standing outside the Boston Convention and Exhibition Center. For the corresponding time of the primary season, Bernie's numbers top Obama's in Boston (10,000) and even New York (25,000), which has a population ten times the size.

Not forgetting that each candidate will choose a Vice Presidential running mate, take this poll to choose who you want in 2016 if Trump goes up against Sanders.