When North Carolina couple John and Sara Jennings learned they were expecting their first child, they decided to tackle a home improvement project to share the big news.

The Jennings, who are both architects and have an Etsy shop together, have no shortage of creative experience. Recently, the couple had discussed making a mural wall in their house, but they were lacking in ideas, Sara told The Huffington Post. Her pregnancy news gave John and Sara the inspiration they needed, and the couple got to work. 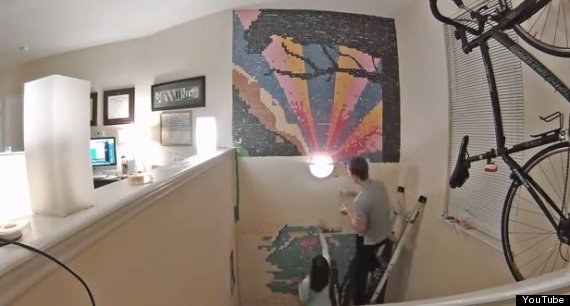 Using over 13,000 one-inch square pieces of colored paper, John and Sara spent four days filming themselves as they created the the mural. The time-lapse video above shows the couple hard at work until they finish their initial design -- an image of the duo silhouetted against the colorful landscape of a hike they took on their honeymoon in Hawaii. "But something was missing..." the captioning reads. 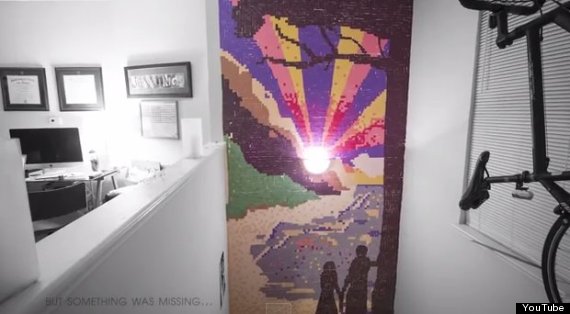 As the time-lapse continues, John and Sara make a small but important addition to the mural: the silhouette of a baby, along with the video caption "Coming In 2015, A New Addition To Our Family!" 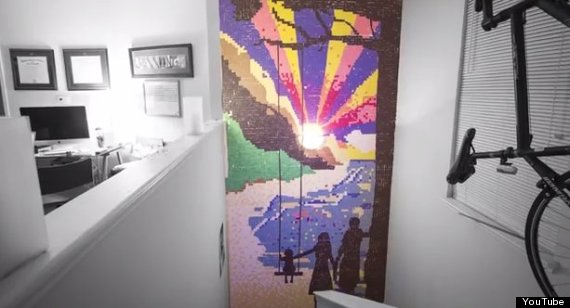 The couple emailed the completed video to friends and family, telling them it was their Christmas card, Sara said. "We wanted it to be a complete surprise and it definitely was! Almost everyone thought that the 'something missing' was going to be our dog, Henry," she added. 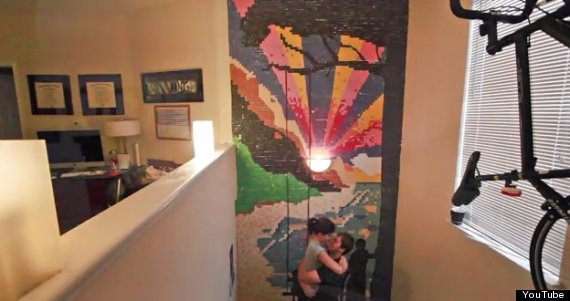 While the mural sometimes seemed like a mammoth of a project, the mom-to-be said it helped her channel all of the overwhelming feelings she was experiencing in her first trimester. "Spontaneous ideas are sometimes exactly what people need, especially during an exciting but nerve-wracking time like the first weeks of pregnancy!"