**SCROLL DOWN FOR PHOTO**

Kim Zolciak has marked the start of her third trimester with a revealing shoot for Life & Style. She tells the magazine that at age 33, she loves her pregnancy body, as does her footballer boyfriend Kroy Biermann, 25.

Life & Style's press release follows, scroll down for pregnant Kim in a bra and underwear:

Real Housewives of Atlanta is all about the drama. But these days, housewife Kim Zolciak is drama-free, six months pregnant and happier than ever! At an exclusive bump-revealing photo shoot with Life & Style on Feb. 20, Kim opens up about her belly, her man - Atlanta Falcons star Kroy Biermann - and the possibility of another baby in their future!

"I'll be 33 when I have this baby, and I'm more in touch with my body now," the reality star tells Life & Style. Kim, who already has two daughters, Brielle, 13, and Ariana, 9, from a previous marriage, says she's gained about 20 pounds so far. "I'm definitely eating a lot more now than I did with my girls." Not that she - or her man, Kroy - minds a little extra weight. "Kroy loves me pregnant. I don't remember my ex-husband being that into it, but Kroy loves it. He tells me I'm so beautiful."

Dating since May, Kim reveals to Life & Style that she and Kroy are finally shacking up together in Atlanta, just in time for their newborn's June arrival! "We'll be moved in before the baby is born," Kim says. So could a ring be far off? "Kroy is perfect for me. But we're not engaged," Kim tells Life & Style. "If we get married, Kroy would like to have one more child, and I want one too!" 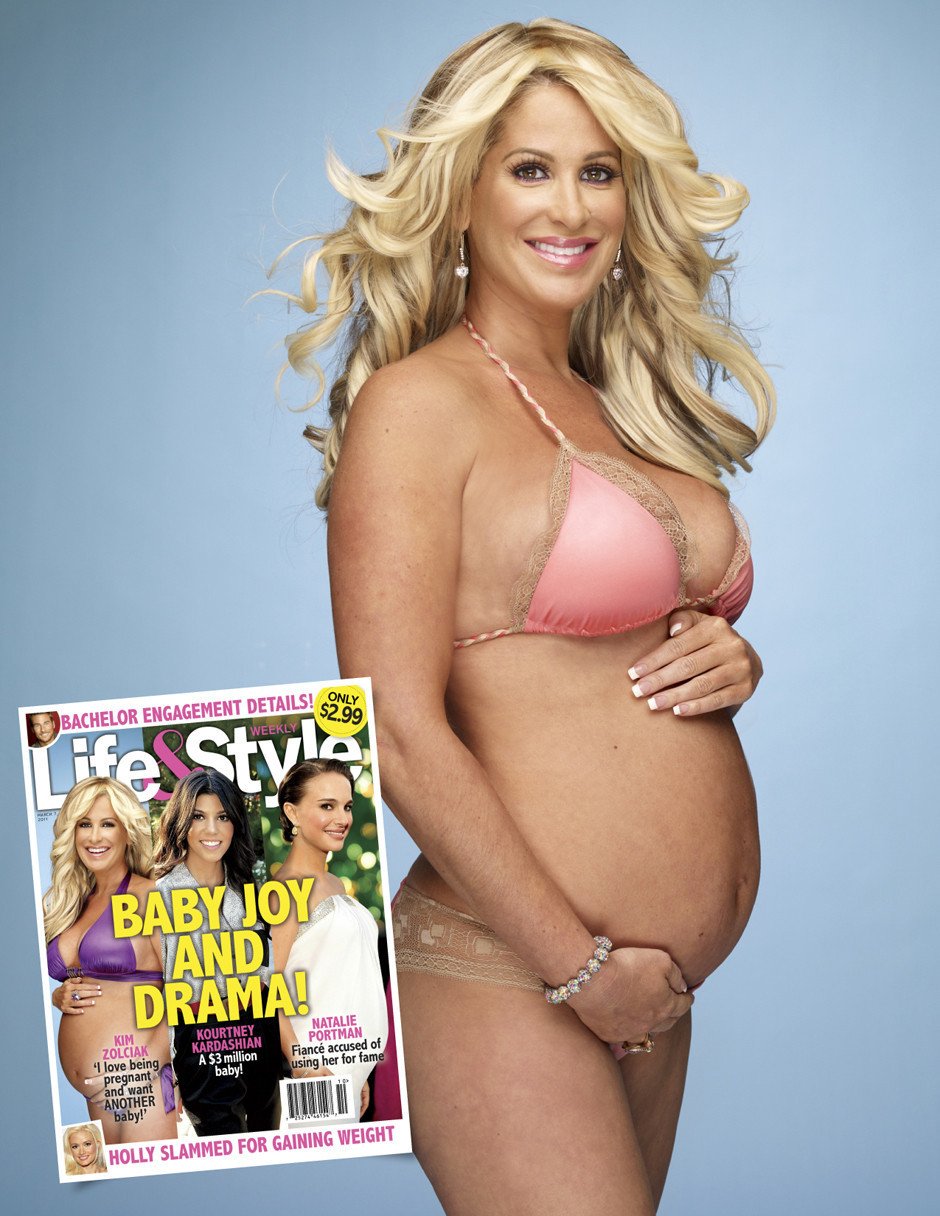