Kristin Cavallari has gone from a high school reality star to an engaged mother-to-be, and the former "Dancing With the Stars" contestant opened up about her pregnancy and wedding plans to Glamoholic.

"Your motherly instincts naturally kick in. We weren't trying to have a kid but we weren't not trying, we left it up to fate. I knew there was a possibility but I was really excited! Even if you are trying, just to see a positive result is shocking!"

Cavallari, who is engaged to Chicago Bears quarterback Jay Cutler, announced her pregnancy in January.

The couple has dated on-and-off since 2010, and while Cavallari said a wedding is in their future, they aren't sure when they plan to officially tie the knot. In fact, the couple is even considering having another child together before walking down the aisle.

"We're talking about the possibility of having another kid right away and then getting married so we can have 2 kids close in age. We want 4 kids, so we're thinking maybe have one more, then get married, then have two more but we'll see, it all depends on how the first one goes."

So are they thinking pink or blue? While the reality star told Glamoholic that while they do plan to find out the sex of the baby, they will likely keep it private.

It seems the star is still getting used to her changing body. Before heading out for some Academy Awards festivities last month, Cavallari tweeted about her baby bump.

"My stomach literally grew double overnight!! This belly came out of nowhere!" she observed.

Well, from the looks of her Glamoholic shoot, she's definitely embracing motherhood.

Check out Cavallari's Glamoholic cover below. For more exclusive photos, head over to Glamoholic. 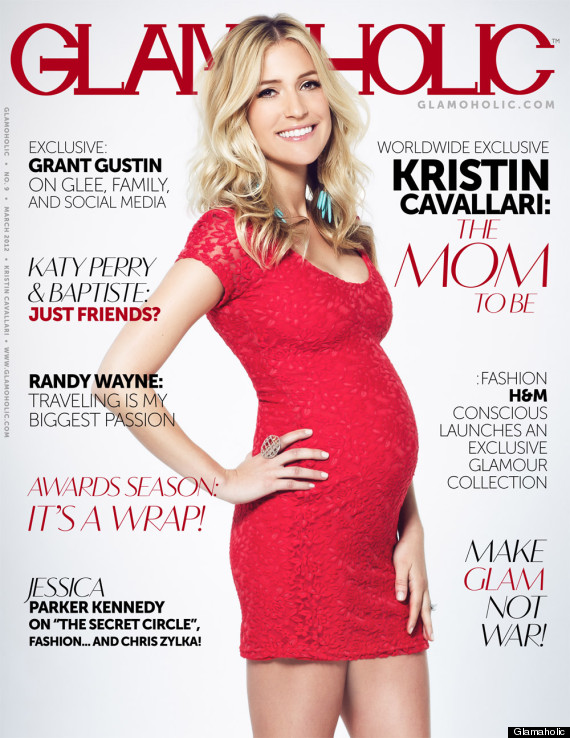 Check out other stars who are expecting below: