Marlise Munoz, a 33-year-old Texas woman, was left brain-dead after she collapsed in November and her family planned to honor her living will and have her removed from life support, according to a recent New York Times story. Today she remains kept alive by machines in the hospital because when she collapsed she was 14 weeks pregnant — not far enough along to have prevented her from getting an abortion under different circumstances, but putting her in a category where doctors must keep her alive until they decide whether she might be able to carry the fetus to term. Texas is one of a dozen states where any stage of pregnancy automatically invalidates advance directives, including living wills.

All 50 states recognize advance directives, but statutes ensure they aren't upheld for everyone. Here are the state laws that target pregnant women, according to the Center for Women Policy Studies. 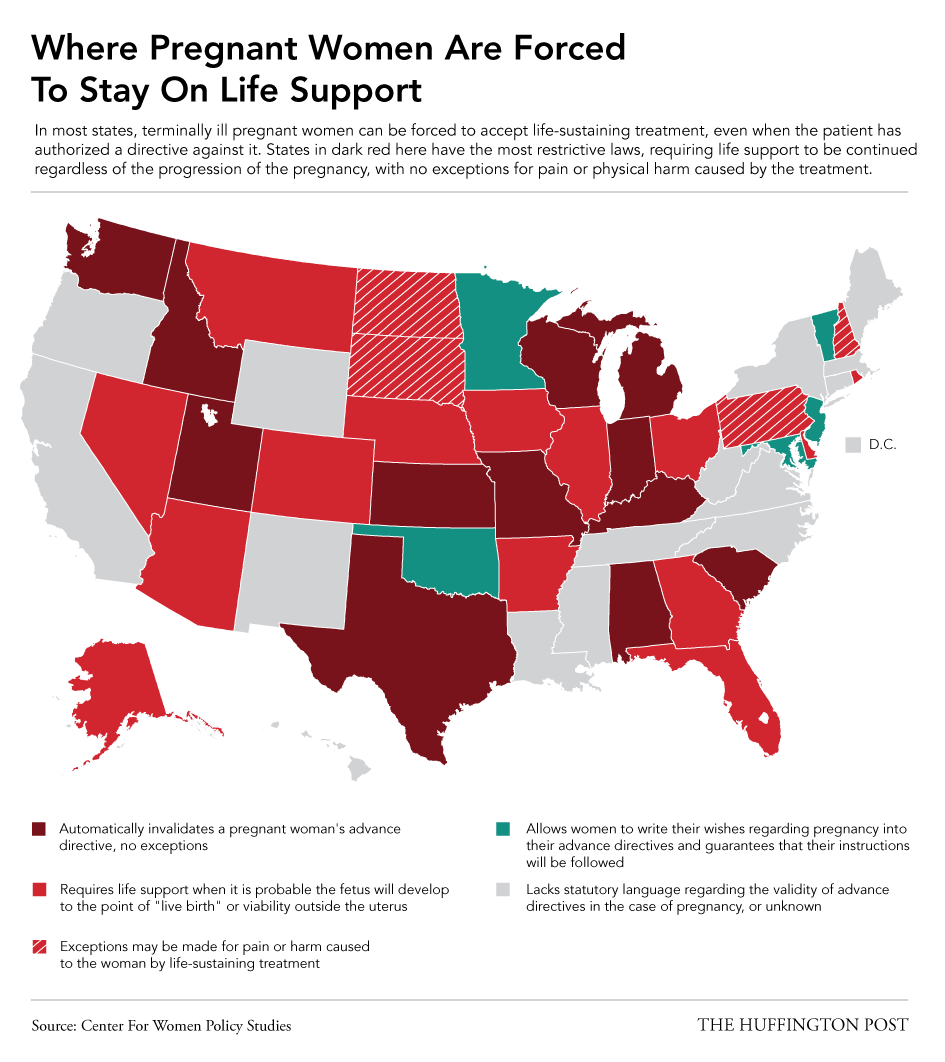