A New York City police officer allegedly placed a 27-year-old pregnant woman in a chokehold Saturday after she was accused of illegally grilling in East New York, Brooklyn. The incident was captured on camera.

Photos first published by the New York Daily News appear to show an unidentified member of the New York City Police Department wrapping his arms around Rosan Miller's neck and upper torso as her daughter watches nearby. Miller was uninjured but was given a summons for disorderly conduct, the outlet reported. 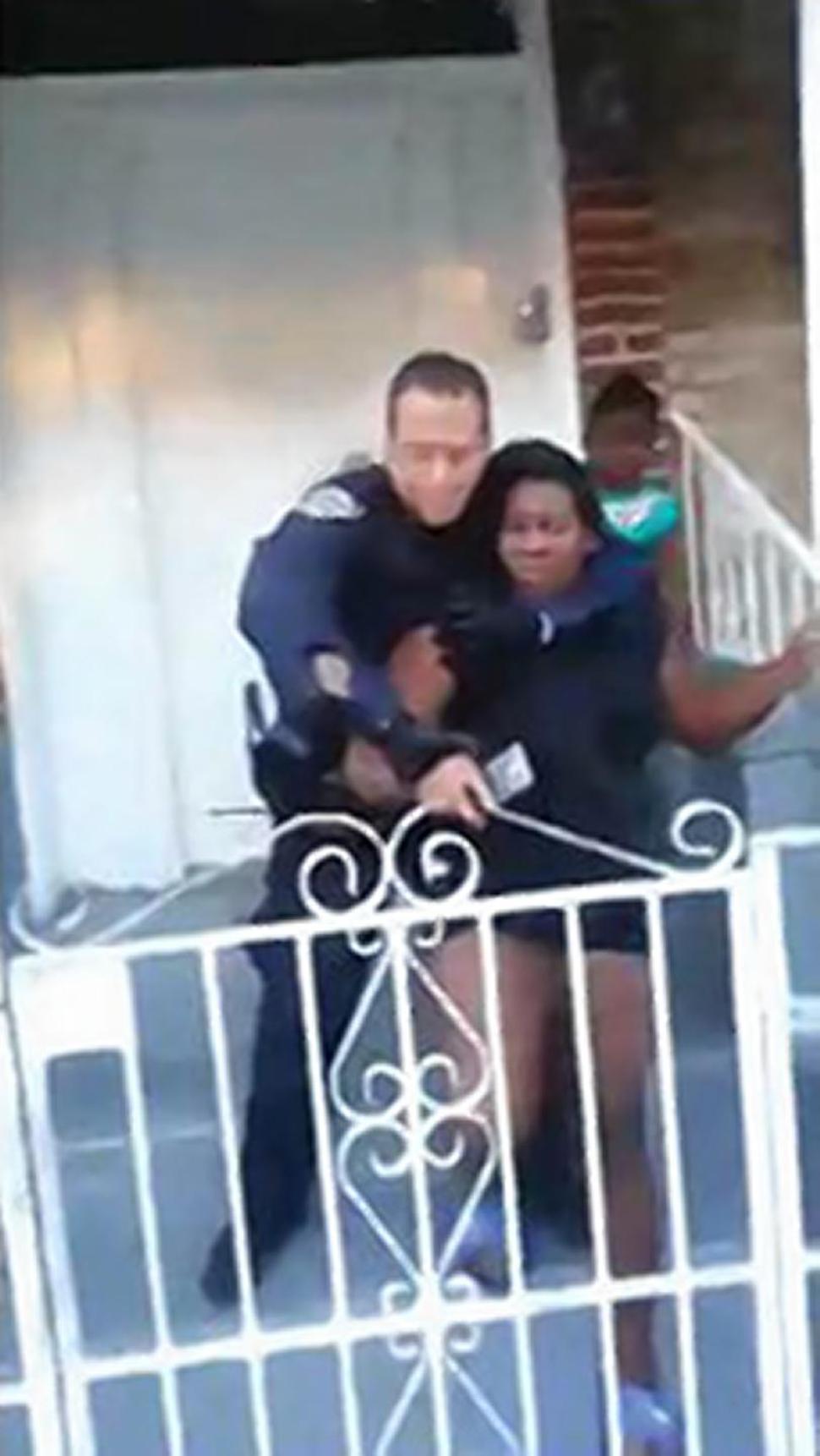 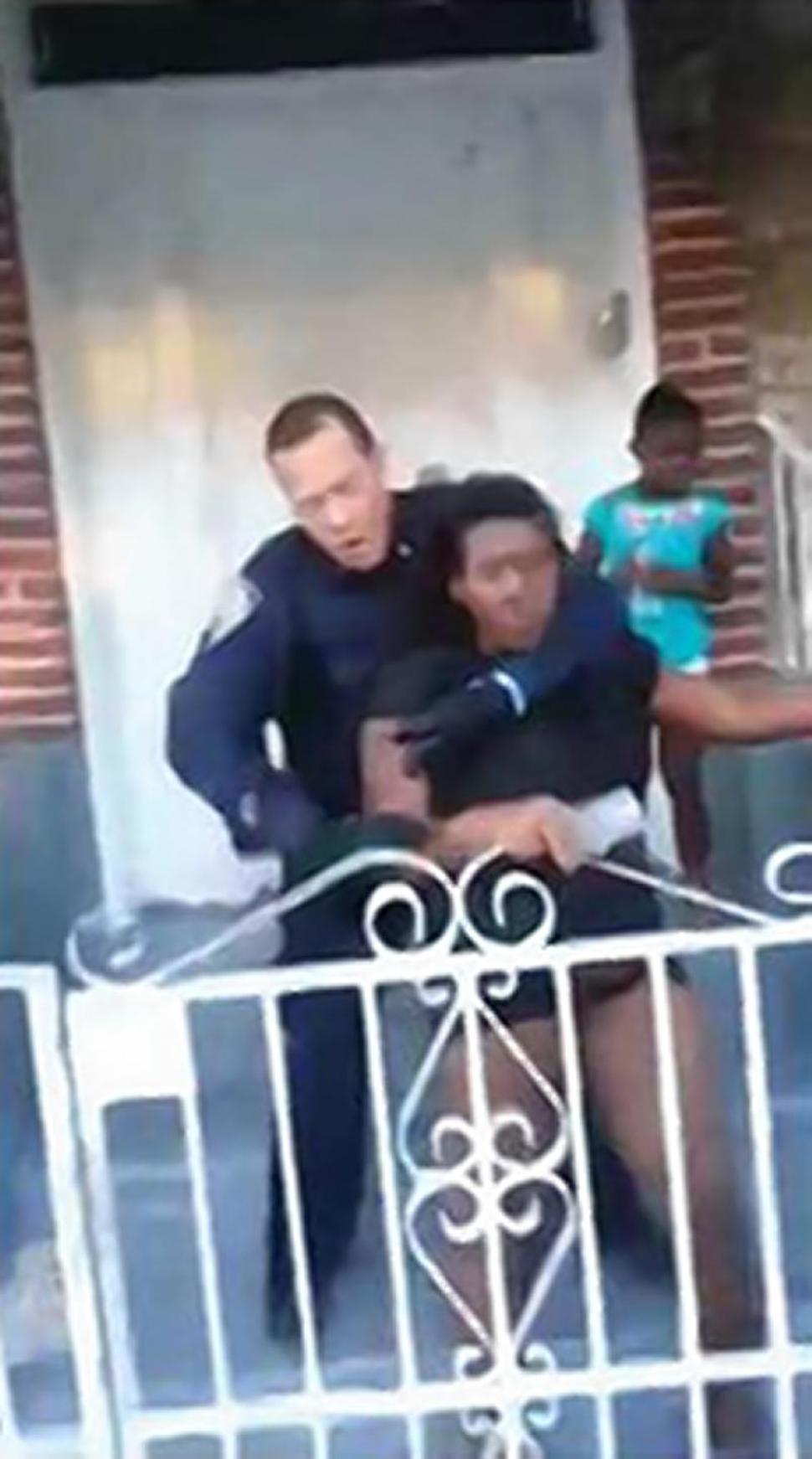 Advocacy group People Organizing and Working for Empowerment and Respect released images of the incident Monday to the Daily News.

“She was grilling in front of her home, not committing any crime,” former City Councilman Charles Barron told The New York Post of the incident. “We want these people out of our community.”

Use of the chokehold by New York police officers has been banned for more than 20 years, according to Reuters. Yet the outlet reports that the department has a "backlog" of chokehold complaints currently under investigation.

This latest incident comes just over a week after Staten Island man Eric Garner died while being placed in a chokehold by a member of the NYPD. At the time, Garner was being arrested on charges stemming from illegal cigarette sales. A bystander captured the incident on video.

After a meeting with Garner's family and federal prosecutors in Brooklyn on Friday, activist Rev. Al Sharpton called for an end to the use of the chokehold nationwide.

"We cannot just depend -- and this is important -- on police policy to stop the choke hold," Sharpton said, per Reuters. "We need a federal precedent."