A fossil bird's nest has been discovered in Spain, cradling at least five eggs that scientists believe belonged to an ancient flamingo some 18 million years ago.

The nest was found in a limestone block in the Ebro Basin in northeastern Spain. The researchers think it was abandoned and sank to the bottom of a shallow, salty lake (which once also housed snakes, turtles and crocodiles) before being covered in mud and fossilizing during the early Miocene.

Scans of the eggshell fragments revealed microscopic features that closely match that of the modern flamingo's eggs. However, the type of nest the eggs sit in is much different from the type the birds build today.

Modern flamingos make muddy volcano-shaped nests with a single, large egg in each, but this ancient nest was made from twigs and leaves and holds several eggs. The researchers said the nest actually looks more like those of modern grebes, diving birds that build floating platform nests, which typically hold three to eight eggs and are anchored to the bottom of a lake with aquatic plants.

Though they have very different reproductive and nesting behaviors, flamingos and grebes are closely related. This new fossil then might indicate that the grebe-style nest is ancestral to this group of birds and that, over time, modern flamingos diverged, developing their volcano-shaped nests, the researchers said.

The team, led by paleontologist Gerald Grellet-Tinner, reported their findings Oct. 17 in the journal PLoS ONE. (Grellet-Tinner is affiliated with the National Council of Research and Technology in Argentina, The Field Museum, Chicago, and The Journey Museum in South Dakota.) 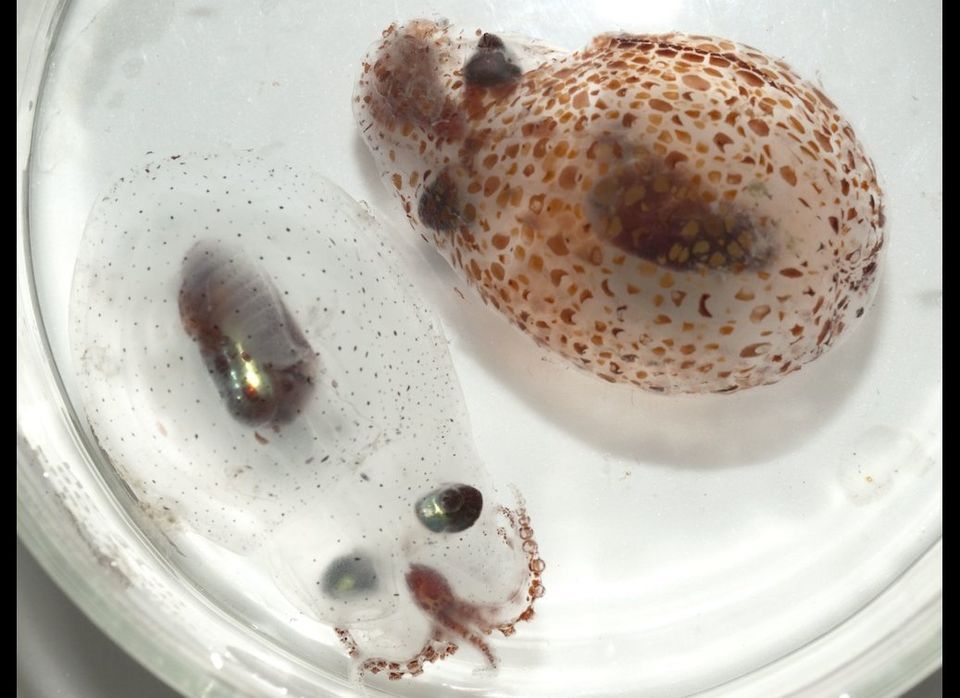