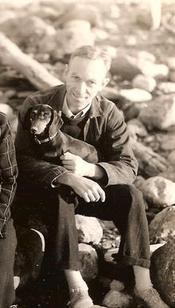 "Prejudice is a great time saver: You can form opinions without having to get the facts." -- E. B. White

Prejudice is described as an unfavorable opinion or feeling formed beforehand or without knowledge, thought, or reason. For its many negative outcomes, it can also be seen as a universal trait tied to our very human instinct to survive.

By nature, we are attracted to our own kind and more inclined to perceive the "other" as bad or frightening. The challenge is to recognize this impulse and determine if fear or negative judgment is justified.

Like any defense mechanism, prejudgment is meant to protect us. Similar to the other defenses, like denial, displacement and dissociation, used to an extreme, it endangers us and works against our survival. We fare better -- psychologically, socially, culturally and economically -- in an accepting, rather than a condemning, environment.

We only have to study democratic versus dictatorial governments to learn that we thrive in environments of tolerance and fairness and suffer in their absence. Democracies involve the people and are more likely to be humane and according to R.W. Johnson (The Observer, September 2007) make better decisions as did Churchill and Roosevelt compared to Hitler, Mussolini and Stalin. Especially in our global age that brings us ever-closer to each other, confronting prejudice fosters peace and harmony.

Conversely, societies that breed prejudice are oppressive. Tragically, dictators like Hitler, Mussolini and Stalin capitalized on this tendency of human nature in order to inspire fear and prejudice in their citizens and further their despotic power.

Sadly, even in open, developed nations like our own, where we have supposedly progressed beyond tribalism, individuals learn prejudice from our upbringing and surroundings.

Go Set A Watchman, Harper Lee's recently published novel, can serve to increase our awareness of the complexity of people and prejudice. In the classic story, Atticus Finch, an attorney, battled injustice regardless of personal cost. In the new book, he is portrayed as a complex person who is capable of heroic acts as well as harboring feelings of white supremacy.

Forcing prejudice to step out of the closet is a first step to contend with it. In essence we prejudge constantly and too rarely have the opportunity to grasp the complexity of every individual we meet. I naturally assume a great deal about someone with whom I haven't exchanged a single word. As I speak to them I realize how far off base my assumptions most often are.

Mr. M. tells me about his niece who met prejudice in Japan because she was only half-Japanese. Over time, however, she became a major force in the community and was regarded kindly as a "sister." When she didn't come home after work one night, the neighbors were concerned. Upon her safe arrival the next morning, they cheered her as if they were celebrating a national holiday.

The goal is to increase our awareness with:
Education
Exposure/proximity
Travel
Necessity (economic advantages)
Recognition of our common origins: a long time ago, we all descended from one man and one woman

Conclusion: Opening our minds to receive new information and process the complex problem of prejudice, ultimately enriches our lives and reinforces our survival.