November 17 is World Prematurity Day. Chances are that you have been affected by premature birth, or know a family member or friend who has. For every 8-10 babies born in the US, one will be born prematurely. While I have taken care of many premature infants in the course of my career as a neonatologist, my most memorable one is my son Calvin. He is now a happy and active 7-year old. But, he caused us a little anxiety when my wife went into labor 5 weeks early when she was only 35 weeks into her pregnancy. I was already on call and working in the neonatal intensive care unit that night when she came to the hospital to labor and delivery. Fortunately, Calvin did not require any medical assistance at birth and did not have to come to the NICU. However, that is not always the case, as premature birth can lead to serious illness, and even death.

You may be familiar with the story of Patrick Bouvier Kennedy, who was born to President John F. Kennedy and Jacqueline Kennedy in 1963. He was born at a similar age as Calvin, but suffered from a condition called hyaline membrane disease, also known as respiratory distress syndrome. Those are basically fancy names for under-developed lungs. Although Patrick was cared for by expert doctors and nurses, he passed away at 2 days of age. Since that time, there have been dramatic advances in the care of mothers and premature newborns, including medications and therapies to treat respiratory distress syndrome. This advancement has partly been due to increased awareness of the condition due to the Kennedy family tragedy and funding for pediatric research since that time. We can now help treat respiratory disease in infants born as early as 24 weeks gestation; that is 16 weeks before the due date. 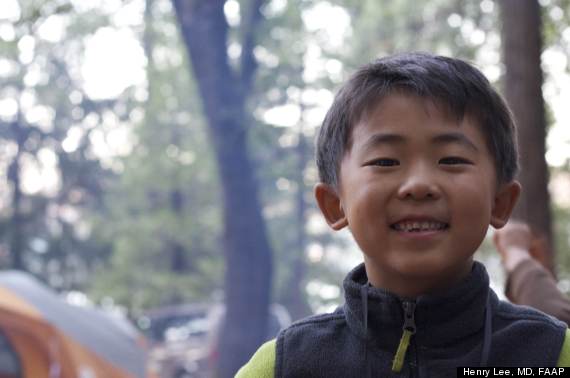 However, there is still much more progress that needs to be made. Although there have been many medical advances, premature infants are still at risk for death and serious morbidities, particularly those born at the earliest gestational ages. They may sometimes require weeks to months of hospitalization after birth, with significant healthcare costs. Furthermore, premature birth can sometimes lead to developmental delays and disability later in life. While most children and adults born prematurely do very well, there is a higher risk for difficulty in school and poorer health, including vision problems and increased respiratory and cardiovascular disease.

One thing that we have learned as healthcare professionals is that we need to take premature birth seriously, even if the birth is "only" a few weeks early. Over the years, as therapies for prematurity have improved, there has been some complacency to induce delivery or perform cesarean section delivery electively. Although this may be required in some cases for the mother or baby's health, it may be unnecessary in many instances and lead to complications for the baby. The March of Dimes has developed "Healthy Babies are Worth the Wait", in partnership with Johnson & Johnson, for hospitals and communities to reduce premature birth, to avoid elective deliveries prior to 39 weeks gestation.

The problem of prematurity is even more pronounced in the developing world, where resources and training are less available. The World Health Organization and partners released the report "Born Too Soon: The Global Action Report on Preterm Birth" earlier this year, highlighting that 15 million babies are born too early worldwide and that premature birth is the #1 cause of death in the newborn period. However, even without the advanced technology available to us in the United States, there are therapies and strategies available in low-resource setting countries to care for premature infants.

When Calvin was born early, we wondered why he had been so eager to come out. My wife attributes it to the fact that she was busy hosting a sleepover birthday party for Calvin's older sister a few days prior. Although it is possible that the "stress" of the party may have played a part, the reality is that we know very little about the cause of premature birth in most cases. Perhaps, one of the most important priorities for research is to find out why it happens, so that pregnant women can reduce their risk for preterm birth. This will be a crucial step in order to develop strategies to prevent premature birth and improve the health of women and newborns worldwide.