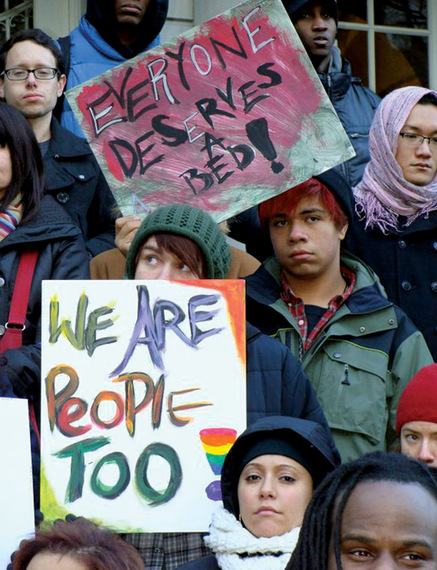 Numbers can seem cold and unfeeling compared to reality. Homeless kids with nowhere to stay are cold too, but they definitely feel it.

In the real world, when there are not nearly enough beds for homeless kids, you see desperate stuff. LGBT young people come to the Ali Forney Center after having survived in some desperate conditions. It is a hard to listen to a teenager tell you about sleeping in unheated abandoned buildings, in forests, in subways, on rooftops, in pay toilets.

It is hard to listen to them describe the hardship of being out in the cold, hard to hear how terrified they are; terrified of their vulnerability sleeping in public settings, often too afraid to sleep for more than a few minutes at a time. It's harder still to listen to many talk about their feelings of worthlessness, to hear how they struggle with their parents' refusal to love them because of their being LGBT, how they struggle to cope with having been cast out to the streets as though they are utterly without human value.

The homeless LGBT youth crisis is getting worse. At the Ali Forney Center, the nation's largest organization providing housing and supportive services to homeless LGBT youths, the numbers of young people coming to us for help surged in 2016. While in 2015 we saw 1,200 youths, in 2016 we will see close to 1,500 young people, an increase of 20 percent. Other homeless LGBT youth providers are also reporting ever-increasing need. For example, Rick Westbrook of Lost-n-Found Youth, a center for homeless LGBT youths in Atlanta, Georgia, reports that in the last year the number of visits they are receiving has exploded, growing from 300 to over 525 per month.

And now we wait to see what policies the Trump Administration will propose for homeless youth. Given the relentless anti-LGBT beliefs of his cabinet members, we have to anticipate that policies enacted to protect LGBT people, and particularly transgender people, in federally funded shelters will be rescinded, thus making an already violent and frightening system for LGBT young people even more inaccessible. Furthermore, we are preparing for the possibility that the grossly inadequate federal funding for homeless youth will likely be cut. And we anticipate a return to the policies of the last Republican presidency, when LGBT youth organizations were frozen out of federal funding. At the Ali Forney Center we fear that over the next three years we will likely lose over $1 Million in federal funding.

It is urgently clear that with this new administration, homeless LGBT youths will need the support of our community and our allies more than ever before. They will need us to support the precious programs which offer them safe shelter, and affirm their worth and value as LGBT young people. They will need lifelines of protection where they can heal from the trauma of rejection and homelessness and rebuild their lives. The Ali Forney Center gratefully welcomes any support to help us continue our mission of housing and healing homeless LGBT youths. And we encourage you to support programs for homeless LGBT young people in your local areas.

We have prepared case studies that demonstrate what our young people suffer in their homes, what they endure in the streets, and the profound healing that can occur when they are provided with homes where they can be supported and accepted for who they are. (Names have been changed to protect their privacy). Reading these can help anyone understand why we must defend programs for homeless LGBT youth in the time of Trump.

PHOTO GALLERY
Homeless for the Holidays 2016
Download
Calling all HuffPost superfans!
Sign up for membership to become a founding member and help shape HuffPost's next chapter
Join HuffPost

Preparing For An Emergency: Protecting Homeless LGBT Youth During The Trump Presidency
Homeless for the Holidays 2016 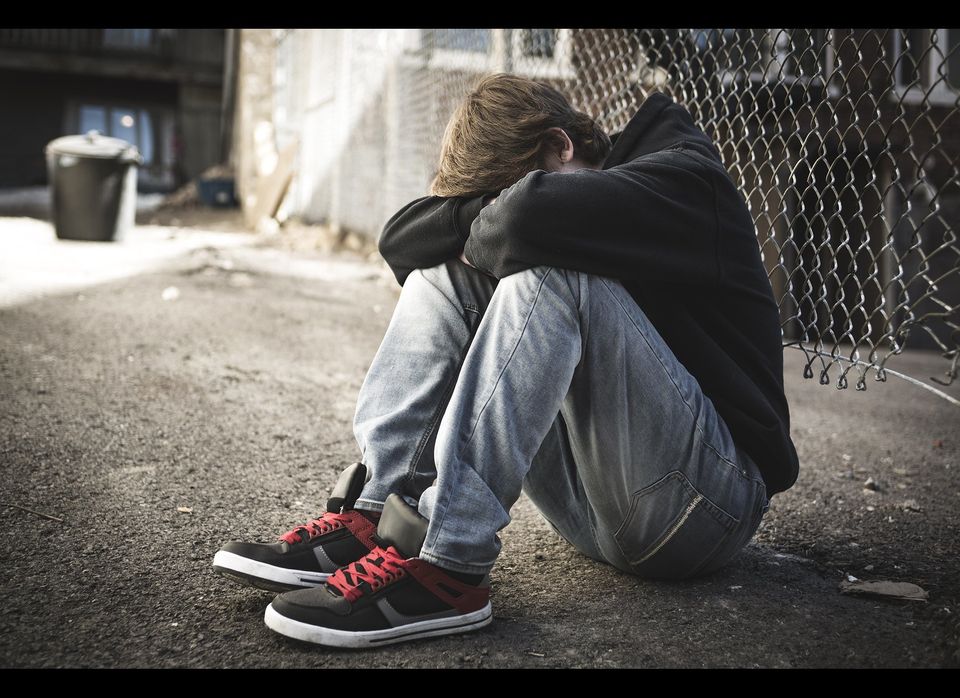 1 / 4
Antonio, 19
Antonio was raised by his mother, a person who loved and celebrated him from the day he was born. They had a very close relationship. There was nothing he couldn't tell his mom. When he was 12 he told her he liked boys. She cried. She was was happy for him to have the courage to tell her something she knew so many other boys like him could never tell their mothers. Antonio's mom became an activist for LGBT youth and especially for her son. She worked with his school, church and within the community to ensure he had the support he needed. If anyone had an issue with her gay son they would have to take it up with her. Shortly after Antonio's 14th birthday his mother was diagnosed with cancer and died. Antonio's world drastically changed. Lacking family in this country Antonio made it into a foster home. His social worker made no effort to find him a placement that would be supportive of his identity. In fact, he felt that she was homophobic and he once overheard her mock him. Antonio would be placed in three foster care homes throughout his time in the system. In the three years he was in the system he encountered homophobia and rejection in ways he never new existed. With each placement Antonio grew more and more depressed and anxious. The grief of losing his mother was compounded by being forced into a life of having to hide his identity. His last foster parent was physically abusive and often taunted him for being gay. He remembers his last Christmas in the system. His foster mother lined up the boys and girls at different tables to receive their gifts. She told Antonio to sit at the girls' table so he can get a girl gift like his mother would have given him. The kids in the foster home laughed. Antonio could not hide his pain and broke down into tears. Six months before his 18th birthday, his social worker informed Antonio that he was considered independent and had six months to leave the system. Antonio was lost. He tried to get into college and applied for financial aid for room and board but the timing of his application wouldn't align with his need for shelter. One week after his 18th birthday Antonio was "unstably housed," a term used to describe someone who, like Antonio, has no real home and is on the brink of homelessness. Antonio slept on friends' couches, while working part-time jobs and waiting for the school year to start. As his living situation became more bleak, Antonio started meeting men online to piece together places where to sleep. Lacking support during the most crucial times in a teenager's life and struggling to stay off of the streets, Antonio missed deadlines for his college application process. Antonio never made it college with his peers. Antonio started searching for help on the internet where he found AFC. Within hours of contacting us by phone, Antonio was on his way to one of our shelter sites where a bed was waiting for him. The next day he was connected to our educational support services program where a dedicated team of staff helped him file for an extension for financial aid so that he cold focus on mental health support and healing. In the United States the average coming-out age is 12 years old. Youth are emboldened and empowered to come out in part because of the progress of the LGBT movement. Unfortunately for young people like Antonio the system they relay on when in need are still very homophobic, transphobic, and unsafe for them. Antonio started college this year and is doing very well. Antonio will be living with us until next fall when, with our help, he will move on campus. Antonio says he hadn't felt the love and support for being gay since his mother died until he came to Ali Forney Center.