Like so many chirping miner's canaries, about 400 people met last weekend in a Boulder church and hotel to talk about what might perhaps best be called "collapse preparedness."

The occasion was a conference called "Our Local Economy in Transition: Exploring Food Localization as Economic Development," organized by Transition Colorado, the local arm of the "Transition Towns" movement.

Heard of it? Well, it sprang up in England in 2005 and has since spawned more than 300 "Transition Towns" in North America, the UK, Europe and Australia.

The Transition people speak of "the three E's," an unhappy convergence of three global crises: environmental (climate change), energy (peak oil) and economic (real estate collapse, debt at all levels, global overcapacity and unemployment). Eschewing what they view as rampant denial of the fix we're in, these particular people are preparing for it, mostly by going back to the land and preparing to help one another. (See "What is Transition?" for a nice overview.) 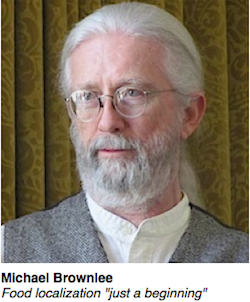 One focus of this preparation, and the focus of last weekend, is on massively expanding the production of food right here in Boulder County -- on the assumption, alas, that things are going to get so rocky that planes and trucks bringing food from afar just may not be part of our future.

Said Michael Brownlee, a Transition Colorado leader and one of the conference's organizers: "This local food and farming revolution is coming just in time because a great storm is coming on this planet. ... We are living at the end of an era that most of us grew up with and that we have come to take for granted, but which will change quite radically in the next few years because our traditional, or conventional, food and farming system is already beginning to fail us."

Enter the local farmer. According to figures presented at the conference, Boulder County now produces only about 2 percent of the almost $1 billion worth of food it consumes annually, and that's despite having two nationally acclaimed Farmers' Markets as well as numerous farmers selling produce locally, some through season-long community-supported agriculture (CSA) memberships. Arguably, there's huge upside here -- both for feeding the population and for bolstering the local economy (hence the inclusion of "economic development" in the conference's title). 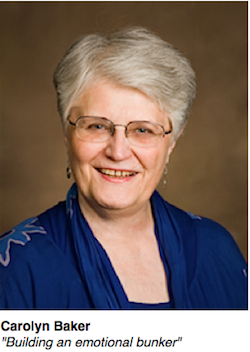 Some conference attendees were farmers and would-be farmers, eager to learn techniques for growing and selling their produce. Others were backyard gardeners wanting only to feed their loved ones. And some were people deeply involved with the slightly cult-like "transition movement."

Their vision of the near-term future runs rather dark. Said Brownlee: "We're learning that not only is our way of life unsustainable, but it's now coming to an end. Of course not everybody is happy about having to make this inevitable transition, and many are doing their best to resist it."

The weekend began with a Friday night screening at Unity of Boulder of a superb film, "The Economics of Happiness," which poignantly contrasted the harmony and happiness that was present in a self-sustaining village of transplanted Tibetans, versus what happened when globalization hit their village, with the story expanded on with commentary from prominent experts about globalization's effects on us all (view video trailer). Earnest small-group discussion among the 300-plus in attendance followed the film.

To kick off Saturday's session at the Millennium Hotel, a leading figure of the collapse-preparedness movement, Nicole Foss, who writes prolifically under the pen-name Stoneleigh on the blog The Automatic Earth, gave a big-screen slide presentation followed by a video Q&A, magically Skyped-in from somewhere in Northern France. Foss sees sharp deflation (not inflation) in our economic future, and urged people to prepare for stormy days ahead by owning "hard goods" like hand tools, perhaps picking up some precious metals, and being wary of a banking system that "is functionally insolvent already." After a barrage of charts and statistics, her concluding remarks: 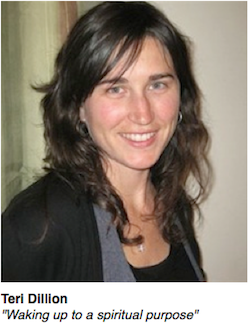 "We're facing a period of great change - first a shortage of money, and then of energy. Business as usual simply will not be an option. Our top-down life support systems...are failing even now. We need community-level systems to provide for essential goods and services for our future, and those local systems must be resilient. They must be tough. ... And above all we need to resist the corrosive psychology of contraction and maintain our focus on positive, constructive activities for mutual benefit."

(See a January 2011, 40-minute video of a talk by Nicole Foss from The Nation magazine's excellent Video Nation series.)

Foss's comments about mutual aid highlight the contrast between the transition movement's viewpoint and the stereotyped "survivalist" ethic of retreating to Idaho and looking out for Number One, preferably at gunpoint. Transition's flavor is all about cooperation: befriend your neighbors because you're going to be needing one another.

Ensuing panel discussions included personal accounts by four people whose lives are already deeply influenced by transition planning, followed by another session with presentations by a foursome all of whom are working on mental and emotional preparation for turbulent days ahead.

For Carolyn Baker, the focus is on extending the transition movement into areas that she, a trained psychologist and former college teacher, calls "building your internal bunker." To whit:

"People are increasingly discovering that awareness-raising, growing gardens, reskilling, storing food and water and so forth don't help them cope emotionally and spiritually [with] the end of life as we know it."

Baker is not alone among this group in referring to what's coming our way soon as "collapse." (See Baker's detailed exploration of the psychological and emotional dimensions of what lies ahead in her just-published book, Navigating the Coming Chaos: A Handbook for Inner Transition," and in her equally bluntly-titled earlier book, Sacred Demise: Walking the Spiritual Path of Industrial Civilization's Collapse.)

Panelist Teri Dillion, a psychotherapist who works with the Addiction Recovery Center in Boulder and in her own practice, Waking Heart Therapy, spoke of the addictive and compulsive behaviors by which people try to ward off anxiety and depression, and likened the addict's avoidance mechanisms to society's avoidance of the reality of what's coming our way. In both cases, recovery is similar:

"It's letting go of an old worldview, an old way of being that is destructive and unhealthy, greedy and selfish. And being willing to hang out in a middle zone where you're kind of lost, you don't know what's going on, who you are or what to do. And then eventually moving into a new way of being that takes into account not only your own needs but the needs of the world around you and finds, ideally, some sort of sustainability in your behavior. ... For a lot of people it's a process of waking up to their own spiritual purpose, and to a sense of service."

Panelist Margaret Emerson described how cultivating a contemplative relationship with nature can help people develop emotional resilience, something she discovered in a "peak experience" herself, and which inspired her to write a book, Contemplative Hiking Along the Colorado Front Range. Her book describes 26 hikes and suggested some heart-opening activities to go with each. Through hiking, said Emerson, "I realized that there is a source of beauty and spirituality that is accessible to me at any time."

Michael Brownlee noted as he wrapped up the same panel: "There's a revolution that's beginning to unfold here. Right now it looks like local food, but that's just the beginning. ... We're going to be going through all this together, whatever it looks like. We need to start now to build these bridges [between us]."

As the panel wound down, Margaret Emerson commented: "The people in this room represent the maybe 5 percent of the population that knows what's going on." Added Brownlee: "Or less."

This article appeared in a somewhat different form on the website The Boulder Reporter.