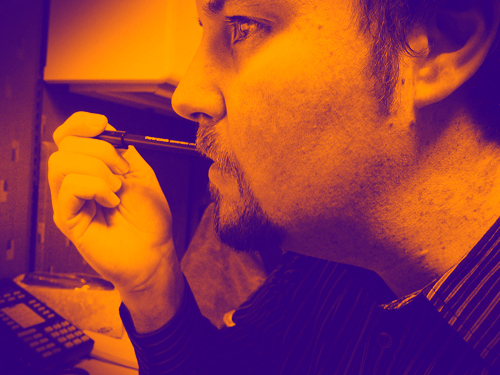 I read an interesting term yesterday: "clickwhore," defined as a writer or publishing site that will do anything and everything to get you to click on their stories, whether by sensationalizing a headline, picking the most salacious news to cover, promoting smut over substance, or simply waving dirty pictures to grab your attention. Clickwhoredom is so rampant I actually saw a writer post her newly published piece on Facebook with the plea, "Here's my latest story. Please click on it. You don't even have to read it, you just have to click on it. That's how I get paid."

This is what online journalism has come to. You don't need to actually read the words a writer's taken her time to research, think about, and use her skills and talents to put together in a cohesive article, just click, please.

With this as the shameful model of what news and the reporting of our life and times have become, juxtaposed against the media glut that tsunamis over every one of us every single day, let's look, for a moment, at the impact this unholy alliance is having on the health and welfare of those who make a steady diet of news via computers, radios, tablets and TVs:

A woman gets up, starts the coffee and gets breakfast going with the TV on; news accompanies her early morning ritual as she clicks from one channel to the next, one story after another regaling her with details of the latest shooting, sex scandal, drug shenanigans, and criminal activity, rounded out with the usual fisticuffs and hissy-fitting that is known as politics in the 21st century. Before she can even finish her scrambled eggs her stomach's in a knot; she clicks off the TV, pops a Tums and starts her day anxious, worried and convinced the world is headed for armageddon.

A man gets on the train and, as he takes his daily ride into the city, scrolls his pad for the top news stories of the day. Flipping from one media source to another he sees the same stories told and retold in all their aggregated glory. He's bored by the hyperbole and redundancy but if he dares venture into the comments section, he's bombarded with a form of verbal waste that goes beyond ugly to the point of sociopathy. Triggered in the past to sometimes comment in response, he stops himself, experienced enough to know he'd be jumping into an eddy swirling with such bile it'd surely ruin his good mood. Off goes the pad as he picks up a rumpled newspaper (that won't be flashing banner ads and seductions to other stories!) to check sports scores.

Another fellow watches cable news 24/7, keeps up with every story from morning till night, checking each media outlet like so many watched pots, so concerned he might miss something, which, of course, he seldom does. When he isn't watching, he's parroting, with great vehemence, all that he's "learned" to whomever will listen (or is within shouting distance), then wonders why he has headaches, dizziness and recurring intestinal problems.

The list could go on. You know these people; you might be one of these people. We are all, to some degree, at least those of us who feel an earnest desire to stay informed, victims of our current glut of ALL NEWS ALL THE TIME and, to be frank, it's killing us. Or at least giving us a very skewed and unhealthy perspective of our world and the people in it.

A friend of mine posted on Facebook recently that she'd lost faith in humanity after reading the comment section under an online news story. While I share her distain for the trend in comments to be as vile and ugly as possible (and compiled some thoughts on that in What Trolls Are Doing to Our Politics, Our Culture... Our Brains), the fact is, other than publishers taking a firm stand to either monitor and delete ugly comments or delete the comment feature all together (a drastic move taken by the very popular Popular Science), there's little to be done about verbal bullies who persist even in the face of cultural disgust (just look at the troll comments under my article about trolls!). That is, except, taking control of your own news diet.

A controversial piece by Rolf Dobelli at The Guardian took on the topic in "News is bad for you -- and giving up reading it will make you happier," pushing the point that a constant influx of news not only "hinders your creativity and ability to think deeply," it's bad for your health:

The media feeds us small bites of trivial matter, tidbits that don't really concern our lives and don't require thinking. That's why we experience almost no saturation. Unlike reading books and long magazine articles (which require thinking), we can swallow limitless quantities of news flashes, which are bright-coloured candies for the mind. Today, we have reached the same point in relation to information that we faced 20 years ago in regard to food. We are beginning to recognise how toxic news can be.

Dobelli goes on to extrapolate how "news misleads... is irrelevant... has no explanatory power... is toxic to your body... increases cognitive errors... inhibits thinking... works like a drug... wastes time... makes us passive and kills creativity."

That's quite a list. Read those side-effects about anything else and you'd be running for the hills. And yet we're drawn, as members of the human race, as citizens of our countries, our communities; our neighborhoods, to understand what is happening in the world around us. We want to know what our politicians are doing, how our road repairs are going and what's happening in the Middle East. We need clarifying details when tragedy strikes, a place to read and share communal grief and outrage. We want to be informed when malfeasance has metastasized or proaction is required to quell a misguided activity. So what are we, the viewing, reading, pulse-taking public, supposed to do if we want to be informed but also want to feel better about life and our fellow humans?

I'm pretty much with Dobelli. Turn off the news. Put down the paper. Click off the internet. Step away from social media. And never, EVER read comments.

First of all, be aware that most news we read these days is rewritten from an original piece by an "on-the-street" reporter who covered it in real time. That original story get picked up by the hundreds of other media sites, given a spin by their writers (keeping details intact, responsibly attributing the original piece and, in some cases, becoming less news, more opinion), and is then published across the globe. Same stories, different spin. I know this because I worked for some of those sites. It was always important to create original text, to offer opinion; to not to plagiarize, but frankly, we weren't out there doing the work of digging up news and covering it as first-run reporters (most sites can't afford that kind of reporting!); we were "re-reporting" for the readers of that specific site. We felt we were doing a service by raising awareness of the important stories of the day - and to some extent we were -- but eventually, from site to site, it all starts to become redundant glut.

So given that redundancy, along with the rest of Dobelli's side-effects, here are my suggestions:

1. Pick two -- just two -- news sources that you like and trust and READ ONLY THOSE. No others. No need to pick through the bazillions of other media sites or print publications covering the same stories. Redundancy leads to oversaturation, which leads to anxiety and a sick stomach. Stick to your trusted two. It might take some discipline to resist the pull of others waving "dirty" pictures, but be strong. Certainly avoid TMZ or any site that doesn't even pretend to be high-minded.

2. DO NOT EVER READ COMMENTS. Seriously. You will miss some thoughtful input from saner readers willing to stick their necks out (miss you guys... catch me on Facebook or Twitter, okay?), but it's like going into a tunnel at midnight in Central Park. You might survive, but why risk it? Very, very bad for your health.

3. Watch only one hour of cable news, maybe another of local. Pick whichever channels best fit your inclination, then watch one show of each. That's all. You know the other shows are just a replication of the exact same information and that overindulgence is like forcing your blood sugar into insulin shock. You just need one.

4. Don't waste your time getting into social media snit-fests with those with whom you don't agree. I have one former colleague who takes great pleasure in this activity, posting his gloating "successes," crowing about how he annihilated some poor dissenting commenter who dared take him on; acting as if the act of verbal bullying (regardless of who was right) is the height of accomplishment. Others goad him on, giving him their approval, all contributing to the toxic, time-wasting endeavor of low-brow spit-fighting in lieu of any real action or accomplishment. Don't take the bait. Leave your (thoughtful, productive) comments as you see fit, then move on. It's not worth the time or aggravation. Go do something useful instead.

5. Think about the tone and value of everything you read or post online. Refrain from reading and posting every single horrible, bloody, dark-side-of-life story about every rape, murder, sexual deviant, ridiculous Republican, Obama-hating Democrat, psychotic criminal, animal abuser, etc. We all know it's a challenged world out there, but there is no spiritual value in the verbal and visual onslaught of the most hateful and negative news stories. If you feel compelled to inspire people to a cause, do it, please, with a higher tone, clear information, and fewer bloody pictures.

There are likely other measures that apply but these five resonate most for me. On a personal note, I've been vigilant about this list for over two months so far (though, frankly, I'm not even watching one hour of news... none, in fact) and, like the writer at The Guardian (who's been off news for four years!), I find myself less anxious, less burdened, but still completely informed and plugged in. I'm not missing anything. And with selective doses of current events, as well as a focus on more productive, uplifting, creative matters, my view of the world and the people in it has been commensurately adjusted. Surprisingly, though we don't hear as much about it, there are lots of good people out there doing lots of amazing things. You can find those stories tucked away, far from the front pages, but they're there -- somewhere -- if you look. I encourage you to do so.

Otherwise, good luck, take two steps from the news, and call me in the morning.

Image by Amarand at Wikimedia Commons