More fake news every day on The Political Garage Chute.

NEW YORK, NEW YORK -- President-Elect Donald J. Trump announced this week that incoming First Lady Melania Trump and his son Barron would not be moving into the White House when he is sworn-in next January. Today he announced that his daughter Ivanka would be "taking on some of Melania's key positions" and one of them would include moving into the White House to "fill Melania's vacancy." 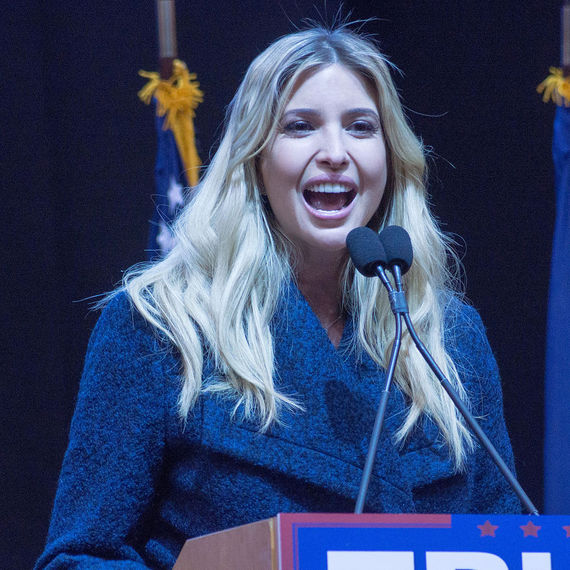 "It's a really natural fit, first of all," Trump explained to the press pool covering him, "and second of all, it's not like it's a downgrade in hotness at all. Look at my daughter. Isn't she friggin' gorgeous? I think she is. I think she's so gorgeous that sometimes I just can't help myself and I, you know, want to Access Hollywood her, if you know what I mean? Of course you do. Everyone knows what I mean because I have this great brain here."

Trump also reported that the American people have "nothing to worry about" in terms of Trump charging the taxpayers for rental of the Trump Tower apartment as he charged the Secret Service for the use of his private plane during the election.

"I'll give you all a great rate," Trump assured the American people, "trust me. No one gives discounts like I do. No one makes deals like I do. Just ask the people who attended Trump University, bought Trump Steaks, or drank Trump Water. Everything I touch turns to gold. Or at least if it's a turd, I know how to polish that turd. Speaking of turds, I'm hungry, who's hungry? Let's eat something."

Mr. Trump reported that his daughter would "play the part of Melania in many, many ways."

"Let's just say there are a lot, and I mean a lot of things that Ivanka can do for me just as well as Melania can," Trump insisted, continuing to add, "and if it weren't for certain laws she'd already be doing those before I was even elected. I'm always really blown...away by Ivanka, truly. She just rolls up her sleeves or drops to her knees, whatever, and gets the job done."

Before giving her approval to have Ivanka take her place, Mrs. Trump first consulted with current First Lady Michelle Obama.

"I just wanted to get her take on it," Melania told reporters at a separate press conference, "to see what she would do first."

Mr. Trump summarized his decision succinctly before the presser was concluded.

Donald Trump will be sworn in as the 45th President of the United States on January 20th, 2017. Currently, he trails Hillary Rodham Clinton in the popular vote count by over one million votes.