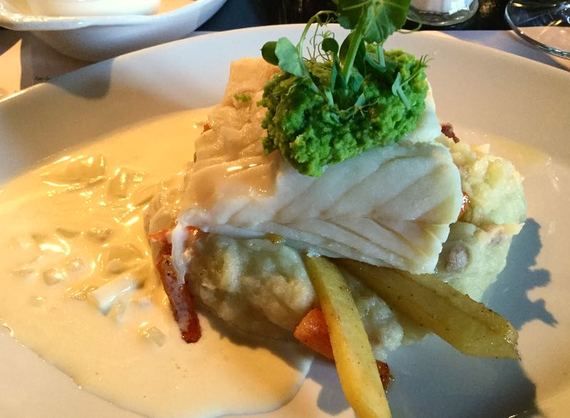 Bacalao, a meal made out of salted dried cod, is a popular Mediterranean dish. We've found it on menus in Italy, Spain and Portugal and its influence has also spread across the Atlantic. It's hard to go into an authentic Italian food market without seeing at least one wooden crate stacked with the stiff dried fish. Because this meal is popular in warmer climes, it was a surprise for us to find out that 90% of the world's salted dried cod comes from Norway, a country much farther north. 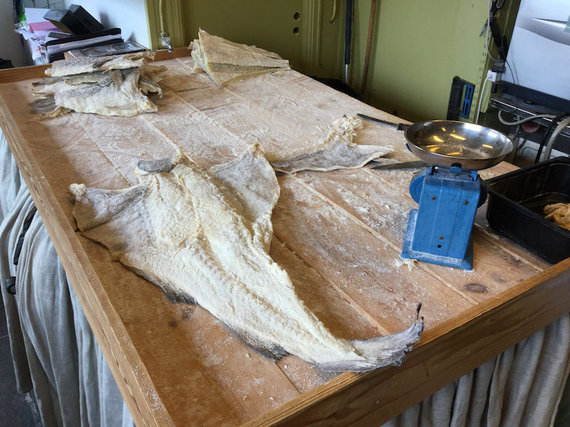 Norway boasts a long tradition of cod fishing and fresh cod is still popular. In fact, as we found out on our recent trip to Norway's Fjordland region, it's easier to find cod on a menu than salmon. That was another surprise. But to find meals made out of dried cod in Norway is rare since much of the delicacy is exported. We set out to find the origins of bacalao and its unique Norwegian ingredient. 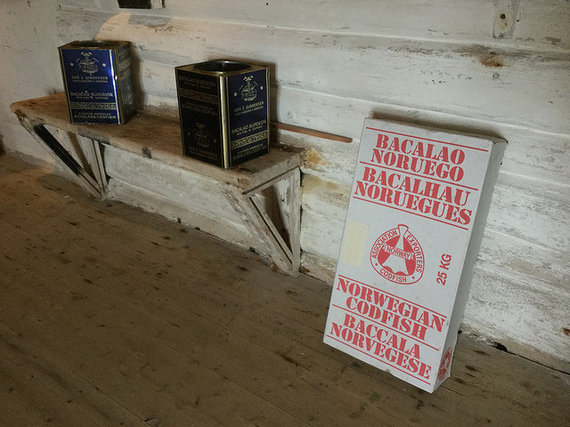 The town of Kristiansund, about 350 miles north of the capital of Oslo, is a capital in its own right, it is the "klippfisk"capital of the world." (Klippfisk translates as cliff fish.) In fact, the rocky cliffs surrounding the harbor are still white from years of salting cod laying on them to dry in the sun. 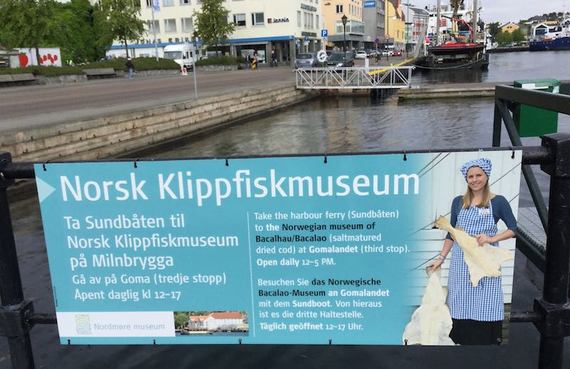 Today klippfisk is made in heated warehouses, but the Klippfisk Museum recalls the hard grind of "olden" days when men caught the fish while women and children spent painstaking hours laying them on the cliffs to dry. During our visit the museum guide was whipping up a fresh batch of bacalao, which while popular farther south, is a rare find in Norway. It was very tasty with a Mediterranean flair. 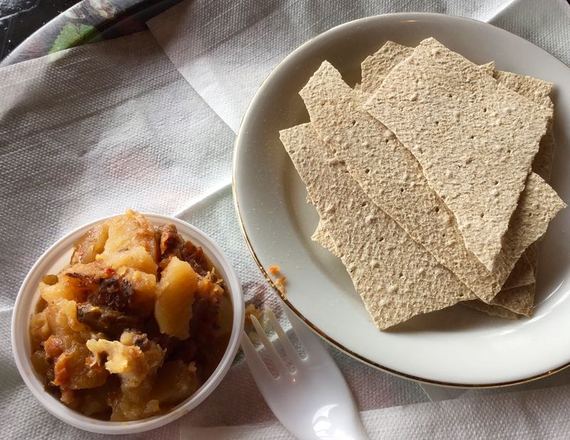 Here, in the center of historical klippfisk country, there is still a klippfisk shop called Klippfisk av Skrei run by a fourth-generation fishmonger named Knut Garshol. He considers himself the ambassador of klippfish in Norway as he keeps this traditional food on the culinary landscape. 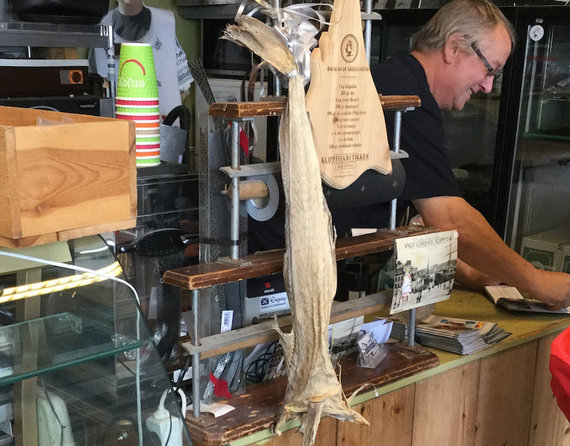 A few blocks from Garshol's shop, the Smia Fiskerestaurant still features it on their menu. Chefs Olav and Stian (who despite all appearances in the photo below, are not twins) explain that the fish is dried and salted for 10 days before they acquire it, at which point they reconstitute and drain it for 5 more days. 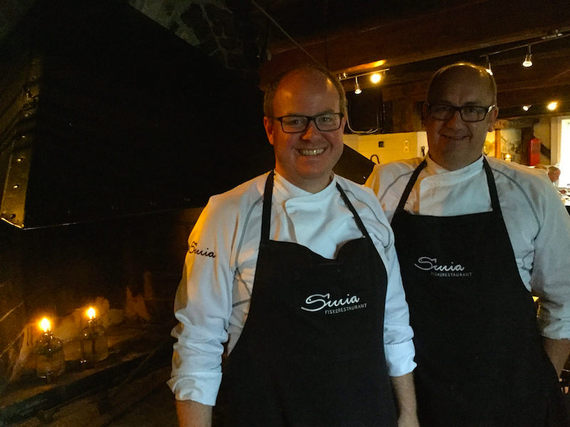 We tried klippfisk alongside its natural source, fresh cod (that was just off the boat and delectable.) Not having grown up with klippfisk, it was certainly a different taste for us. To the Norwegians sitting around us, klippfisk was the ultimate comfort food and they ate it with delight. And a small piece of Norway, and the world's, food heritage was preserved (in this case, literally).

Philadelphia natives Larissa and Michael Milne turned 50, chucked it all and decided to travel the world for a year. That was in 2011 and they've been global nomads ever since. Follow their journey and pick up travel tips on their blog at Changes in Longitude.