Just over a week ago, President Barack Obama was pitching his jobs act at Denver’s Abraham Lincoln High School and in two weeks he’s returning to Denver again, his second visit in under a month.

The Denver Post reports that the details of the visit have not been finalized, but sources close to the president say he will make a campaign stop at the University of Denver for a reception and discussion at the Ritchie Center during the week of Oct. 24. The October visit is sponsored by Obama for America and the Democratic National Committee and it remains unclear if the visit will be a fundraiser or a town-hall event.

There are concerns that Obama will have to fight hard if he wants to keep Colorado blue in 2012, due to a prolonged downturn in the national economy and high unemployment in Colorado. According to the Department of Labor, the unemployment rate reached a staggering 9.3 percent in Colorado in February 2011 and now holds at 8.5 percent -- when Obama won the state in Nov. 2008 unemployment was at 5.8 percent.

Even the president’s Colorado allies like Gov. John Hickenlooper have expressed some doubts as to whether or not Obama can win Colorado again. In July, Hickenlooper talked to Politico about the potential of a 2012 win for Obama, “It depends on who his opponent was. I think it’d be a very close battle. There’s such dissatisfaction over people who have been out of work, not just for a few months but for a year and a half or two years.”

With sagging poll numbers and a struggling economy, Obama's second trip to Colorado in a month shows he's worried about losing this key battleground state. Unfortunately for the nearly 70,000 Coloradans who’ve lost their jobs since Obama took office, it seems he’s only worried about saving his own job.

Political analyst Floyd Ciruli spoke with 9News saying that the 2012 race is likely to be a tight one, “I think most pundits think it is going to be close. And if it's close, Colorado is one of the most balanced states in this country between its right and left and the power held by the middle.”

President Barack Obama Returning To Denver In October, His Second Visit In Under A Month 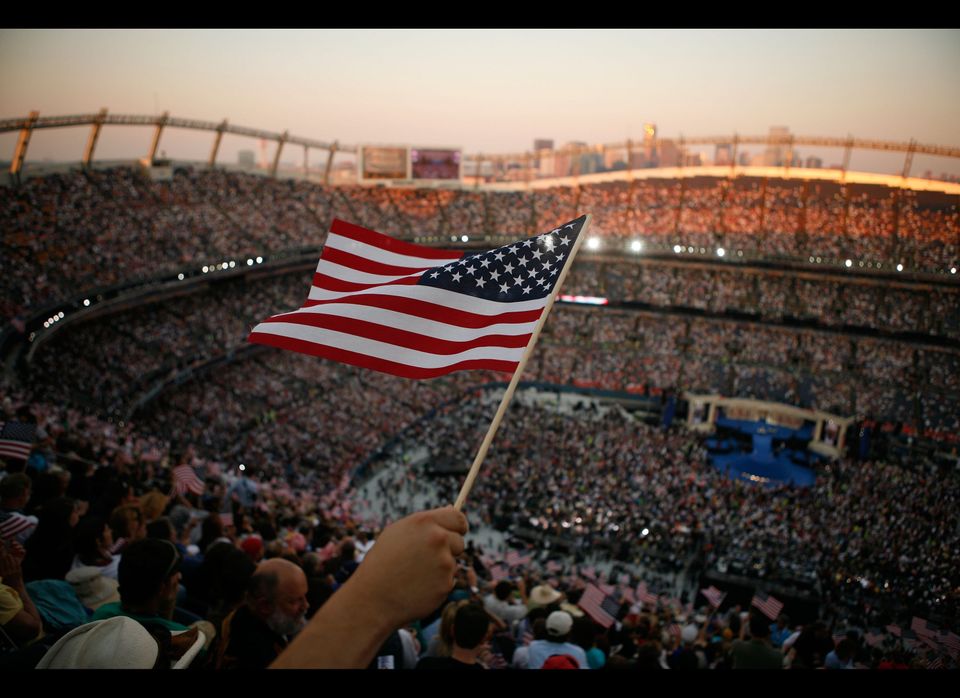 1 / 23
Barack Obama In Colorado
DENVER - AUGUST 28: A spectator waves American flags on day four of the Democratic National Convention (DNC) at Invesco Field at Mile High August 28, 2008 in Denver, Colorado. U.S. Sen. Barack Obama (D-IL) is the first African-American to be officially nominated as a candidate for U.S. president by a major party. (Photo by Max Whittaker/Getty Images)