For a man who’s reportedly obsessed with loyalty, President Donald Trump sure has an odd relationship with man’s best friend.

It’s looking very possible that Trump could be the first president in nearly 130 years not to have a dog in the White House.

Last month, some believed he might adopt a Goldendoodle named “Patton,” courtesy of Lois Pope, one of Trump’s friends in Florida. But as so often happens with dogs, Pope fell in love with it and decided to take the offer off the table.

“I walked over to him, through the Secret Service, and I told him, ‘Donald, I’m sorry. You can’t have Patton,’ ” Pope told The New York Post, recalling the moment she broke the news.

The president didn’t seem to take it particularly hard.

“We went back and forth between ‘You can’t have him’ and ‘I don’t want him’ for a little while,” she added.

The last dog-less president was William McKinley, who died just over a year into his second term after developing gangrene following an assassination attempt, according to the Presidential Pet Museum, a donation-based institution not affiliated with the White House or federal government. McKinley had roosters, a parrot and several kittens, the museum says on its website.

Woodrow Wilson narrowly avoided the label of being the last president to not have a dog after adopting a Bull Terrier named “Bruce” at the end of his second term. Wilson also had a purebred ram named “Ike” that chewed cigars and charged at White House staff in a “forceful and strategic” manner, according to a newspaper description at the time.

Wilson also appreciated a dog’s ability to judge character, once remarking, “If a dog ... will not come to you after he has looked you in the face, you ought to go home and examine your conscience.”

If a dog ... will not come to you after he has looked you in the face, you ought to go home and examine your conscience. Woodrow Wilson

As for the last president to have no pet whatsoever, you’d have to go all the way back to Andrew Johnson, who served from 1865 to 1869. (Though an argument could be made Harry Truman, who hated dogs but nonetheless received numerous puppies as gifts, also went pet-less).

There are some real advantages to having a dog around the house.

Huffington Post contributor Natasha Ashton notes an animal could improve everything from Trump’s relationship with the media to his own personal health. Dogs help lower anxiety and blood pressure in their human friends, and help reduce stress overall.

At a bare minimum, a dog could help Trump cope with all those lonely evenings he reportedly spends at the White House. With his wife, Melania, and son Barron still in New York City, Trump has reportedly been turning to Twitter for affirmation. 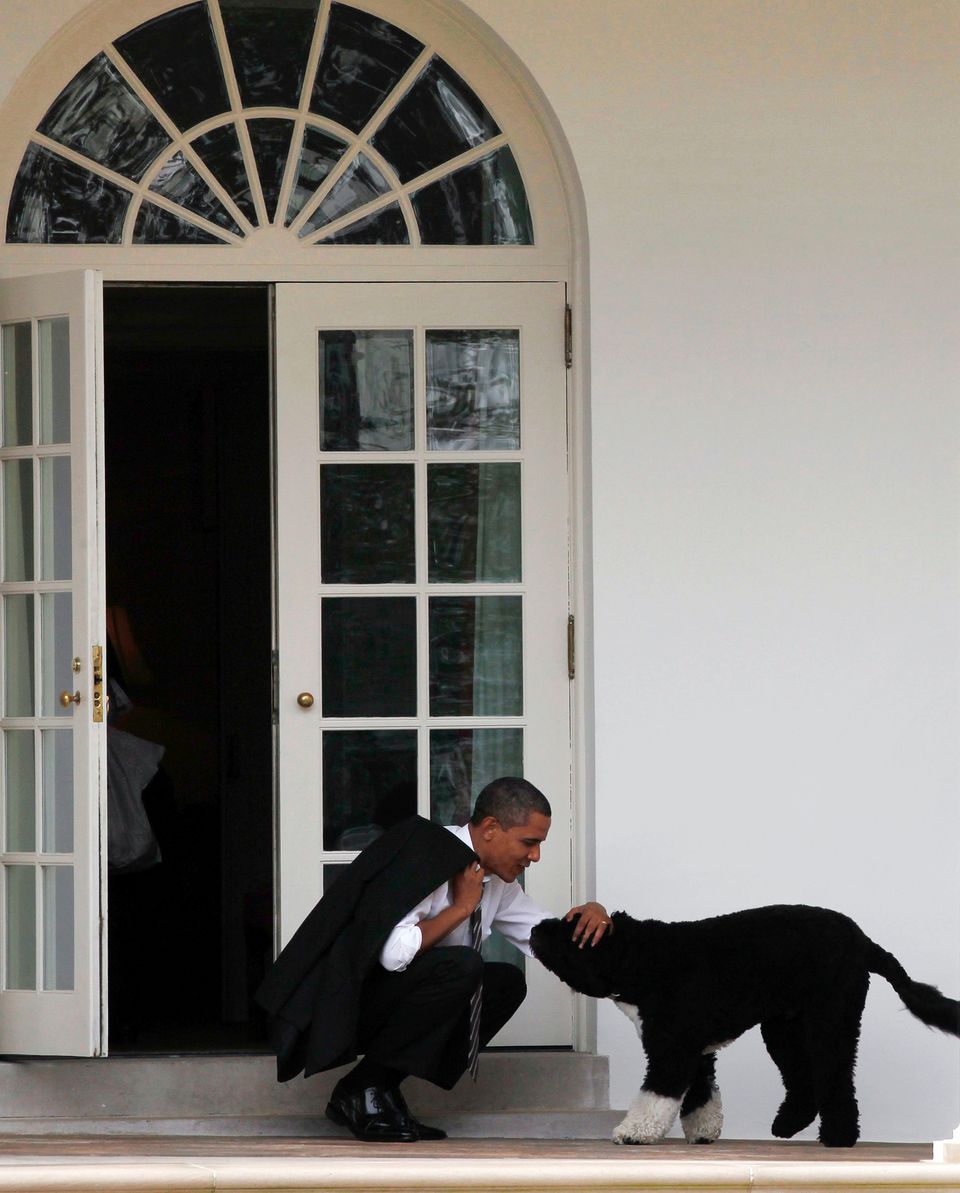 1 / 20
President Obama and Bo
U.S. President Barack Obama bends down to pet his dog, Bo, outside the Oval Office of the White House in Washington March 15, 2012.
Larry Downing / Reuters