WASHINGTON -- President Barack Obama arrived courtside Monday night to loud cheers and Bruce Springsteen's "Born in the USA" as he took his seat to watch an exhibition basketball game between the Brazilian and U.S. men's national teams.

A pool report confirmed that the presidential spectator "smiled," but "didn't kiss" Michelle Obama when the couple were caught on the arena's giant Kiss Cam screens. The crowd booed in response.

"Work up a sweat, ladies?" the president asked before reminding the players that the U.S. "could not be prouder" of their athletic achievements.

During a halftime interview on ESPN 2, Obama said "there's no reason" the U.S. should not "bring home the gold" at the Summer Olympics in London later this month.

UPDATE: 10:30 p.m. -- The president received a second chance on the Kiss Cam in the fourth quarter. This time, he and the first lady did smooch, shown in a tweet from CNN's Wolf Blitzer: 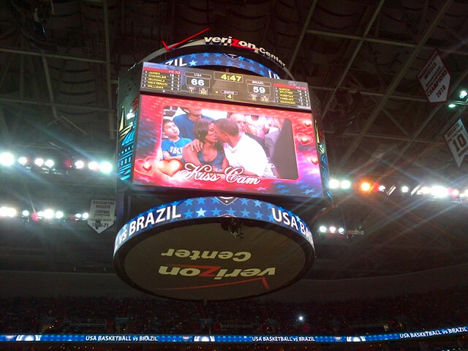 According to the pool report, the crowd cheered and shouted, "Four more years!"

The pool reporter had already been ushered outside, back to the motorcade, before the fourth quarter. However, she was brought back in -- perhaps not coincidentally -- in time to witness the kiss.

UPDATE: 7/17, 11:00 a.m. -- The Obamas didn't know they were on the Kiss Cam at first, so they made sure to kiss each other when the cameras turned to them the second time, White House spokesman Josh Earnest said Tuesday.

"This was the subject of some high-level conversations on the helicopter en route to Andrews Air Force base this morning," Earnest said jokingly during a gaggle aboard Air Force One. "I can tell you, based on a very good source, that reports that the president was rebuffed are false."

"So during Act 2 of the Kiss Cam promotion, the president managed to steal a kiss from his wife," Earnest said. 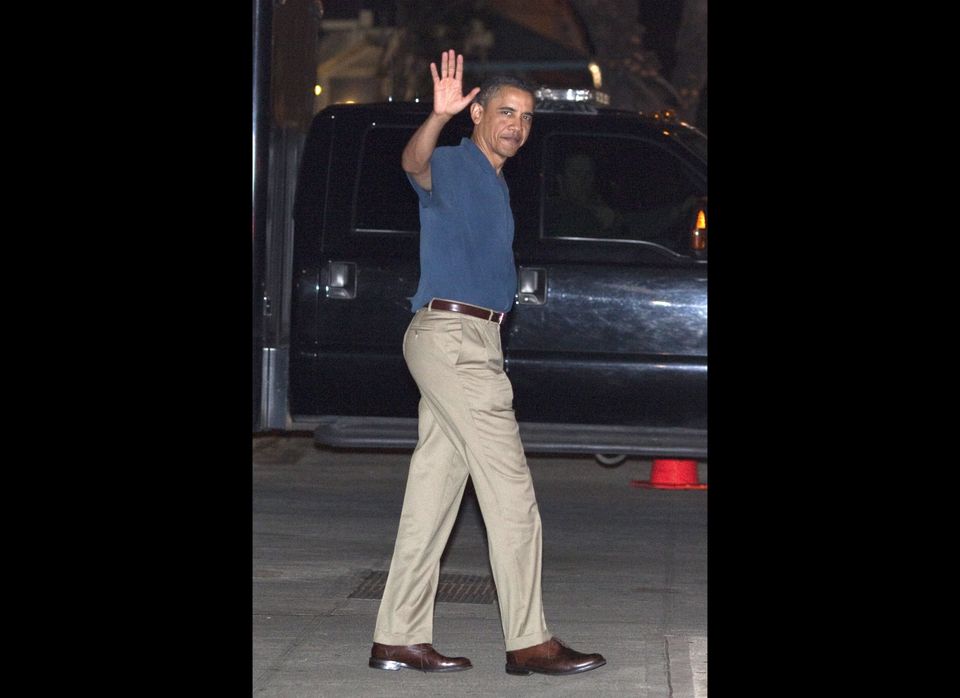