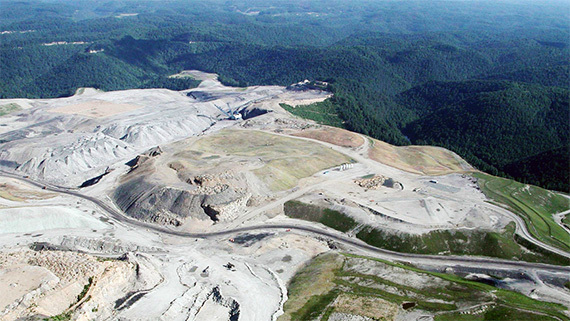 There are now dozens of studies demonstrating that those who live in proximity to mountaintop removal mining operations face higher levels of cancer, birth defects and other health issues. (Photo courtesy of Ohio Valley Educational Cooperative)

If you listened only to President Obama's critics in the coal industry and public officials from coal states, you'd probably think that environmentalists and others concerned by the many harmful impacts of coal and other carbon fuels would be well pleased with the administration.

But, the fact is, for all the complaints from the coal industry about the Obama administration's supposed overreaching, there are many people who believe the president hasn't done nearly as much as he could, or should, to properly protect the people and environment of Appalachia from the effects of mountaintop removal mining.

The Alliance for Appalachia recently released a Grassroots Progress Report highlighting both the successes and shortfalls on the part of the administration. 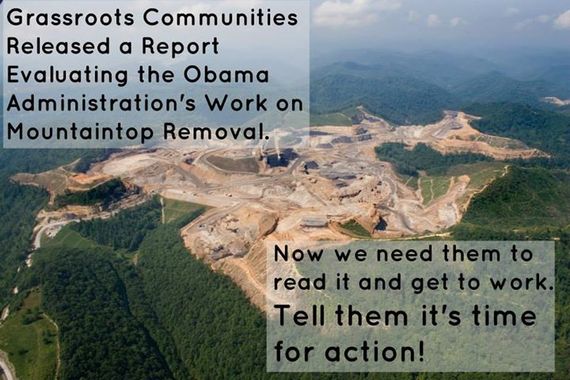 The harmful impact of selenium pollution and increased conductivity levels on stream health is well understood. Conductivity, which is the ability of water to conduct electricity, is a good indicator of the level of dissolved solids and other pollutants in a stream. There are now dozens of studies demonstrating that those who live in proximity to mountaintop removal mining operations face higher levels of cancer, birth defects and other health issues.

Unfortunately, this scientific knowledge has not resulted in urgently needed regulatory changes by the administration.

In some cases, the U.S. Environmental Protection Agency has taken half-measures, releasing a non-binding guidance, for instance, recommending state limits on selenium runoff. But concrete steps to enact binding rules addressing conductivity and selenium have stalled, and a study of health impacts by the US. Geological Survey was quietly abandoned recently.

According to the Alliance Progress Report, the Obama Administration should take four key actions in 2015: 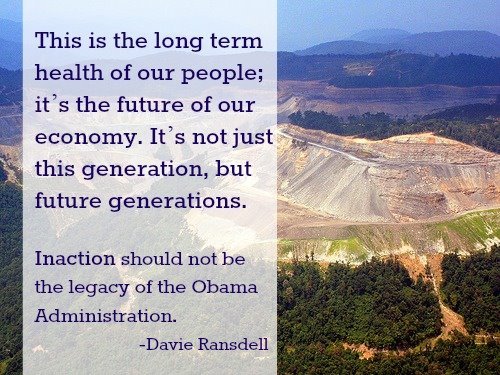 As Alliance volunteer Davie Ransdell, a retired supervisor for the Kentucky Division of Mine Permits, said in a recent commentary published in the Lexington Herald-Leader, "If the administration doesn't get serious, if the administration continues to restart dialogues instead of resolving them, these protections may never be enacted -- and progress for the mountains and those who live there will continue to falter."

The mining industry and its allies have been crying long and hard since President Obama took office, but the other side of the story has not gotten nearly enough attention. The problem is not that President Obama has done too much to regulate coal mining; the problem is that he could do more -- much more -- to protect the families and communities of Appalachia. 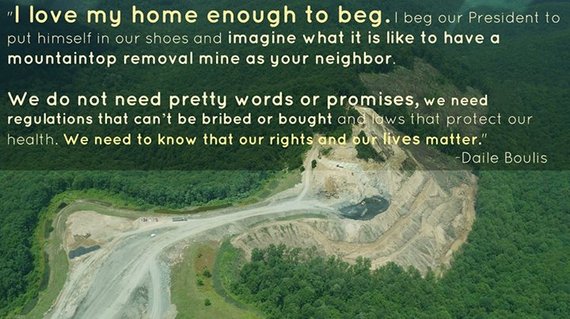