(Reuters) - President Barack Obama made a pilgrimage on Friday to the traditional birthplace of Jesus, receiving a subdued reception from Palestinians at the end of a Holy Land visit heavy on symbolism and lacking in practical steps toward peace.

"Gringo, return to your country," read a sign held by a small group of Palestinian protesters who watched the presidential motorcade roll into Bethlehem from Jerusalem after it passed through Israel's controversial barrier in the occupied West Bank.

Sparse crowds of onlookers were on the streets of the wind-swept Biblical city, where Obama spent only 35 minutes, the final stage of his three-day visit to Israel and the Palestinian Territories.

At the Church of the Nativity, built above the grotto where Christians believe Jesus was born, Obama and Palestinian President Mahmoud Abbas chatted amiably.

A day earlier, in the West Bank city of Ramallah, Obama urged Abbas to return to peace talks with Israel unconditionally, but there was no sign the Western-backed Palestinian leader would do so.

Abbas has said Israel must first stop its settlement activity in the West Bank before any resumption of the U.S.-sponsored negotiations, frozen since 2010 over the issue.

In Israel, Obama has tried to win over a skeptical public, assuring them of full U.S. support at a time of growing tensions with Iran over its nuclear ambitions and anxiety over the civil war in neighboring Syria.

But in a speech in Jerusalem on Thursday, he also urged Israelis to push their leaders to take risks and secure peace with the stateless Palestinians, calling on his audience of university students to put themselves in the shoes of their occupied neighbors.

At the Church of the Nativity, Obama ducked to enter through its small Door of Humility. Manger Square, the plaza in front of the church, was almost deserted except for security personnel.

A few waiters watched from a nearby restaurant and souvenir shops were almost empty or shuttered.

Earlier, Obama visited Israel's most powerful national symbols, paying homage at the Holocaust memorial and the graves of Theodor Herzl, the founder of modern Zionism, and Yitzhak Rabin, the prime minister assassinated in 1995 by an extremist Jew over peace moves with the Palestinians.

Wearing a Jewish skullcap, Obama rekindled an eternal flame at the Yad Vashem memorial next to a stone slab above ashes recovered from Nazi extermination camps after World War Two.

"We have a choice to acquiesce to evil or make real our solemn vow - never again," Obama said.

Officials said the visits to Yad Vashem and the Mount Herzl cemetery in Jerusalem were aimed at correcting an impression the president had given in a speech in Cairo in 2009, where he appeared to argue that the legitimacy of the Jewish state stemmed from the Holocaust.

At Yad Vashem, Obama made clear he recognized that Jewish roots to the Holy Land were centuries-old.

"Here on your ancient land, let it be said for all the world to hear, the state of Israel does not exist because of the Holocaust, but with the survival of a strong Jewish state of Israel, such a Holocaust will never happen again," he said.

Obama has reiterated to Israeli Prime Minister Benjamin Netanyahu that settlement building in the West Bank, land the Palestinians want as part of a future state, was detrimental to peace efforts.

But he retreated from the overt calls during his first term for a halt to the building and he has offered no new peace initiative during his trip, saying he had just come to listen.

Obama held a final round of talks with Netanyahu on Friday before flying to Jordan to discuss with King Abdullah an array of problems, including Syria and stalled Israeli-Palestinian peace moves.

Obama hopes to reassure Abdullah of Washington's support at a time when Jordan is flooded with refugees from Syria and battling economic difficulties and tensions from the "Arab Spring", aides say.

While Washington backs the Syrian opposition's effort to oust President Bashar al-Assad, it has limited its support to non-lethal aid to anti-government rebels despite growing calls from European and Gulf Arab allies to take a stronger tack.

The king has taken a mostly cautious line on Syria, calling for Assad to go, but advocating a political solution and not arming the Syrian leader's foes. Jordanian authorities worry that any emergence of Islamist rule in a post-Assad Syria could embolden Islamists who are the main opposition group in Jordan.

Jordan is one of only two Arab states - Egypt is the other - to have signed peace treaties with Israel and is seen as a potential player in any future U.S.-led peace push. It also has a majority Palestinian population. 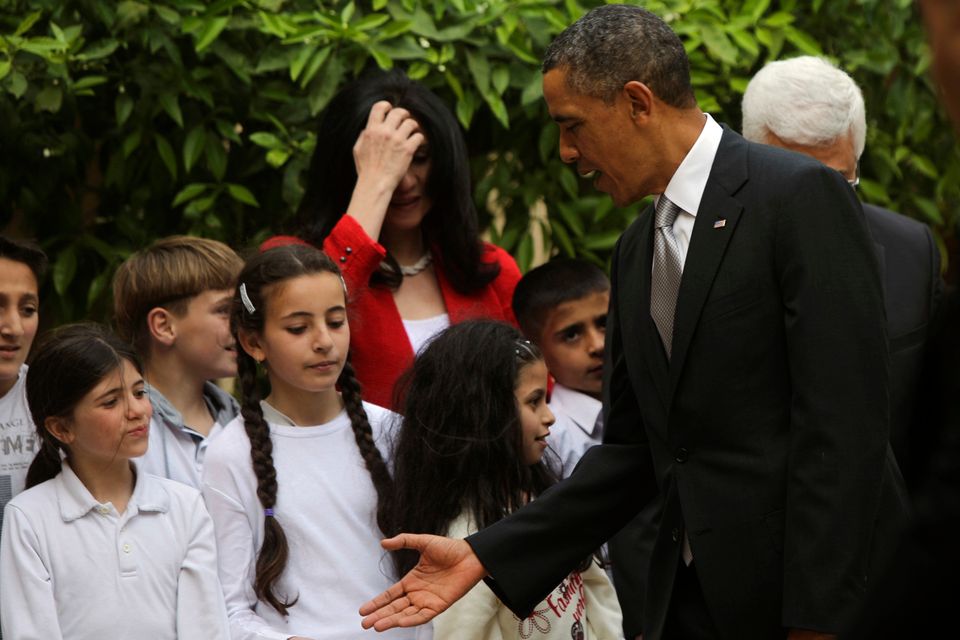