Officials have just released a list of all gifts that federal employees received from international politicians and other diplomats in 2009. Not surprisingly, President Obama tops the list of recipients, followed closely by First Lady Michelle Obama. Next to each gift is an estimated value.

As the BBC is reporting, the gifts range from extravagant (a "large desert scene on a green veined marble base featuring miniature figurines of gold palm trees and camels; large gold medallion with the Royal seal in a green leather display box; large brass and glass clock by Jaeger-LeCoultre in a green leather display case" from Saudi Arabia's Abdullah bin Abd al-Aziz Al Saud was collectively worth a cool $34,500.00) to the more economical (at a mere $400, an antique brass samovar, or tea kettle-like container, from Russian Prime Minister Vladimir Putin seems thrifty).

Check out some gifts, and see how much foreign diplomats spent, here:

PHOTO GALLERY
Gifts To Obama
Download
Calling all HuffPost superfans!
Sign up for membership to become a founding member and help shape HuffPost's next chapter
Join HuffPost
Voting Made Easy
Register to vote and apply for an absentee ballot today
Register now 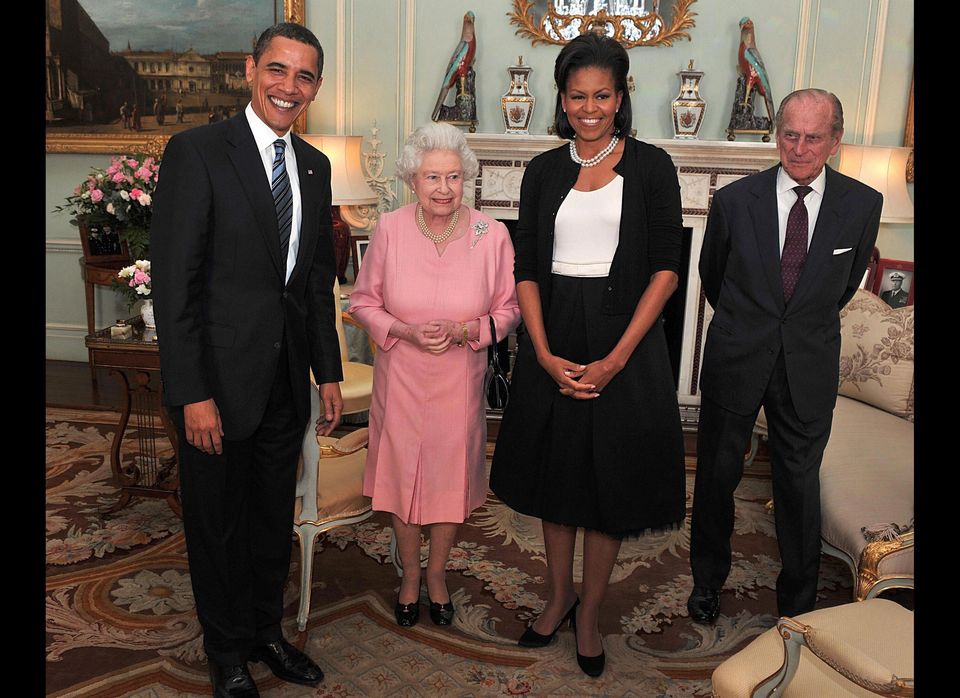 1 / 10
Queen Elizabeth II
The British Monarch gifted the U.S. president and his wife Michelle framed photographs of herself and Prince Phillip, collectively worth $775.00.
Getty