I was among those invited by the White House to be part of President Obama's historic visit to Havana over the past couple of days. While the President's entourage was largely a congressional delegation, representatives of various business concerns, and Cuban-Americans who have lived the pain of separation from their families all these long six decades, it was my honor to be recognized as a non-Cuban who cares deeply that the hope to reunite our two peoples is on the near horizon.

Speaking of that horizon, I stood on the beach in Ft. Lauderdale when I was nine years old, at the moment of the Revolution, making friends with the wonderful Cubans who were flooding into my hometown during the rapid and difficult time of their exile, and I asked my mom where Cuba was out there. She pointed toward that horizon and said to me, a little swimmer at that point: "There. It's right over there. It's so close, you could almost swim there."

And in the end, at the age of sixty-four, after five attempts over thirty-five years, I did in fact become the first person to ever swim all the way from Havana to Key West, 110.86 miles in 53 hours. That swim was always in the name of the power of the human spirit. But it was also a literal and metaphoric gesture to touch one shore to the other, one nation to the other.

Imagine my surprise to hear Cuba's President, Raul Castro, in his speech to President Obama this Monday, March 21, say at one point that, if Diana Nyad could brave the sharks of the ocean between us, surely we could find an easier way to make the connection between our two countries. And then President Obama made reference to that gesture in his response back to President Castro, saying that, indeed, we shouldn't have to go so far as to swim with sharks to progress toward full rapprochement.

As I came across Cuban in the streets, both friends I've made over the forty years I've been spending time in Havana and strangers who are easy to talk to, they quickly and eagerly say they are ready for change. This doesn't mean a disrespect for Fidel or Raul (their habit is to call their dignitaries by their first names). They are simply tired of their extreme level of poverty and the fact that they are forbidden to travel off the island. Many of the gorgeous colonial buildings are crumbling. You can literally see people eating breakfast in their apartments, the walls to the street completely missing. They have no cooking oil, no cough syrup for their children, no MRI machines to support their high level of medicine. 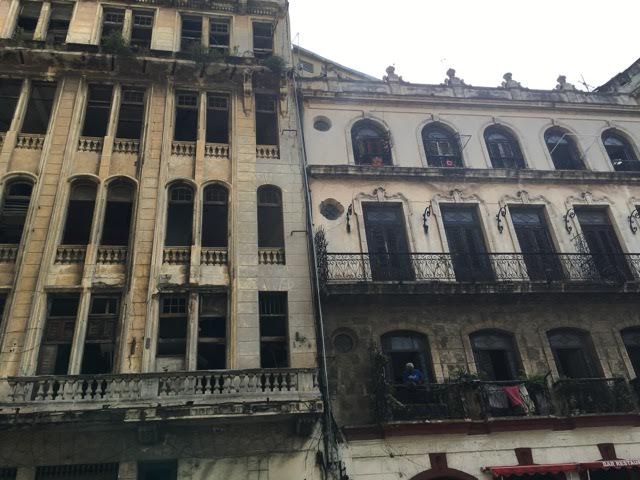 Every day, the phrase among Americans taken with the mystique of Cuba is that they want to get there before it changes. Why? They want to observe the dire poverty before the Cuban people have a chance to work and improve their daily lives? The historic preservation of the architecture, the charming cobblestone plazas, the flavor of Old Havana is in force. As the streets and buildings are restored, the Havana Americans are longing to see will still be there. But the people inside those buildings will be suffering less.

I was beyond lucky to hook up with a prominent Cuban American from Boston named Micho Spring. Micho left Cuba at the age of ten but, through her years of government affairs, from working with Mayor Kevin White and Secretary of State John Kerry, her heart has always kept its beat going for her native land, as is true for most Cubans in the U.S. Micho was actually asked by President Obama to consult with him days before his trip, to better understand the current perspective of the political and economic and human situation, both in Cuba and among Cuban-Americans.

Sure enough, in the President's speech to the Cuban people on Tuesday, in the magnificent Teatro de la Habana, I got to sit next to Micho. She was emotional, as were all the Cuban-Americans in the audience, and I daresay all those listening on television and radio from afar, as he point by point elicited the reasons that we need to remember our history, yet said it is time to move to a new day.

As we sat waiting for President Obama to enter, the Cuban crowd rose and roared when the famous dancer Alicia Alonso appeared at the balcony. Now blind and very old, Ms. Alonso, ever the statuesque dancer in her pink turban, waved to the crowd and many shed tears to see here there, a Cuban idol. 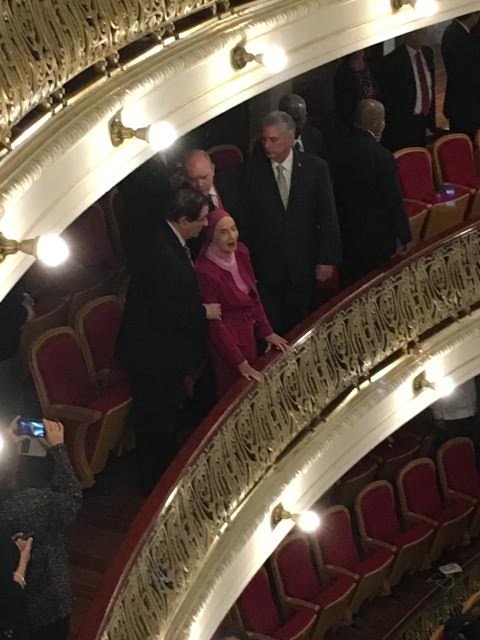 I was taken with the applause as Raul Castro then entered the theater. It was metaphoric that the Cubans clap in unison. They clapped for a very long time, staccato every second or so, and the force of that statement, all of them together, representing a multitude, was powerful. Contrast that to the American style of each individual clapping at his and her own pace and volume, when President Obama took the stage, and one could hear the echo of Obama's words that came half-way through his speech. He expressed it beautifully, that the Cuban philosophy is to consider the state first, whereas ours is to put the individual first.

President Obama's thirty-minute oration was divided by about fourteen minutes of humanist remarks, uniting our values, our collective friendship, and yet another fourteen minutes of the same. And the two minutes in the very center of his remarks directly addressed the main divide between us. He said he had no intent to force change on Cuba. He said we must leave those decisions to the Cubans. But he was also strong in saying his vision of a good life is to allow all people the liberty of expressing their opinions, even their opinions against the government, if done in a peaceful manner. All this, of course, in reference to the many political prisoners still in Havana jails, to the continued illegality of speaking one's mind openly, in anti-government diatribe.

Here is the conundrum. Both we and the Cuban people want economic opportunity on the island, especially opportunity that affords the educated professionals a chance to work at their deserved levels. We hope the Cuban people can soon travel anywhere in the world they choose. We also want easy travel for us to visit or even to live in Cuba as well. But the lifting of the embargo seems to hinge on the change of which Obama spoke, on the day when freedom of speech comes to their system.

Micho was kind to invite me to a gathering of the several American Congress members, along with several American business interests, such as American Airlines. Nancy Pelosi ran the meeting, where several people spoke their points of view, including Micho who chairs Friends of Caritas Cubana, a charity raising funds for humanitarian needs as well as funding micro-business people, such as farmers and fishermen who need just a little aid to get them working.

At the end of their meeting, Ms. Pelosi called on me, an outsider to the group, to be sure, to say a few inspiring words. I thanked them all for their work on behalf of reuniting our peoples and supported their adamant conviction, as well as the fervent stand of President Obama's, that no matter how long it takes, step by step, to make changes and finally meld together, abolishing the embargo is the crucial first step. 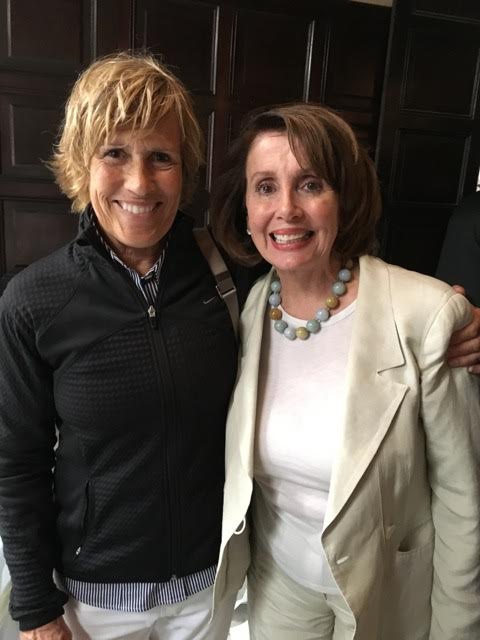 Many of my trips to Havana have been profound. I have had the chance to deliver sneakers to the magnificent Cuban athletes. My best friend Bonnie and I have gone to give sports clinics. I one day want to donate a beautiful Olympic pool to the Cuban swimmers, perhaps my legacy there. And this time I took a private moment to visit the rocks at Marina Hemingway and flash back to the five times I stood there, both fearful and confident, in looking out at that elusive horizon and hoping, believing, I would be the first to make it all the way across.

But on all those many visits, I have fallen in love with Cuba and its warm, intelligent, unique people. And this was the first time, observing first-hand the appearances of President Obama, in his inimitably engaging ways, that I truly imagined an open bridge between us. As a matter of fact, why not imagine a real bridge? I swam those hundred miles. What if you could hop in your car and drive from Key West to Havana, Havana to Key West, free, Cubans and Americans together at last?