The ever-shrinking right-wing-nutjob base can have Sarah Palin. My early money for the Republican Party's next presidential nominee is MSNBC pundit and former Florida congressman Joe Scarborough.

In case you haven't noticed, this Joe has been more ubiquitous lately than a cup of Starbucks Java on a New York morning. He's everywhere these days, all dressed up (suits vs fleece) with only one place he'd probably love to go: the White House. And if he plays his cards right, he could give President Barack Obama a very difficult challenge in 2012. 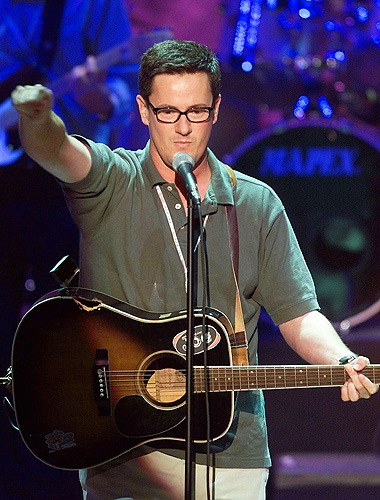 Scarborough's been smartly playing the moderate card lately, which is not what we can say for some of the other 2012 "front-runners" like Palin, Newt Gingrich and Mike Huckabee. These guys are so fringe in their ideology that they could never appeal to the all-important middle.

So what does Morning Joe have going for him? To begin with, he has legislative experience, having served Florida's 1st Congressional District from 1995-2001. And, having the hometown advantage in this hotly contested state would be a huge asset in a run for the presidency.

He's also a shrewd operative and knows the issues. He's a fiscal and foreign policy conservative and, though it's been eight years since he was in Congress, where he was socially conservative as well, he's embraced the center, especially when it comes to the environment, immigration and human rights. He's extremely articulate, charismatic and telegenic with a warm squint in the eye and a winning grin. A straight-talking George W. Bush-basher who's savvy and calculating enough to sense he can capitalize on his party's incredible frustration and dissatisfaction with its past and current leadership, as well as tap the wave of disenchantment among Democrats and Independents. He's a young (46) Tonight-Show-ready guitar player who could be the closest thing ever to the GOP's version of Camelot. And, he has great national exposure through his morning television program as well as constant appearances on other high profile NBC shows such as Meet the Press.

Scarborough presents one of the biggest potential threats to Obama, who voters will be judging, one way or another, over his handling of Iraq, Afghanistan, the economy and health-care....and how far he's perceived to have shifted the country's politics uncomfortably to the left. To be sure, the president is facing many uphill battles while staring at precipitous declines in his approval rating. He has failed to connect with voters over his health-care reform bill; needs to stem the hemorrhaging of jobs; has been under attack for racking up massive deficits; needs to figure out a successful Iraq exit strategy; and is stuck with a difficult war in Afghanistan, which is getting worse by the nanosecond. He's going to have to be nothing short of a miracle-man these next 2-3 years if he's to survive politically and fend off challenges from viable opponents like "The Scar."