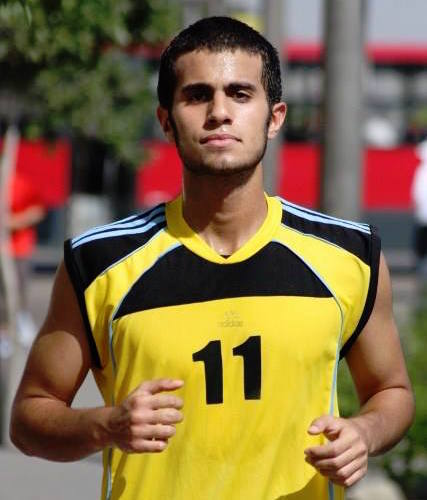 I experience different conditions, move between different cells, and meet different people. But one thing remains the same: The smell. The smell of a prison.

These were the words of the 20-year-old, Abdelrahman ElGendy, who has served three years in prison and still has to serve another 12 years. Went in 17 years old and will leave 32 years old. That's the type of regime Egypt is living with. One that bans any dreams and handcuffs any hope.

Abdelrahman was known to be an academic genius and a basketball champion. Although almost all students of the Egyptian high school curriculum take private classes in addition to their regular school attendance in order to get high scores, Abdelrahman didn't take any yet got 99.7 percent. He received a full scholarship to the engineering program at the German University in Cairo (GUC, one of Egypt's top private universities), and was planning on continuing the rest of the program in Germany with a scholarship from his basketball advancement.

But when in Egypt, and when under a president like Sisi, there's no future. Let alone any future for people like Abdelrahman.

A few months after the ouster of the elected president Mohammed Morsi, Abdelrahman wanted to try and document a protest, particularly after the murder of his friend's parent in the massacre of Rabaa sit-in in August 2013.

So on October 6th, 2013, he insisted that his father takes him to Ramsis Square to watch a protest. And just as they got close to the place and while still in their car, one of Sisi's police riots arrested and took them to the police station, because he assumed with an ill-mentality that the short beard of Abdelrahman's father meant that he belonged to the Muslim Brotherhood.

Although they both were promised their freedom shortly afterwards, they never did. Instead, they were transferred to another station. The "investigation period" then kept extending until the court eventually charged both the father and the son with 16 cases including murder and attempt to murder and disturbing the public peace on a national holiday. Yes, that last one is actually a charge. Then Abdelrahman and his father got sentenced to 15 years. Hold on to that: a 17-year-old got sentenced to 15 years in prison. That's even against the law since he was supposed to be treated as an underage.

Of course because of Abdelrahman's absence, the GUC expelled him, but that didn't stop him from working his way toward his ambitions. He managed to register himself in the engineering program of Ain Shams University (A public national university, known to be one of the toughest in Egypt, which permits prisoners to also enroll and undergo exams like other students). Abdelrahman is now studying on his own in prison and is starting his third year with very decent grades, specializing in mechanical engineering.

Abdelrahman's story may seem fiction to you. Or exaggerated. Or completely unbelievable. But stories don't stop at just Abdelrahman; there are over 41,000 other people in Sisi's prison.

Ayman Aly Moussa, an Engineering student at the British University in Egypt, sentenced to 15 years for protesting.

Omar Mohamed, 23 years old, was arrested from a restaurant in Cairo, taken to military intelligence, tortured, then got sentenced to life. No one understands why. Not even some intelligence officers and military prosecutors.

Atfal Elshawarea (Street Children), a troop of 6 young members who recorded political and social satirical videos in the streets through their phone's selfie camera. Four of them have been in prison for almost 2 months "under investigation."

Malek Adly, a human rights lawyer who tried to defend his land when Sisi sold two Egyptian islands, Tiran and Sanafir, to Saudi Arabia. He's been in solitary confinement for over three months, for defending his land. Again: Adly's in prison because the "Egyptian" president prisoned him for trying to defend his land, Egypt.

It's not the youth who deserve to be in prison. It's the dictator, the murderer, the traitor who deserves to spend the rest of his life in a cell. 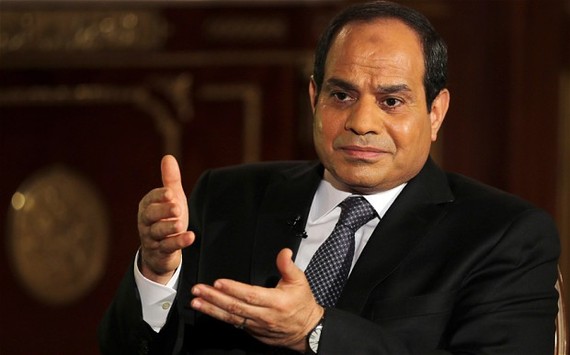 So why are youth always the ones to suffer? What have they done that scares Sisi to this extent? Spoken their thoughts out? Defended their friends? Dreamed of a country that respects humans? Oh, what a crime.

It is not the youth who deserve to suffer.