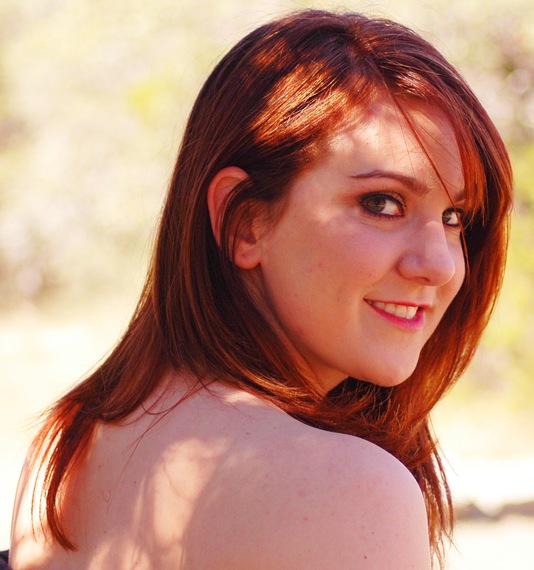 Martin O'Malley has invited us to attend the Democratic debate in Las Vegas on October 13. We want to ask the candidates to challenge laws that block the courthouse doors to people like us, who lost our daughter Jessi to a mass shooter and now owe $203,000 to his ammo dealer. The dealer, Lucky Gunner, plans to turn this blood money over to the corporate gun lobby.

We don't understand why a presidential contender like Senator Bernie Sanders voted in favor of a law called the Protection of Legal Commerce in Arms Act (PLCAA), which gun lobbyists wrote to prevent people like us from holding gun dealers accountable in court.

In 2005, the Republican-controlled Congress delivered a long-sought victory to the gun industry by passing PLCAA, the No. 1 legislative priority of the National Rifle Association, or NRA. Fifty-nine Democrats joined 223 Republicans and the House's lone Independent, Congressman Bernie Sanders, to pass the bill.

NRA Executive Vice President Wayne LaPierre hailed PLCAA as "the most significant victory for the gun lobby since Congress rewrote the federal gun control law in 1986." The NRA's intent in crafting and lobbying for this legislation was to end a spate of lawsuits by individuals and municipalities, including New York City, who sought to hold gun manufacturers and dealers liable for negligence when their weapons are used in crimes.

We never got our day in court. Our case was thrown out because of a law drafted and paid for by the corporate gun lobby before the judge could hear it on the merits. The purpose of our lawsuit was not to seek money, but to hold gun and ammunition dealers accountable by asking them to exercise a reasonable standard of care in selling lethal products.

Most reasonable people agree on the common-sense idea that manufacturers and dealers should be careful in selling lethal products. If dealers of guns and ammunition fail to exercise a standard of reasonable care to keep their lethal products out of dangerous hands - including people like felons and fugitives who have been prohibited from buying guns - then they should be held accountable just like dealers in any other industry.

If an auto dealer or rental agency gave car keys to someone who was visibly drunk and didn't have a driver's license, then they could be held liable when that drunk and unlicensed driver maims and kills someone in a car crash.

If a convenience store won't sell beer or cigarettes without checking the buyer's ID, then why would it be okay that the ammo dealer who supplied our daughter's mass killer sold him thousands of rounds of military-grade ammunition without even checking his ID?

We don't see why the gun and ammunition industry, unlike other industries, should receive special protection for failing to exercise reasonable care to keep guns out of dangerous hands.

Backers of the law claim it is necessary to keep the American arms industry in business. But it deprives gun violence victims and their family members, like us, of our legitimate right to have our day in court in order to hold the gun industry accountable for the maiming and killing of people that sometimes flows from their negligence in putting guns into dangerous hands.

There have been dozens of successful lawsuits against the gun industry in recent years. In response to those cases, the gun lobby has drafted legislation similar to PLCAA and successfully lobbied for the courthouse doors to be closed to these types of negligence suits in 33 states. It's a special exemption carved by and for the gun lobby to prevent injury victims and survivors of murdered people from holding the gun industry accountable to the same standards of reasonable care that apply to other industries.

PLCAA is a shameful law, bought and paid for by the corporate gun lobby, to slam the courthouse doors shut in the faces of gun violence victims and survivors like us.

Our daughter Jessica Ghawi was murdered along with 11 other people in a theater in Aurora, Colorado, three years ago. Last month, we watched the killer's face reveal nothing resembling remorse as he was sentenced to 12 life sentences. We believe that America's lawmakers have failed to protect public safety by failing to pass legislation that is still needed to keep guns out of dangerous hands.

Our daughter's killer went online and armed himself with 4,000 rounds of ammunition, a 100-round ammunition magazine, body armor and tear gas, all at the click of mouse, no questions asked.

We sued for injunctive relief, not for money. We relied on a basic principle of law: everyone in society has a duty to use reasonable care to prevent injury to others. We were never even given an opportunity to present the merits of our case, much less have a jury or judge decide if these companies were negligent. The judge dismissed our case on the first motion, citing PLCAA and a Colorado gun industry immunity law also crafted by the gun lobby, which blocked us from having our day in court. The same Colorado law now forces us to pay the kingly sum of $203,000 in attorney's fees and cost to the defendants.

It is outrageous that companies can sell a dangerous man an arsenal without getting any information about him, and without making any effort to see if he is a felon, a fugitive, a domestic abuser or dangerously mentally ill. When the killer had left a voicemail with a Colorado shooting range, the range operator knew that he was bad news and should be denied access to guns. But online gun and ammunition dealers allow people just like this killer arm themselves at the click of a mouse, offering express shipping but asking for no ID. We wanted to change that. And we still do.

The immunity from civil liability granted to licensed gun dealers and to gun manufacturers bars the courthouse doors to victims and survivors of gun violence. We should let judges and juries hear the facts of each case without giving blanket special immunity to firearm and ammunition manufacturers and dealers. Laws drafted and paid for by the corporate gun lobby should not deny victims and survivors of gun violence equal justice under the law.

We're carrying that message around the country through Jessi's Message, a nonprofit campaign named in honor of our daughter, to spare other families the grief that we endure every day.