On Monday afternoon, a few miles north of the Denver arena where President Barack Obama and his Republican challenger, Mitt Romney, will square off in their first debate Wednesday evening, a small group of parents and their children gathered for a climate rally. One youngster bore what appeared to be a colorful, homespun image of planet Earth in the shape of a heart. Other children held up images of tall smokestacks belching clouds of pollution, or signs bearing the number "350," a rallying cry that references what scientists say is the safe upper limit for carbon dioxide in the atmosphere -- a benchmark the planet has already passed.

At the end of the event, the group unveiled a billboard aimed at both presidential contenders. Emulating the hand-drawn style of a preschooler, the ad depicted a young girl flanked on one side by burning mountains, parched earth and an angry-faced sun, and on the other, by a soothing vignette of green fields, blue mountains, solar panels and a wind turbine.

"Dear Candidates," the sign reads, "Which way will you lead us?"

In a phone call, Lisa Hoyos, a co-founder of Climate Parents, one of the organizations behind the event, summed up the rationale for the rally. "As parents, we're concerned that an issue that will so seriously affect our kids' future -- and one that is already impacting communities across America -- is getting so little attention from both candidates," Hoyos said. "We'd like them to give us a really clear plan for how they're going to dramatically reduce emissions to the level that we need."

A more pointed comment came from 12-year-old Boulder, Colo., resident Xiuhtexcatl Martinez, who shared his thoughts with Hoyos when she was preparing an announcement for the event. "The survival of our generation is at stake because of the lack of action on climate change," Martinez said. "Neither of the candidates are taking climate change seriously, and it's the biggest threat we face as a human race."

Complaints that both Obama and Romney have been ignoring the true threat of global warming have reached a crescendo in the months and weeks leading up to November's election -- so much so that a coalition of nine different nonprofit groups, from the League of Conservation Voters and the Environmental Defense Fund to the Sierra Club and Al Gore's own Climate Reality Project, recently delivered a petition bearing 160,000 signatures to this evening's debate moderator, Jim Lehrer, urging him to quiz the two candidates on climate change.

"If the debate is intended to cover our nation's most important challenges, climate change must be part of the discussion," said Steve Cochran, vice president of climate and air at EDF. "The threat to our environment is simply too great to ignore."

And yet, environmental activists argue, the issue has been largely ignored, or downplayed, or otherwise set aside during campaign 2012 -- even as the planet has begun to buck and heave.

"Although Barack Obama and Mitt Romney sprinkle their speeches with mentions of energy and climate, they have remained stubbornly silent on the immediate and profound task of phasing out a carbon-based economy," declared the activists behind ClimateSilence.org, a website, launched last week, that tracks the candidates' public statements on the issue. "Their failure to connect the dots and do the math imperils our nation and prevents the development of a national and global plan to respond to the most urgent challenge of our era. It's time for their climate silence to end." 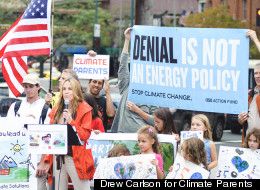 Pick your motivator: The month of July was the hottest month ever recorded in the lower 48 states since official record-keeping began nearly 125 years ago. As noted in a recent report prepared by key Democrats in the House Natural Resources and Energy committees, some 64 percent of the continental United States was experiencing drought in recent months. Wildfires are consuming huge swaths of the West. During the first half of this year, surface temperatures in the northeastern Atlantic Ocean shattered a record dating back to 1854. As Dr. Rhian Waller noted over at National Geographic two weeks ago, "This year has seen the Arctic sea ice sheet melt further, and faster, than has ever been seen before in human history."

A proliferation of polling data suggests that these events have not been lost on voters, particularly swing voters. And yet Romney -- who as governor of Massachusetts was once an eager supporter of clean energy, fuel efficiency and emissions caps -- has all but abandoned global warming as an issue, mocking regulatory efforts undertaken by the Obama administration that would curb greenhouse gases and deriding climate change in general during his acceptance speech at the Republican National Convention in August.

Obama, meanwhile, has made some in-roads on greenhouse gas reductions, including the development of tough new fuel efficiency standards for vehicles and a proposal for new limits on power plant emissions.

But the president has also argued for expanded domestic oil and gas exploration and touted the virtues of "clean coal" -- policies that environmental groups say undermine the idea that continuing to burn planet-warming fossil fuels is a real problem.

More than anything else, critics say, President Obama has failed to articulate to voters of all stripes, in clear and certain terms, that the time for incremental steps to address climate change is now over.

"What's lacking -- what's still lacking -- is visionary leadership on this issue," said Phil Radford, the executive director of Greenpeace USA, in a phone call this week. "There's a real desire out there to see someone really step up and lead, to work to get us off of oil and coal all together."

Whether the candidates will be asked to lay out their positions on global warming at Wednesday's debate -- and to defend those positions to an American electorate that deserves answers -- remains to be seen. I asked Lisa Hoyos of Climate Parents what she might ask Romney and Obama if she had the opportunity.

"I guess I'd say to them, 'As parents -- and you both are parents -- our primary responsibility is to safeguard our kids' future,'" Hoyos began. "Climate change is the biggest threat that puts that future in peril. What are you going to do to dramatically reduce emissions, scale up clean energy, and protect our communities?'"

That's what she would ask. What would you? 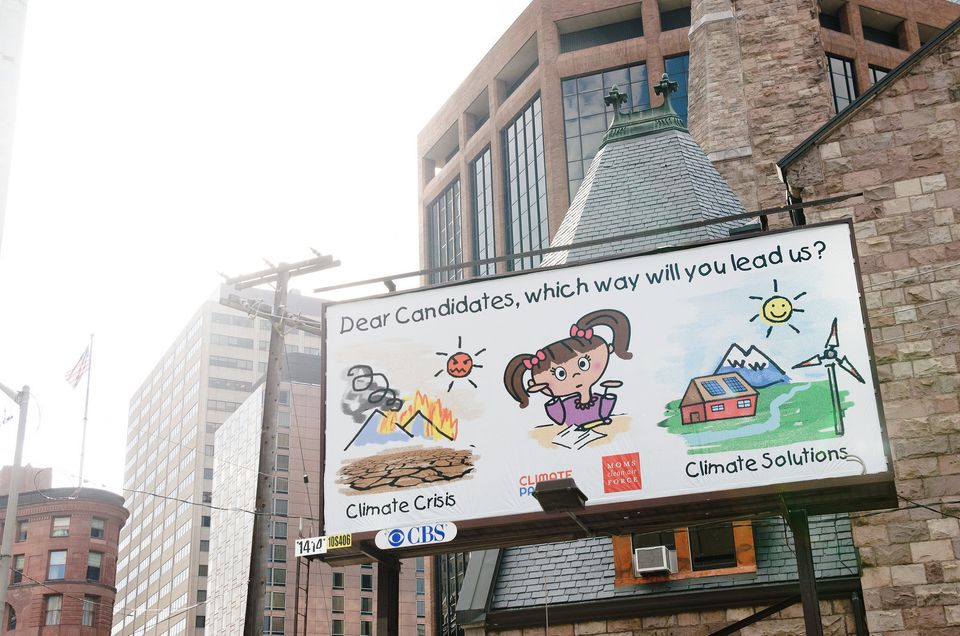