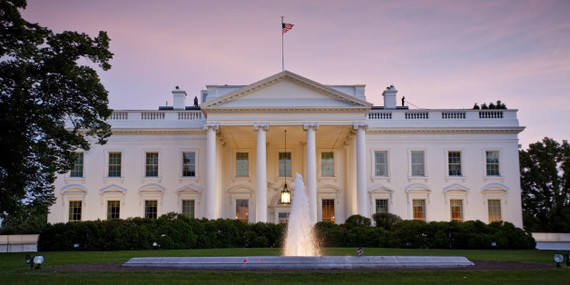 Ms., that vest you're wearing, the one that's struggling for the spotlight in a very squalid way, it's a reflection on you and the man who invited you to the Presidential Debate, not her. It's tattered and worn around the edges. Unfortunately, it confirms he only knows how to aim low, and while she moved on to repair her marriage, become a U.S. Senator, the Secretary of State and the first woman to become a major party candidate for the President of the United States, you got stuck in the past. It also reminds those of us who were around in the 90s that this is a rerun, a bad one at that.

Certainly, your involvement in her life back then hit hard and hurt her, as it would anyone. While most would have buckled under the pressure, she didn't. You didn't stop her. What makes you think your presence at a debate will jolt her or, like your vest, unravel her now? Even the Republican Party candidate's mentality, strange as it is, would crown her the winner to ALL THAT. In essence, if your 1990s moment of fame had been played out on his reality show, he would have fired you.

By the way, this is 2016 not 1992. Perhaps the Republican Party candidate is a bit confused, because her husband is not running for President. She is. But please Ms., do accept his shameful invitation, get comfortable in the front row, and face that badass woman. Because if you, the Republican Presidential candidate or his supporters think your presence at the debate is going to shake her, you're all wrong. For crying out loud, she helped orchestrate the plan to take down Bin Laden, and then, as one of the most powerful people in the world, she sat in the Situation Room and watched our brave Navy Seals do so.

Sure, your presence might bring in more viewers, make for what today is considered "great television", and it'll warm the bellies of those who support the guy with the bad hair. But for the undecided voters--men and women, young and old--who relate to heartbreak and personal battles like the one you're trying to return to the public's attention; to those who then worked through that heartbreak or walked away when a third party came into their marriage; and for those who were or are the third party in a relationship but care enough about the person they're involved with not to go public or seek revenge--well I'd bet they're going to side with her. Potentially, that's a hell of a lot votes! So get cozy in your seat, because your invitation from the Republican Party's Presidential candidate could become one of Hillary Clinton's best Get Out The Vote tools yet.

I'll be watching from home to hear about policy, and the party candidates' proposals to solve real problems facing our Nation and the world. So Ms., whether or not you're sitting in the front row, I want to thank you now. Once again, your presence will show that Hillary Clinton overcomes difficult situations. She finds solutions, and puts them to work. You prove that, no matter what is thrown at her, she doesn't quit. That is Presidential.