The rate of babies born prematurely in the U.S. dropped to a 15-year low of 11.5 percent in 2012, according to new figures released by the March of Dimes on Friday. The report revealed significant geographic differences in the preterm birth rate, from a low of 8.7 percent in Vermont, to a high of 17.1 percent in Mississippi. 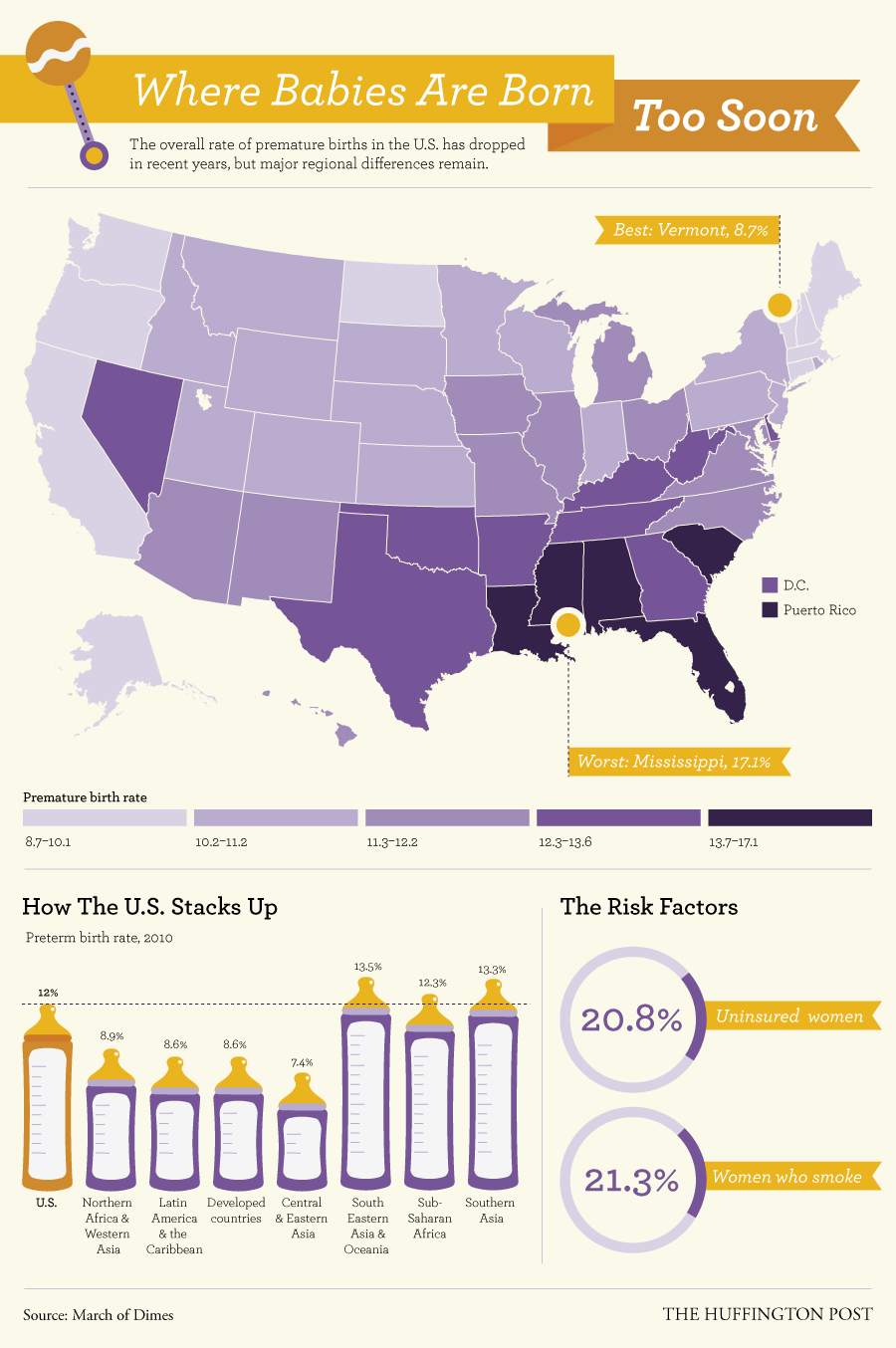 The report tracks several key risk factors for births before 37 weeks of gestation. Health insurance is one, and the number of uninsured women dropped from 21.9 percent in 2011 to 21.3 percent in 2012. The number of women who smoke fell from 22.5 percent to 20.8 percent in the same period.

"There are going to be premature births that women can't control, but to the extent they can change their behaviors, this report should empower women," said Dr. Edward McCabe, chief medical officer of the March of Dimes.

The March of Dimes has campaigned aggressively against non-medically necessary inductions and cesarean sections before 39 weeks, in light of research showing that even in the final weeks of pregnancy, babies' lungs, brains and livers are still developing. (This month, the American College of Obstetricians and Gynecologists and the Society for Maternal-Fetal Medicine changed the definition of "full-term" babies. Those born from the 37th week to the 38th week will now be called "early-term," while those born during the 39th week or the 40th week will be considered "full-term.")

Only six states had a preterm birth rate of 9.6 percent or lower -- the rate the March of Dimes has set as its national goal by 2020. The reasons for the state-by-state disparities are not fully understood, McCabe said, although factors including smoking and insurance play a role.

"It's definitely still aspirational," McCabe said, referencing the March of Dimes 2020 goal. "We've got to make significant gains -- it's not a slam-dunk -- but we're working hard to get us toward it."

CORRECTION: An earlier version of this graphic misstated the rate for South Eastern Asia and Oceania. The definition of "early term" was also corrected.