The "Pretty Little Liars" fan universe was set abuzz last week when a Reddit user, alleging to be a former employee of the show, released supposed spoilers from the upcoming Season 6 finale. Soon after, both show creator I. Marlene King and ABC Family debunked the truth of the claims.

However, while the Reddit leak appears to be false, a "Pretty Little Liars" fan has discovered a spoiler the show itself may have indeed dropped -- inadvertently or not.

As viewers know, Mona's mysterious redheaded friend Lesli Stone has returned this season. After the close of the most recent episode, she seems to be more involved with the liars' story than she lets on.

Well, "Pretty Little Liars" wikia user RedIsNewBlack has discovered a detail that may complicate her role even further, suggesting she could have -- gasp -- a twin. RedIsNewBlack points out that the description for the June 30 episode "She's No Angel" describes Lesli's sister. From ABC Family's website:

Mona returns to Rosewood in a very fragile state as she must answer to the police for faking her death. Matters only get worse when she is confronted by Lesli’s sister about Lesli’s inadvertent involvement in Mona’s plot. Hanna is determined to help Mona out, not only to reassure her she is safe from Alison but also to try and repair Mona’s friendship with Lesli. Emily tries to help Sara with her troubled home life by encouraging her to explore the possibility of emancipation. Spencer, on the other hand, finds help from someone from her past.

The only thing is: the episode that aired had no mention of Lesli's sister. This has led RedIsNewBlack and other "PLL" fans to theorize that the "Lesli" interacting with Mona and the liars in "She's No Angel" is in fact not Lesli, but her twin. The "PLL" universe is rife with twin hints, so, though it would definitely be a twist, it wouldn't be all that far-fetched.

In the episode, the liars discover that Lesli was a Radley patient alongside Bethany and Charles. But if she has a sister -- one whose name we don't even know -- the mystery could be even more layered. Tuesday night's episode is titled "No Stone Unturned." Until now, we thought that referred to Lesli Stone, and maybe Charles' gravestone, but could it actually mean Lesli Stone ... and her sister?

Alternatively, the writers could have originally planned to introduce a character that was Lesli's sister and then altered the story, without the synopsis getting updated. Hopefully, Tuesday's episode will give us some more clues.

PHOTO GALLERY
The lovely Lucy Hale
Download
Calling all HuffPost superfans!
Sign up for membership to become a founding member and help shape HuffPost's next chapter
Join HuffPost
Voting Made Easy
Register to vote and apply for an absentee ballot today
Register now 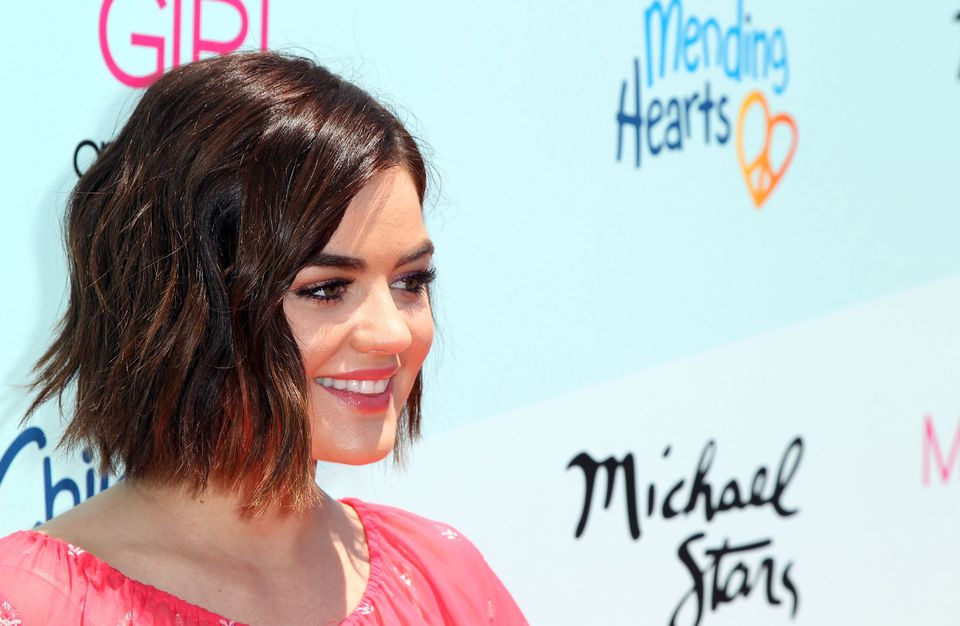