There's a common misconception that if you're not pounding the pavement as a runner, your knees are probably in pretty good shape. In truth, millions of women develop knee problems that aren't related to exercise at all but are the result of everyday wear and tear. One of the most likely culprits? Knee osteoarthritis (OA), a degenerative joint disease that breaks down cartilage and, in turn, causes bones to grind against one another, leading to painful inflammation. Not only has knee OA become more prevalent, it's also striking younger people. Researchers estimate that some 6.5 million Americans between ages 35 and 84 will be diagnosed with the condition by 2020, and the average age of diagnosis will have fallen from 72 to 55. What's more, women are at greater risk than men, possibly because their wider hips can increase stress on the knee. Being overweight just aggravates the problem: Every pound you gain adds four pounds of pressure on your knees, according to the Arthritis Foundation. Here are ways to keep knee OA from stopping you in your tracks.

Consider this veggie your lean, green joint-boosting superfood. In a 2013 lab study, a compound in broccoli called sulforaphane was found to help protect against OA. According to the results, sulforaphane—also present in other cruciferous veggies like Brussels sprouts, cabbage, and cauliflower—decreased the amount of certain enzymes that speed up cartilage breakdown. Sulforaphane is not found in frozen broccoli, so opt for fresh florets.

The calcium in milk doesn't just strengthen your bones. It may also help slow the progression of knee OA in women, according to a 2014 study in Arthritis Care & Research. The scientists looked at the distance between the bones in the knee and discovered that while they grew closer together in all study participants, the progress was significantly slower in milk drinkers; the more milk women consumed, the stronger the effect. Subbing in other calcium-rich dairy products may not cut it: Yogurt actually had no impact on OA, and cheese only made things worse, possibly because of its high saturated-fat content.

I don't have to tell you that the higher your heels, the more pressure you're putting on your poor feet. But did you know that those stilettos could also be contributing to OA? Researchers at the University of Southern California found that when women walked in 3¾-inch heels, they increased stress on the knee joints by nearly 90 percent compared with a half-inch flat. If you think switching to wedges is the answer, not so fast. It's true that a wider heel may help prevent ankle injuries, but it can also increase knee rotation. To be safe, choose heels shorter than two inches. Save going higher for days when you're not planning to do a lot of walking and switch to flats whenever you can.

One of the best ways to protect your knees is to make sure your legs are in tip-top shape. One study in Arthritis & Rheumatism found that women with the strongest quads were less likely to develop symptoms of knee OA two and a half years later. Here, two quick moves you can do at your desk:

While seated, start with both feet flat on the floor. Slowly straighten one leg out in front of you and hold for ten seconds. Then slowly lower it. Repeat ten times on each leg.

Sit on the edge of your desk with feet dangling above the ground and cross your legs at the ankles. Then raise both legs straight out in front of you and push your top leg down as you press your bottom leg up, creating tension. Hold for ten seconds. Aim for four sets, then cross your ankles the opposite way, and repeat.

The Painful Condition That Could Affect 6.5 Million Americans By 2020
Dr. Oz's Top Tips 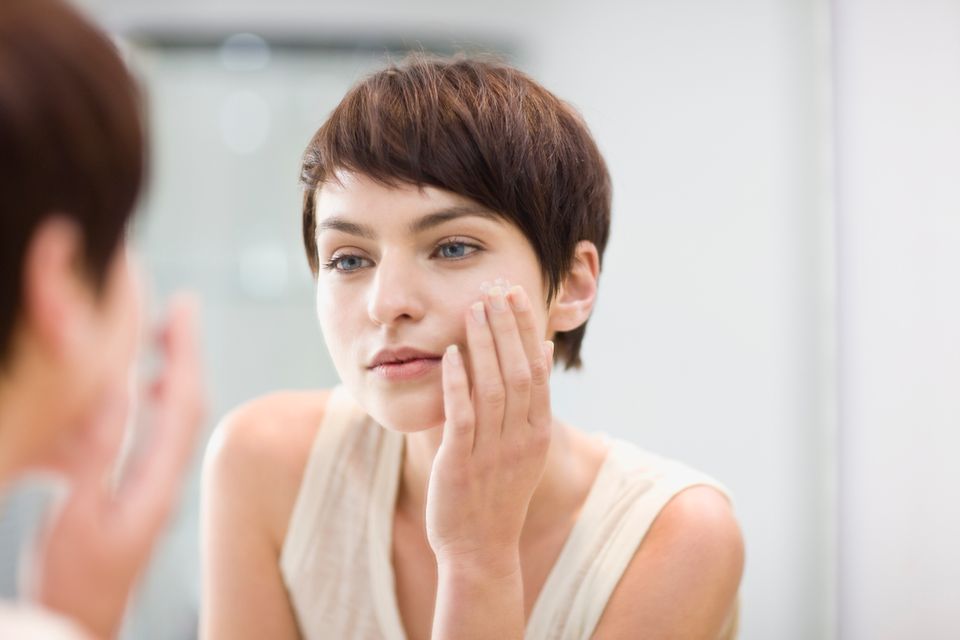 1 / 11
Let Your Face Guide You
One of the best ways to know if you’re eating right -- or if something in your diet is reacting strangely with your body-- is by looking at your face. If it looks bloated, you’re probably allergic to something you ate in the last 12 hours.
Getty