Last week the United States and China signed a landmark agreement to combat climate change. This is an important step in guarding against even more damage from rising seas that threaten major cities, increasingly common and severe storms that devastate lives and property, wildfires, drought, and the huge economic costs that already are mounting from climate catastrophes.

However, from my perspective as a paleontologist who has spent decades studying the impacts of climate change, both before and after people got into the act, there is an even bigger reason to forge global climate agreements. Allowing the climate change we're now causing to continue would virtually guarantee that human beings will be the first species in the planet's history bring on a mass extinction of life on Earth.

Mass extinction means that at least three out every four species you are familiar with die out. Forever. Extinction of that magnitude has happened only five times in the past 540 million years, most recently 66 million years ago, when the last big dinosaurs were killed by an asteroid strike. 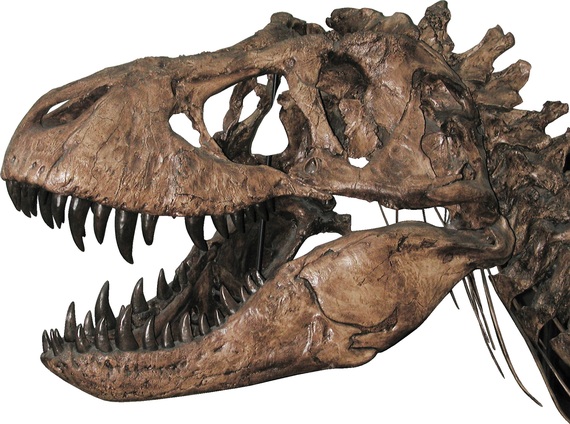 Today, even without human-caused climate change thrown into the mix, most scientists agree that we -- Homo sapiens -- have been pushing the world towards the sixth mass extinction from such long-recognized human pressures as habitat destruction (for instance from deforestation or pollution), poaching, and overfishing. The magnitude of those pressures is overwhelming when you start to think on the global scale. We've completely plowed, paved, or otherwise transformed 50 percent of Earth's lands, taking all those places out of play for the species that used to live there. With 7 billion of us (and more added every day) on the planet, the human race now takes more than a third of all the energy produced by plant photosynthesis -- so-called net primary productivity -- just to support itself. That means a third less energy is available to sustain life for all the other species on the planet.

The International Union for the Conservation of Nature has determined that, as a result of such pressures, at last count, well over 20,000 species are now threatened with extinction. That is more than a quarter of all evaluated species. Of course, the actual number of species hanging on by a thread is likely much higher, given that many species have not even been evaluated yet. 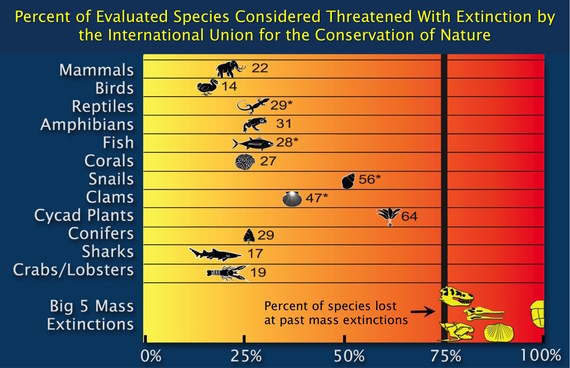 Adding today's human-caused climate change -- and especially the accelerated changes projected under business-as-usual scenarios -- into the milieu of extinction drivers is like adding a match to gasoline. One reason is that the planet is rapidly heating up to a temperature that most species on Earth today have never experienced. For example, never in the 160,000-year history of the human species have we seen an Earth as hot as it will be by mid-century. Keep that warming going until the year 2100 and Earth would be hotter than it has been in the past 14 million years; that is the trajectory we are now on. Most species alive today, however, have only evolved to cope with climatic conditions that have existed over the past 2 million years.

The rapidity of human-caused climate change is the second big problem causing extinctions. Today, climate is changing at least 10 times more quickly than living species have ever experienced in their evolutionary history. That means that evolving to cope with the newly emerging climatic conditions is not an option for most species, because evolution has a speed limit usually reckoned in thousands to millions of years. Evolving to meet such a severe climate challenge over a hundred years or so simply exceeds most species' adaptive capacity, ultimately because genetic mutation rates are so slow. The exceptions -- the adaptive winners in the climate change game, if you will -- are species that reproduce quickly and in prodigious numbers, like flies, mosquitoes, rats, and mice.

Easier than adapting, of course, is simply up and moving, which species have been known to do during past times of climate change, though none of those past climate changes was as rapid as what is happening today. But even in cases where species could theoretically run quickly enough, on today's landscape, and especially given the shifting climatic regimes of the coming decades, there is nowhere to run to. Not only are the few remaining patches of habitat that contain diverse species separated by impenetrable human-modified and human-dominated landscapes and seascapes, but ongoing climate change promises to steal the very habitats that now support most species on the planet. On land, as much as two thirds of all species live in tropical and subtropical forests, yet climate models indicate that by the time babies today are middle-aged, the climate required to support those tropical and subtropical species will disappear over large swaths of the lands where they currently live and will be found nowhere on Earth.

In the oceans, it looks every bit as grim if we do nothing to slow climate change. Both experimental and modeling research indicates that warming waters and the other byproduct of elevated greenhouse gases, rising acidity in the oceans, would likely cause coral reefs to disappear almost entirely by 2070. These "rainforests of the sea" support 25 percent of all the ocean's species -- and 10 percent of the world's fisheries, which provide the principal protein for hundreds of millions of people and inject billions of dollars per year into the world economy.

Avoiding such dire scenarios requires a multi-pronged effort to address all known extinction drivers -- including protecting remaining habitats, halting poaching, cleaning up pollution, slowing and stabilizing human population growth, and ascribing economic value to biodiversity in general and to keeping species like elephants and tigers alive rather than selling their bodies for parts. And indeed, efforts focused in those directions have proven successful in bringing some species back from the brink.

But human-caused climate change has fundamentally changed the extinction game to one we are destined to lose if we simply continue business as usual. The only way to prevent the extinction of thousands of species will be to slow greenhouse warming dramatically, which requires rapidly shifting from a fossil-fuel economy to one dominated by carbon-neutral energy. Numerous analyses have shown the technology and expertise exists to make this possible. All that's standing in the way is deciding it's the right thing to do. 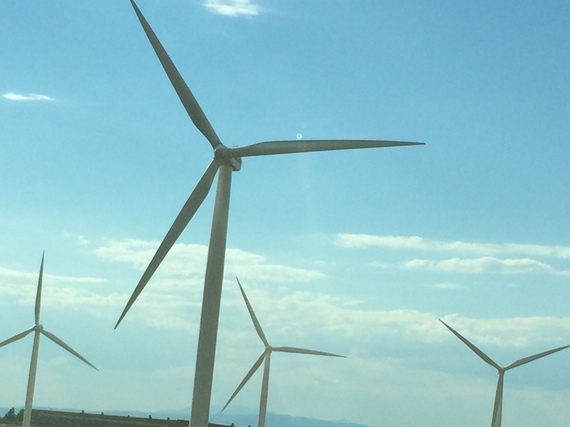 It is still unclear whether the world is ready to do anything about climate change. The follow-up to last week's historic climate agreement between the United States and China will be telling. And while it's appropriate that world leaders are weighing the immediate human impacts against the costs of climate action, it's also essential that they, and the rest of us, see the bigger picture. The most critical accounting needs to be reckoned in lives, not only of individuals but of entire species. That accounting under a business-as-usual scenario rapidly adds up to the sixth mass extinction. And, while many impacts of climate change may come and go and vary from place to place, extinction is forever.

Anthony D. Barnosky is a professor in the Department of Integative Biology, a curator at the Museum of Paleontology, and a research paleoecologist at the Museum of Vertebrate Zoology at the University of California, Berkeley. His new book, Dodging Extinction: Power, Food, Money, and the Future of Life on Earth (University of California Press, fall 2014) explains how we can get climate change and other extinction drivers under control to avoid the sixth mass extinction. He also talks about these issues in the upcoming film Mass Extinction: Life on the Brink, to be released on the Smithsonian Channel Nov. 30.