Israel is too often caricatured, distorted, turned into a polemic. But for millions, it is home, the setting of their childhood, of first kisses, family picnics, tough break ups, fond memories of all kinds. When you look at the faces of those who created the country -- native pioneers, the Holocaust survivors, emigres and refugees from Muslim countries -- then it becomes impossible to approach it like some abstraction. The faces of the people who built the state, disarmingly innocent, are a reminder of our common humanity.

Over seven years ago Ian Sternthal accidentally wandered into the Pri-Or Photohouse on Tel-Aviv's central Allenby Street. He was intrigued by the large black and white portraits in the shop's windows. That curiosity changed his life, and for the past seven years he has been painstakingly working to salvage the shop's work and to turn it into a documentary project. He wants to share the magic of those early years and of the shop that has become a cultural treasure and a cornerstone of Israeli cultural history. You see, Pri-Or (lit. "fruit of light") is not just any photo shop. In Israel's early years, it was THE photoshop -- where everyone from the Prime Minister to school children needing passport photos sat on the same, small wooden bench to be immortalized. Golda Meir, Israel's own Iron Lady, is said to have refused to stop smoking to have her passport photo taken. The anecdotes are innumerable. 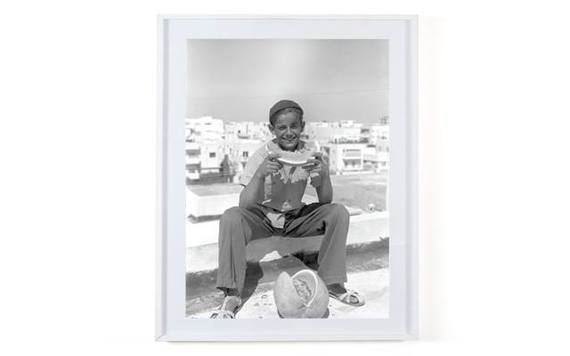 The Pri-Or Photohouse's collection of faces is witness to the past and a testimony to the uniqueness of Israeli society -- its disarming informality and the charming lack of hierarchy that used defined it. Every shot tells a story, the story of Israel beyond the headlines and propaganda; the story of Israel the people. 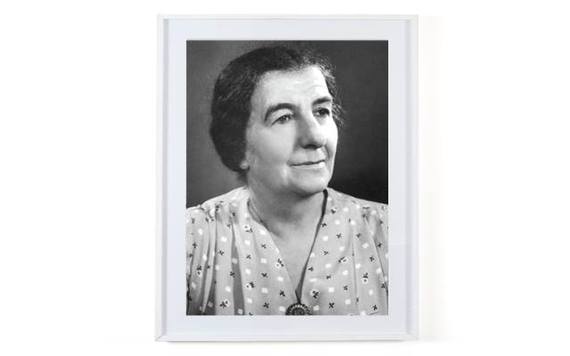 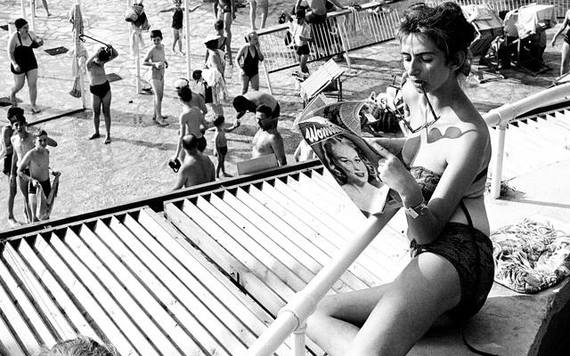 And that is what Ian is working so hard to save.

That is, if he can fund the Kickstarter campaign he recently launched. 'Zalmania' -- what he is calling the project -- will include a large format coffee table book filled with the many faces of Israel's past, an ebook which will include a short film he's working on editing, and traveling exhibits. The project will for the first time bring together thousands of digitized portraits from the shop's archive.

With months to go before he finishes the work of digitizing the images, he needs to raise 25,000 dollars, or else all his work will have been in vain. Kickstarter only rewards those projects that meet their fundraising goals, so for Ian and Pri-Or, it's all or nothing. In exchange for contributions, backers are rewarded with a variety of gifts: photographic prints, copies of the book, a clamshell box limited edition, etc. "I turned to Kickstarter because I did not have the time to deal with writing extensive applications for grants, I'm in the thick of the work itself - and after years working alone, I realized I could not finish this without help." (Contributions can be made here. Donations above a certain amount allow you to buy unique prints.) Meanwhile, Ian continues to lovingly scan the thousands of shots and portraits stored at Pri-Or, one at a time.

Ian also filmed Miriam Weissenstein for years until she passed away in 2011. He's captured many unique moments of Miriam interacting with people who would come back decades later searching for images of loved ones. According to Ian "in many ways the shop is like a microcosm of Israeli society -- you had Miriam a European immigrant, her Sabra (i.e., native-born) grandson Ben, Yuri, the assistant who came during the recent Russian immigration, Israeli clients of every possible background from Morocco to Ethiopia, and Leti, Miriam's Filipino caretaker." He hopes to edit a short film that would be part of the ebook and future exhibits. 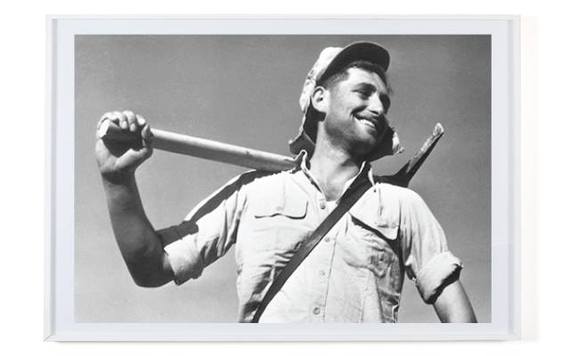 It was Miriam's dream to create a book of faces and through the publishing company he founded, Ian is close to making that wish real. "It's ironic that at the time, these were considered banal images" he muses, "it's only when we look back at them now that their true meaning comes through."