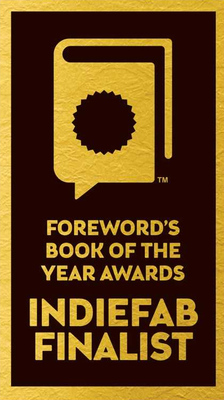 Foreword Reviews named Michael Putzel's book, The Price They Paid: Enduring Wounds of War, a finalist for Indiefab Book of the Year, the award sponsor announced.

Foreword, which focuses on books published by independent publishing houses and university presses, uses a panel of booksellers and librarians to choose the top fiction and nonfiction published outside the "big five" publishers that once dominated nearly all book sales in the United States.

The Price They Paid, released in 2015 by Trysail Publishing of Washington, follows the lives of pilots and crews in one air cavalry unit that flew through the most intensive helicopter warfare ever and explores how that experience changed their lives. The author flew with the unit as a war correspondent in Vietnam and years later tracked down the troops to learn what had become of them in the decades since the war. He discovered the war deeply affected them all, leaving many with invisible wounds they still endure.

Indiefab Awards honor "the very best of indie publishing each year," Foreword said. Winners of the 18th annual awards, selected from thousands of independently published books, will be announced at the American Library Association conference in Orlando, Florida, in June. "The strength of the list of finalists is further proof that small, independent publishers are taking their rightful place as the new driving force of the entire publishing industry," said Victoria Sutherland, publisher of Foreword Reviews.

The Price They Paid was selected in January as a favorite of the media group's own reviewers. It was one of four works of nonfiction cited as "the best of the best" books reviewed in 2015.