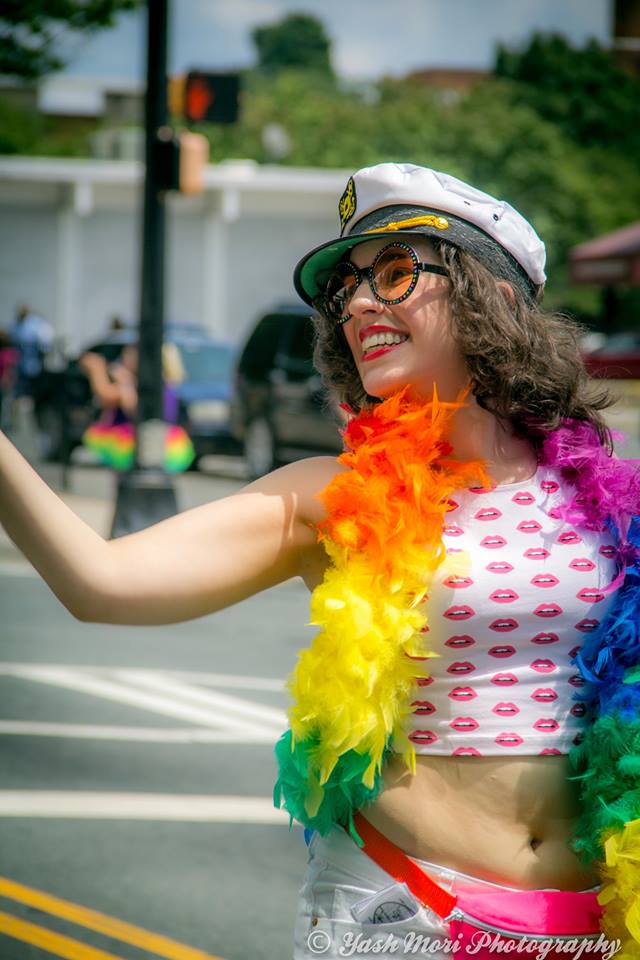 Charlotte has gone without an LGBT Pride Parade since 1994. We had enjoyed pride festivals throughout the years but lost the feeling of marching in feathers and waving flags. This past Sunday, as I reported for my local alt-weekly Creative Loafing Charlotte, we finally got to paint the streets in rainbow colors again. Hopefully those that have watched North Carolina at its legislative worst in the national news this year will see there's a good reason Charlotte is still called the Queen City. We are pretty fabulous.

Not only was it my first time attending a Pride parade, but I got to march with the LGBT Community Center of Charlotte. Donning a captain's hat, white hot pants and a rainbow boa, I blew kisses at babies. A man screamed "I like your fanny pack!" at me from the audience. I giggled at how Glenn Griffin, the director of operations at the Center, carried the purse of the Center's Board of Trustees chair while holding his part of our banner.

While Pride can't totally fix what happened in North Carolina law-wise, it made me feel proud again to call Charlotte home. I will always love the people in this city.

Here are photo highlights from the Charlotte Pride Parade 2013! 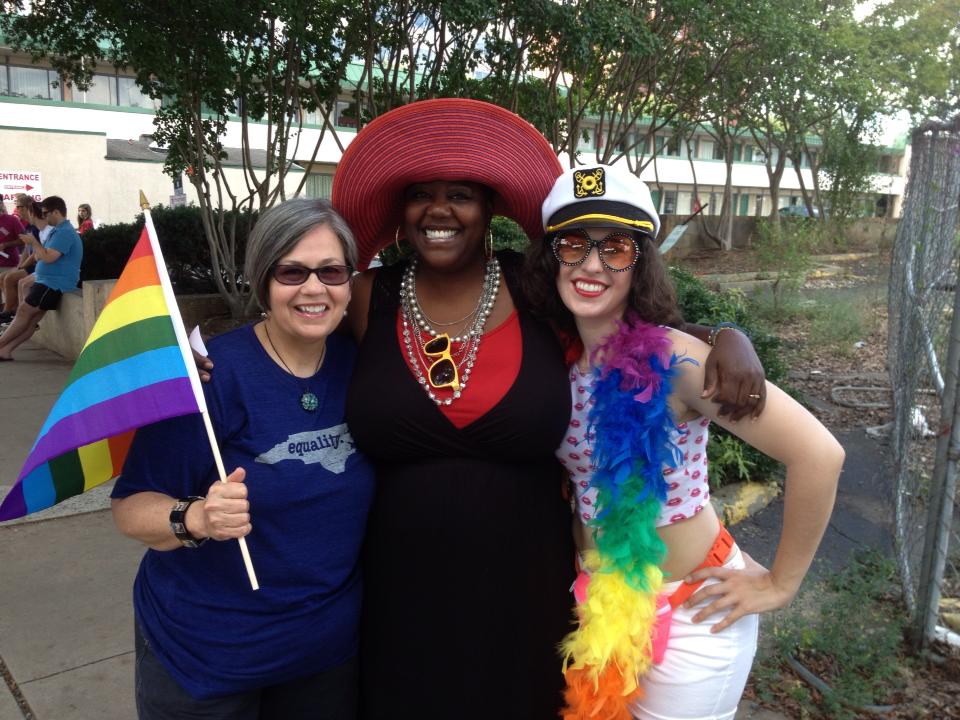 (From left: Rev Debbie Warren, founder of the Regional AIDS Interfaith Network, LaWana Mayfield, City Councilwoman of District 3 and me.) 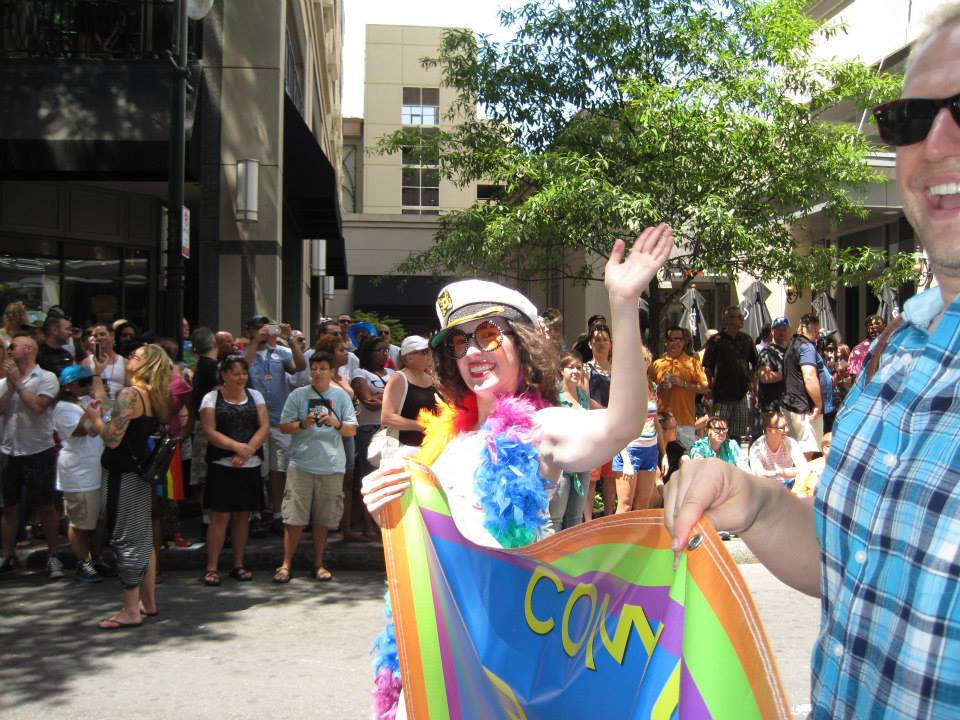 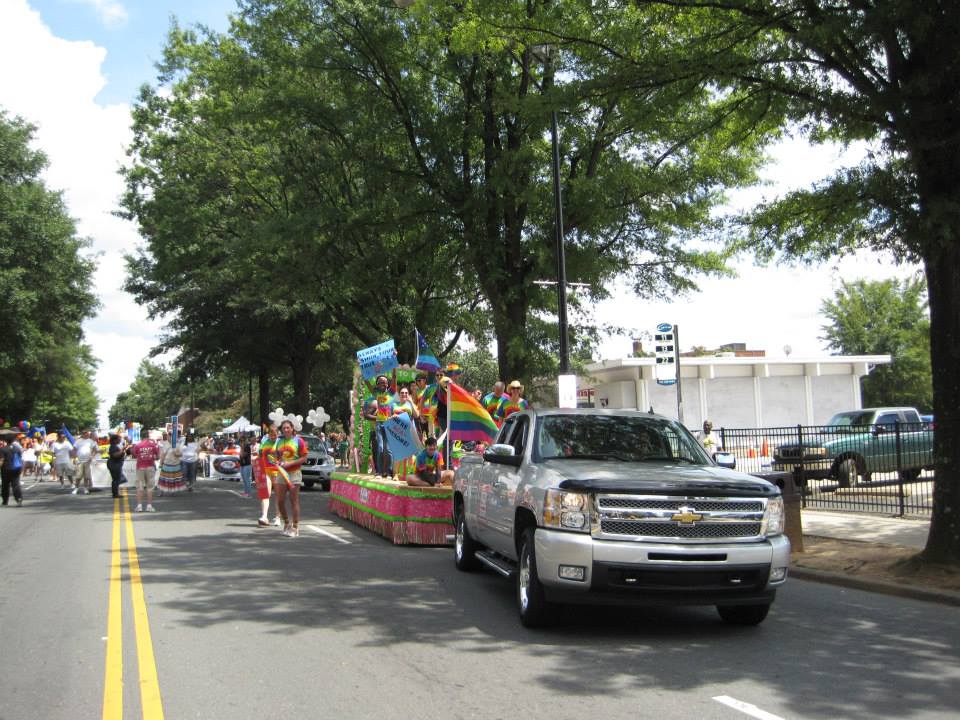 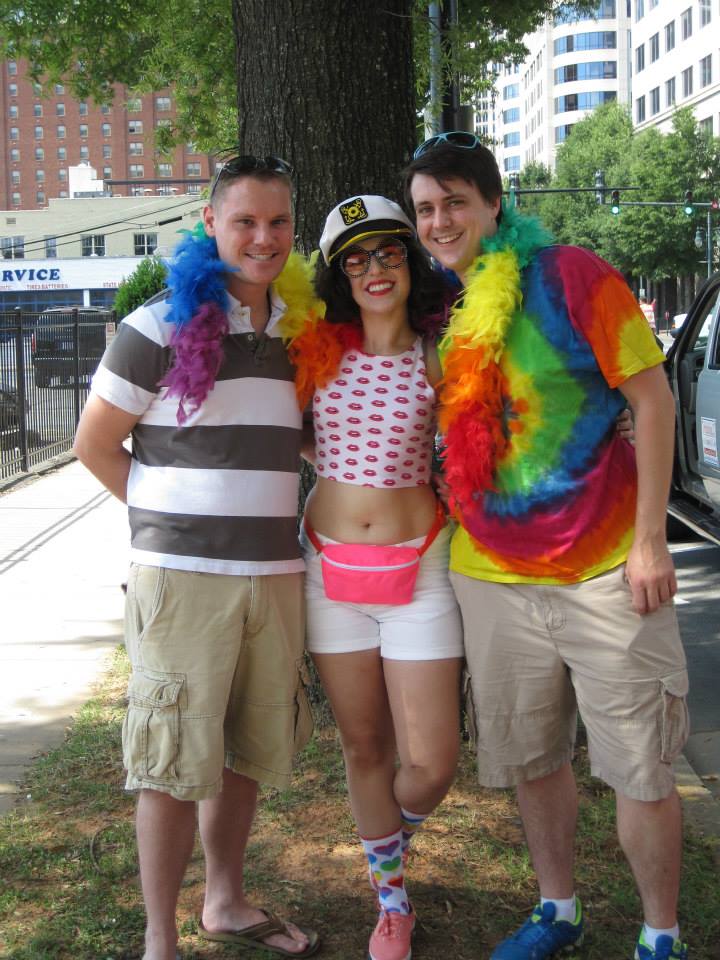 (From left: Mike Blizzard, me and O'Neale Atkinson, director of youth services for Time Out Youth. Photo Credit: Kelly McBryde.) 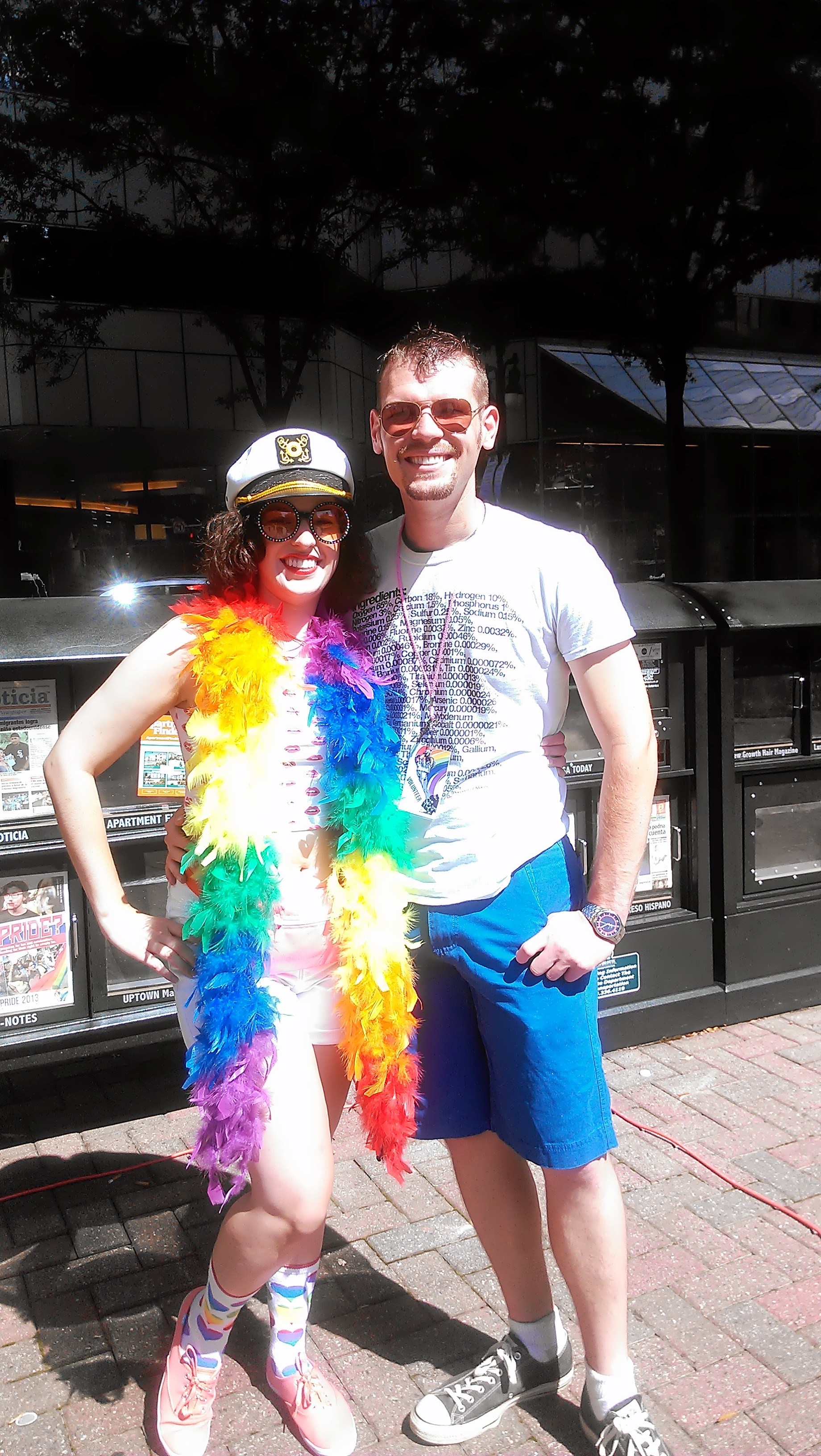 (My bestie/Pride volunteer for the day Fitz Bailey and me before the parade started. Photo credit: Kelly McBryde.)